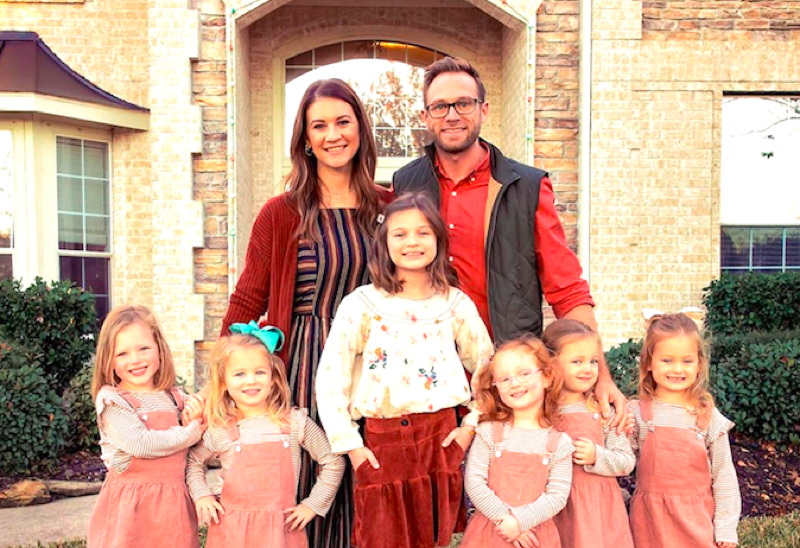 OutDaughtered spoilers and updates tease that Danielle Busby fell in love with a puppy. She and Adam thought about taking it home, and eventually, she succumbed. So, the kids all got a really nice surprise. They kept it a secret while Blayke visited her cousins in Louisiana. Adam shared a cute video showing the kids meeting their new fur baby for the first time.

Recently, Danielle Busby took a lot of heat from critics about taking a vacation with girlfriends. However, a few years ago, Adam took all the heat. That happened when he surprised Danielle and the kids with a puppy. On TLC, fans saw how angry Danielle felt. After all, she argued, she had enough little people to look after without taking on a dog. However, she soon fell in love with Beaux, the little Frenchie.

New OutDaughtered spoilers revealed that little Beaux Dog fell ill. In fact, it was Danielle who stressed about the cute little pooch. She took him off to the vet who gave him some antibiotics and probiotics for his upset tummy. When Danielle brought him home, she wrapped him up warmly and cuddled up to the little dog. Since then, the TLC star fell in love with another fur baby. 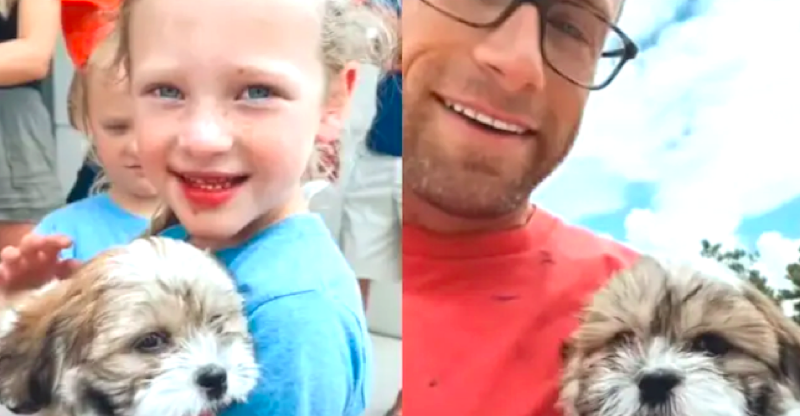 Taking to his YouTube channel, It’s A Buzz World this weekend, Adam shared how they kept the pup secret from the kids. He said that they saw the pup and Danielle really liked it. Later, she and Blayke saw it again. So, she discussed the possibility of getting it. Then, Adam said she sent him a text, saying “she couldn’t sleep” for thinking of the puppy. So, they finally went and got it.

OutDaughtered spoilers also revealed that Adam and Danielle didn’t rush into it. They thought about it and talked about it. However, they didn’t say anything to the kids about it and never mentioned it on social media either. That’s because Blayke visited Louisana and they wanted to surprise her. On Sunday, Adam shared a YouTube Video about the moment the kids met their new pup. It’s a half Shih Tzu and half Bichon Frise named Gus the Teddy Bear.

As you can imagine, the Busby kids were over the moon when their new companion for Beaux arrived. First, Adam and Danielle Busby surprised the quints at cheer camp. Then later, they surprised Blayke and Hazel when they returned from Louisiana where they visited with their grandparents.

Blayke seemed the most thrilled as Danielle had told her on FaceTime they never got the puppy. In fact, she told her mom that Gus is hers, as she’s “already got Beaux.“