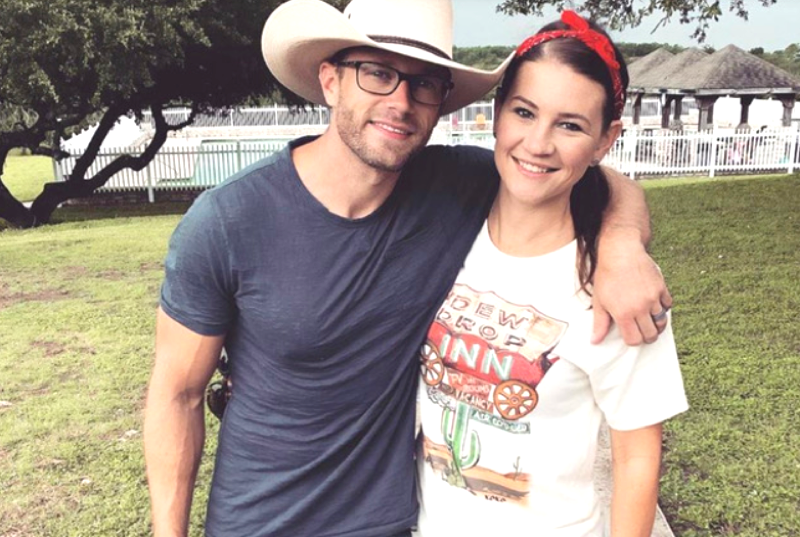 OutDaughtered spoilers and updates tease that in 2018  Adam and Danielle Busby moved into a home with a swimming pool. It came after their house needed urgent work done on a mold problem. At the time, fans slammed the family for bad parenting as the pool wasn’t fenced. Well, they later purchased the home and slowly did some work on it. This summer, the quints, and Blayke have a pool that looks like it’s set in an exotic vacation destination.

Last week, Danielle Busby shared that she still hunts around for some decent chairs for their new fire pit. Plus, she showed some photos in her stories that revealed she worked hard on the outdoor change rooms and toilet for the pool. Actually, for some time, the kids couldn’t use the pool. Adam told his fans that they brought in some experts. In June, they resurfaced the pool. Plus, they laid a new cool deck.

OutDaughtered spoilers also revealed that the family went to Lake Charles this summer. There, the quints enjoyed using their nana’s pool. Well, when they returned home, it looked like both the resurfacing and the cool deck were completed. Back into the pool, the kids went, and soon, Blayke and Hazel also joined them. Actually, they stayed with their cousins in Lake Charles for a few days.

On July 3, Adam Busby shared some clips on his Instagram stories and said that he placed up some games in the cabana by the pool. The clips revealed the view of the pool and the new white cool deck from the cabana. Additionally, they showed the rows of sun recliners. Inside the cabana, there are tables, comfy chairs, blue and white awnings, and a TV. The old white awnings and drapes are gone now.

Looking at old photos of the pool area reveals the OutDaughtered spoilers that the pool area certainly went through some changes over the years. The cabana existed when they arrived, but they made it looks stunning. Plus, the old brown pebble deck has gone as well. Gleaming in the sun, the place looks good enough for a vacation!

OutDaughtered Spoilers: Hazel, The Pool And More From Danielle Busby

Pool Improvements Built Into The Budget

More OutDaughtered spoilers about the pool came from Adam Busby in June. He told TLC fans that in summer, the pebbles became so hot that they burned the kids’ feet. Also, they knew the pool would need resurfacing so they budgeted for it over the years.  Recall, last year, the TLC family refurbished the interior of the house.

Certainly, it looks like their investment in the house will pay off. It’s in a nice area, and these improvements will probably only push up the value of the home.

Remember to check back with us often for more OutDaughtered spoilers, news, and updates from Adam and Danielle Busby.