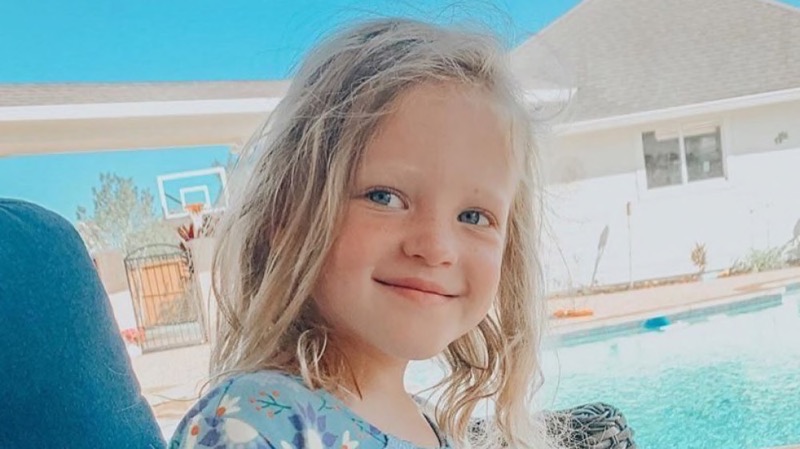 OutDaughtered saw that a few years ago, the Busby quints, sister Blayke, and their cousins went to the League City Christmas Parade. Actually, it was just near the end of the quarantine period during the pandemic. Back then, they all rode in the back of a truck as special celebs. This year, they returned again and Parker Kate Busby stood out.

OutDaughtered Family Attend Their 4th Year At the Parade

The Busby quints take Christmas very seriously and everyone gets a stocking packed full of treats. Of course, their pooch, Beaux isn’t forgotten. In fact, the family now has two dogs, as Gus also joined the family as Blayke’s pup. Actually, Beaux tends to look rather grumpy during the festive season because the kids love dressing him up.

OutDaughtered fans see that each year before they break from school, the girls enjoy their Christmas parties. Then the fun really begins. Usually,  they catch up with their grandparents, spend time with their cousins, and have some nice parties. Actually, they really get into the mood of the season. And, being at the League City Christmas Parade doesn’t seem to wear thin with them. This year was the fourth year in a row.

Danielle Busby took to her  Instagram Stories and shared some photos from the parade, Two of them showed Parker Kate being given some earrings by her Aunt Lili. In the caption, Danielle said, “She loves, loves all things girly.” Then she added, “these earrings make her so happy.” Next, she noted that they were restricted to Parker wearing them at the parade.

On her main Instagram profile, the OutDaughtered mom wrote, “Fun-filled day yesterday! 4th year in a row being in the League City Christmas Parade! LOVE THIS TIME OF YEAR, filled with lots of events, parties and so much family fun!”  Actually, sometimes Danielle Busby seems more enthusiastic about the season than the kids. Every year, she mentions how much she adores the fun of it all.

OutDaughtered fans took to the comments section on Danielle’s main profile page. One of them said, “the quints are really starting to look so grown up!!” Certainly, Parker Kate Busby looked very grown up wearing those elegant earrings.

Others enjoyed seeing the family having so much fun. One fan wrote, “I’m glad you had the best time❤️.”

Although TLC didn’t bring a new season this year, the quints and their mom and dad remain huge favorites for reality TV fans. Hopefully, Blayke, Ava, Olivia, Riley, Hazel, and Parker Busby will return to TV in 2023.