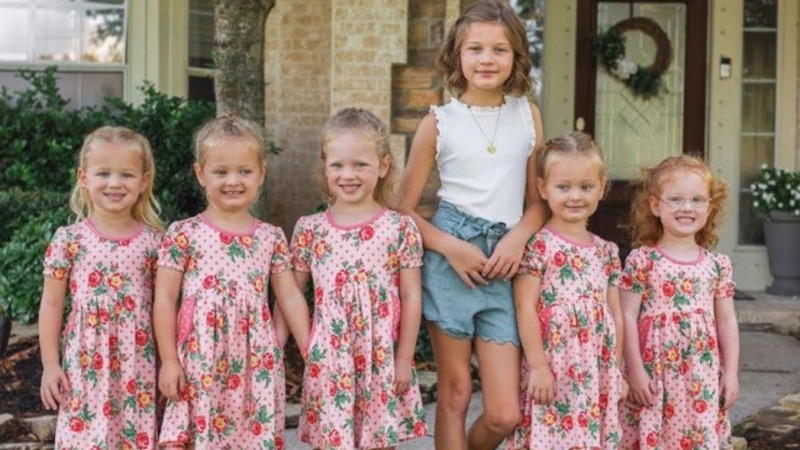 The OutDaughtered family certainly knows how to enjoy a party. This Christmas, the Busby quints and their sister Blayke throw themselves into the festive season with joy. Actually, it’s been a year for parties and good times for the family. The quints turned six and celebrated over multiple days, as did Blayke, who turned 10 years old. Before school started, they enjoyed another party, and now the school threw the kids a Christmas party where they all had a blast.

Danielle Busby loves the festive season. So, back in November, the TLC star posted up several photos of the family at the College Station in Texas. The photos revealed that the family posed while they also enjoyed the festive ambiance of it all. Danielle captioned her photos with, “I know it’s early but it’s what our schedule allowed 😉☺️ Bring on all this Christmas! 🎄I love it so much! 💚♥️ ‘Merry early 🤪Texas Christmas Y’all.” Since then, they all enjoyed a party a special seasonal launch for their clothing line, Graeson Bee.

The only one who seems a bit unimpressed with all these OutDaughtered Christmas celebrations and partying is the Busby dog, Beaux. Adam shared an amusing picture of the dog’s disgusted expression went the kids made him wear some Christmas antlers. Oh well, as Danielle always hangs up a stocking for their pet, he probably gets over it on Christmas day! However, that’s still over a week away. For now, the quints and Blayke focus on other seasonal events like their school Christmas party.

Taking to his Instagram on December 16, Adam revealed some photos of the kids all enjoying themselves. Blayke went along a well, as the quints attended the same school. He captioned it with: “Here are a few of the Girls’ School Christmas party photos from today. Man it was crazy!” Well, Hazel certainly seemed to love it as she posted very sweetly with her red nose and green antlers. Riley looked super-happy as well, and so did Blayke who hung out with her bestie. One photo also revealed Adam and Danielle getting into the spirit of Christmas with all the kids. 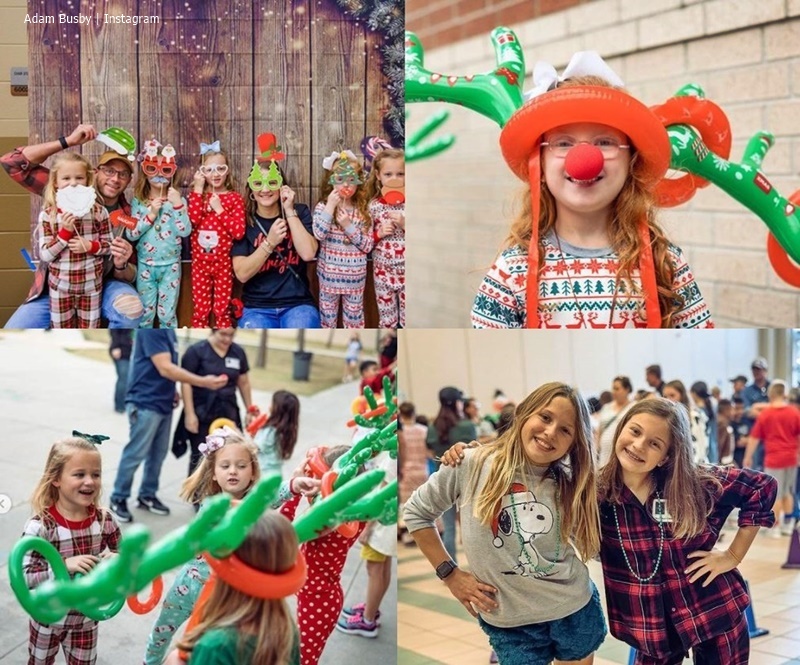 OutDaughtered fans reacted to the post and they just can’t get enough of those cute little girls on TLC. One of them took to the comments section and wrote, “So great their school is allowing parties and parents to join! 😍.” Then another one wrote, “So fun to see their smiles! I hope you all have a Very Merry Christmas 🎄 ❤️.” Plenty of fans also asked when they can expect another season of the TLC show.

When Is The Next Season Of The Show?

OutDaughtered fans clamor for more of the Busby family. So, they continually asked Adam and Danielle when the new season comes along. Unfortunately, they never respond. However, spoilers reveal that fans will see a lot more of Blayke when it does finally premiere.

Be sure to catch up on everything happening with the TLC family right now. Come back here often for more OutDaughtered spoilers, news, and updates.