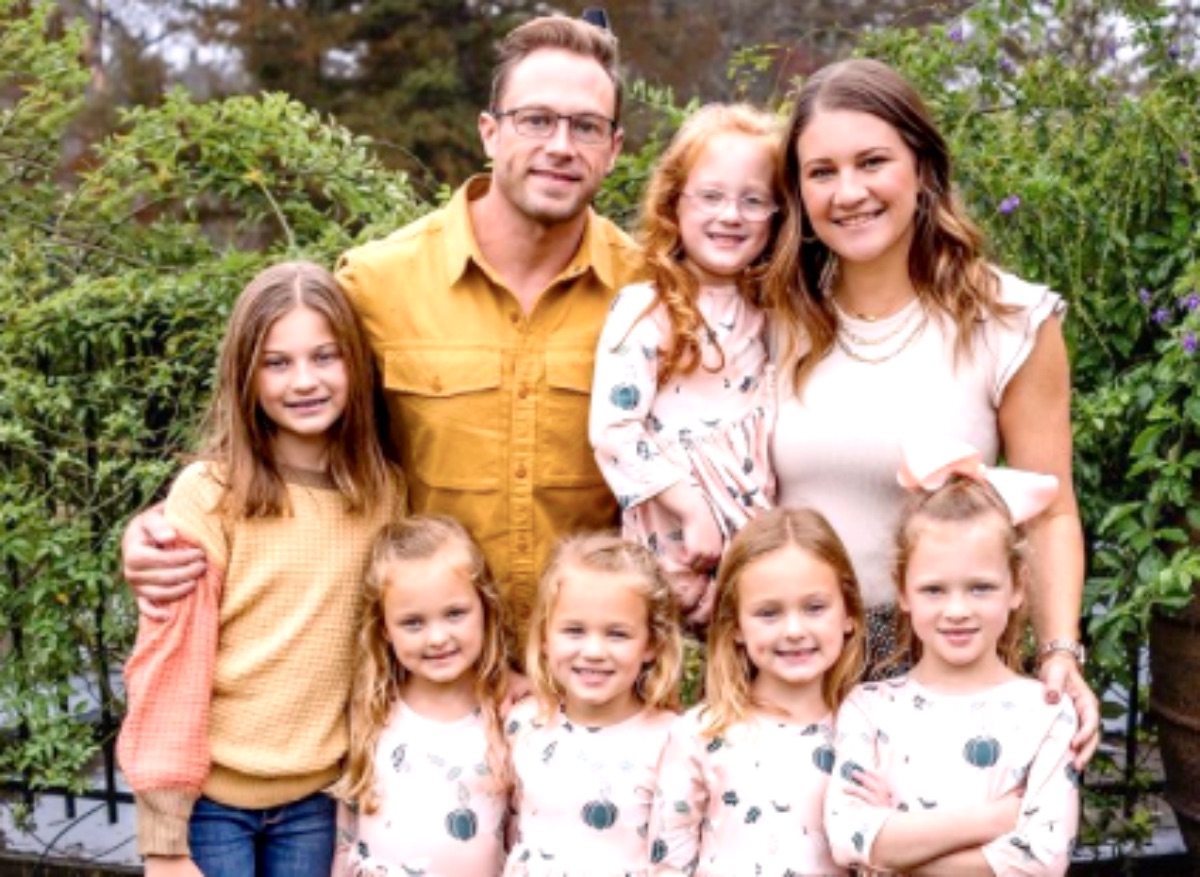 Outdaughtered just might rank number one for reality TV shows guilty of cuteness overload! Starring proud (but tired) parents Danielle and Adam Busby, Outdaughtered features a family of quints that have grown up in front of viewers’ eyes. And the latest spoilers hint that the busy Busby clan once again scores high on our “too cute” meter.

Find out about what got revealed at the quints’ recent visit to the doctor. Can you guess which one of Danielle and Adam’s daughters outweighed the rest? We’ve got all the Outdaughtered updates below, including an adorable video.

For most parents, an annual visit to the doctor just involves a quick check-up. Multiple that by five, though, and you’ve got a glimpse of what a doctor trip involves for Danielle Busby and her husband Adam Busby! At the most recent check-up, all the little Outdaughtered stars got weighed and measured.

That visit revealed which quint has become the tallest and weighs the most, per Soap Dirt. And it also resulted in a mystery that little Riley Busby tried to solve. Parker Busby, the last born quint and therefore the youngest, weighs the most and stands the tallest at 43.2 pounds and 3 feet, 9 inches. Riley felt baffled, questioning how her sister could be at once the biggest AND the youngest?!

In addition to the surprise from Parker, the doctor visit revealed that Riley weighs 39.4 pounds and is 3 feet, 7 inches tall. Petite Hazel weighs 36.4 pounds at 3 feet, 5 inches tall. And her sister Ava grew up to 3 feet, 8 inches tall, topping the scale at 42 pounds.

Adam Busby and his wife Danielle got help from the pediatrician in keeping the little girls entertained. As shown in the video, keeping track of quints seems comparable to herding cats! But the doctor did manage to show all of Adam’s and Danielle’s daughters how to listen to each other’s heartbeats.

The quickly growing quints (who became the nation’s first all-female quintuplets when they arrived in the world in 2015) didn’t all seem to catch on. Parker claimed that she heard nothing. But Riley disagreed.

Little Riley, who just might have a future as a doctor herself, proclaimed her sister Olivia’s heart as “beeping.” And she gave the cutest response when Adam teased that she didn’t possess a heart herself. “I have a beautiful heart,” announced Riley.

In addition to Ava, Olivia, Hazel, Riley, and Parker, Adam and Danielle parent their older daughter Blayke. And as Adam revealed on Twitter, he’s grateful for all of his daughters and wife! “Happy Thanksgiving from the Busbys,” tweeted the father of “beauties.”

Future episodes promise to show more about how Blayke manages to take on the role of big sister to five siblings! And we also look forward to catching up with Danielle and Adam on how these busy parents manage their famous daughters. Do you look forward to more episodes of Outdaughtered? Share your views with us. And then check back on our site for all the Outdaughtered news!

OutDaughtered Quint Hazel Busby Gets Lost In The Mirror Maze?