LPBW: Jackson And Lilah Roloff The Cutest Pumpkins In The Patch 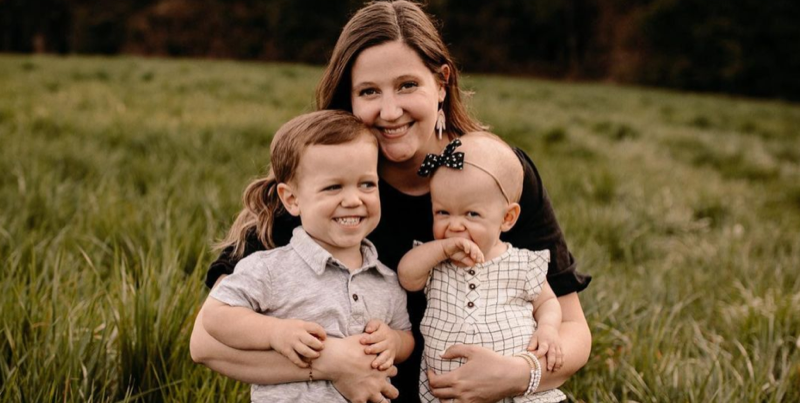 Little People, Big World, (LPBW) fans can’t get enough of Jackson and Lilah Roloff. Their mom, Tori can post away happily, and nobody ever complains. Now that fans see more of the kids on the TLC show, the network keeps fans in a state of joy. At the moment, Matt Roloff and his family run the annual Pumpkin Season event at Roloff farms. However, fans agree that Zach and Tori’s kids seem to like the cutest pumpkins in the patch.

LPBW – Jackson and Lilah Roloff The Best Thing On TV

Tori Roloff introduced her little boy, Jackson to them four years ago. Without exception, fans just love the little guy. In a lot of seasons, fans saw that Matt and Amy brought a lot of unpleasant tension. So, that made fans enjoy seeing the little kids even more. During Season22, a fan wrote, “I’m here for Jackson and Baby Lilah Ray.😍” Another added, “Jackson was so adorable on his scooter ❤️❤️❤️.”

LPBW fans who attend the Pumpkin Season always hope for a glimpse of Jackson and Lilah Roloff. This year, TLC fans also reported that Jacob’s wife, Isabel kept her promise, as well. One fan wrote on Instagram that she chatted with her. It came after Isabel assured fans that she and Jabob would attend. Well, for many fans, if they had a choice, they’d probably prefer meeting Jackson and Lilah.

LPBW Mom Shared Pic Of The Kids Amidst The Pumpkins

On October 7, Tori shared a photo of Jackson and Lilah Roloff in the pumpkin patch. In her caption, she credited her husband Zach for taking it. Her simple caption read, “🧡🧡🧡…Pic credit: @zroloff07 😏.” In the photo, Tori crouched down behind Lilah, and Jackson’s stood next to her. Cute little Lilah wore a dress the same color as the pumpkins. Additionally, she held a tiny pumpkin.

Meanwhile, LPBW star Jackson looked casual in a black tee-shirt and a pair of jeans. In the background, rows of pumpkins stretched away into the distance. Naturally, Tori’s followers commented. One of them, Counting On alum, Jill Duggar Dillard wrote, “Just lovely! 😍” Other fans also commented and you can guess that the photo made people feel very happy. In a world so ugly with division and worry about the coronavirus, the two kids seem like a breath of fresh air.