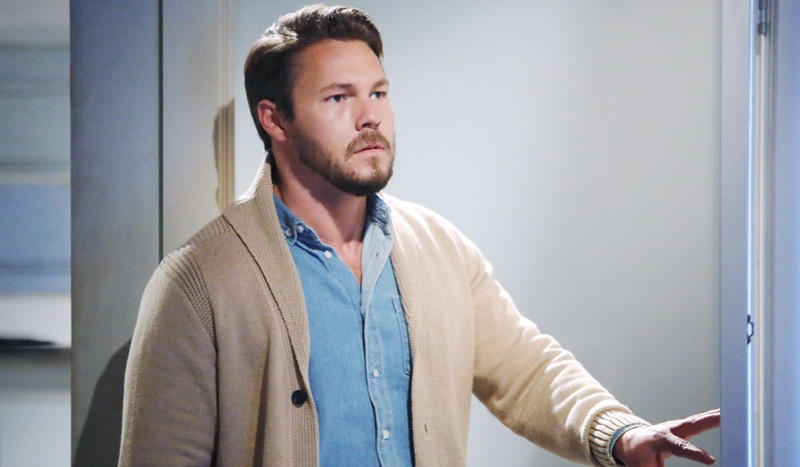 The Bold and the Beautiful (B&B) spoilers and updates tease that Liam Spencer (Scott Clifton) has returned to his plush life at the cabin with Hope Spencer (Annika Noelle). Other than routine Kelly Spencer (Avalon and Colette Gray) issues, he has no reason to be entangled in Steffy Forrester’s (Jacqueline MacInnes Wood) world as he had been for years.

Well, it is time for the status quo to change on B&B. While a Steam reunion appears unlikely to happen, Sinn or Lope fans continue to worry that it might.

The Bold And The Beautiful Spoilers – Sinn Wedding Set The Stage

Liam and Hope were at the Sinn wedding and reception. The nuptials went off swimmingly. The reception, not so much, as John Finn Finnegan (Tanner Novlan) returned from the guest house, where he went to check on a patient by phone when a super surprise guest appeared.

As an aside, Finn could have asked Eric Forrester (John McCook) if he could have gone upstairs. There are plenty of rooms in that famous mansion. But TPTB needed to write Finn to where Sheila Carter (Kimberlin Brown) was hiding out. Why would she choose that location if she wanted to secretly introduce herself to him?

B&B fans digested the above because it was Sheila. Anything goes when it comes to this all-time great villain. 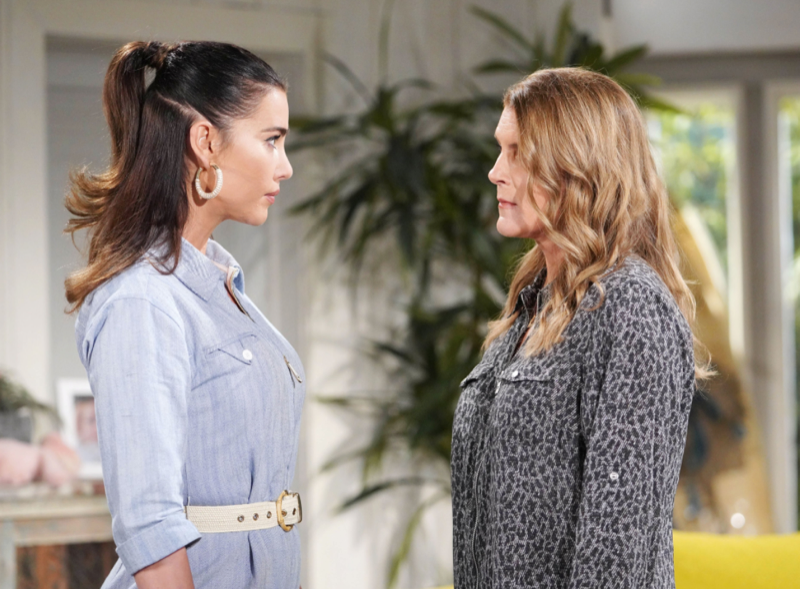 Liam was assured that Sheila was not going to be a problem. That conversation took place at the cliff house after he, Hope, Steffy, Finn, after the three kids enjoyed a day at the beach.

Finn said that he knew Steffy and her family’s terrible history with Sheila meant that she could not be connected to him or Sinn’s son, Hayes Forrester Finnegan (Samantha Worden and Piper Harriet). Steffy was naturally unsettled while her husband was talking.

Hope and Steffy forged a solid alliance now that they are no longer fighting for Liam’s attention. Liam has the true love of his life and Steffy appears to have found hers.

Liam played a crucial role when helping Steffy to beat her pain-killer addiction. He found her at the cliff house in a sorry state after she downed whatever unlawful substances Vincent Walker (Joe LoCicero) sent to her. That sparked an intervention and her eventual check-in to treatment.

Naturally, Steffy would talk to Liam about Sheila because of the Kelly factor. Hope will not be offended because of that conversation.

But if Finn somehow finds himself unable to escape Sheila’s web, then Steffy will need to call in outside reinforcements. Liam is being clued in now as part of the pre-formation of that daytime brigade.