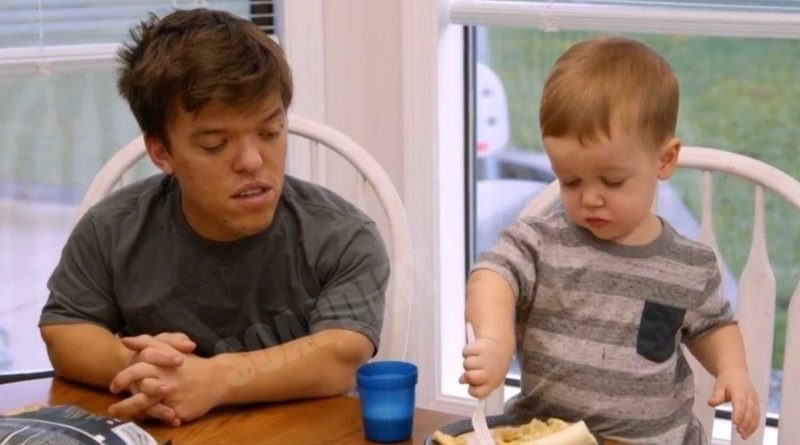 Little People, Big World spoilers, and updates tease that fans saw that Zach and Jackson Roloff went camping during Season 22 on TLC. Plus ahead of that, fans also heard that Zach and his son shared other adventures together. Certainly, it looks like the boys in Tori’s life bond nicely. Actually, it seems that Zach and Jackson literally take the time for camping on the flimsiest of excuses.

Fans of TLC simply adore the two children that Zach and Tori Roloff produced. Well, of all the grandkids, fans see way more of them than their cousins Ember and Bode. Recall, Jeremy and Audrey left the show a few years ago. Fortunately, Lilah and Jackson often feature in the LPBW show and they really can’t seem to get any cuter, fans think. However, dad and son seem to love bonding with each other and they enjoy exploring the world together.

Little People, Big World star Zach took Jackson on a road trip this summer. It came soon after Jackson and Tori enjoyed a trip to Disneyland. Matt Roloff told his fans that he flew to California when his dad started chemo treatment. Plus, his mom Peggy suffered from a  fall. So, he went off to check on them. At the same time, Zach and Jackson made a road trip of it. Along the way, they enjoyed stopping off and looking at interesting things. Both of them seemed thrilled with the adventure to visit Zach’s grandparents. 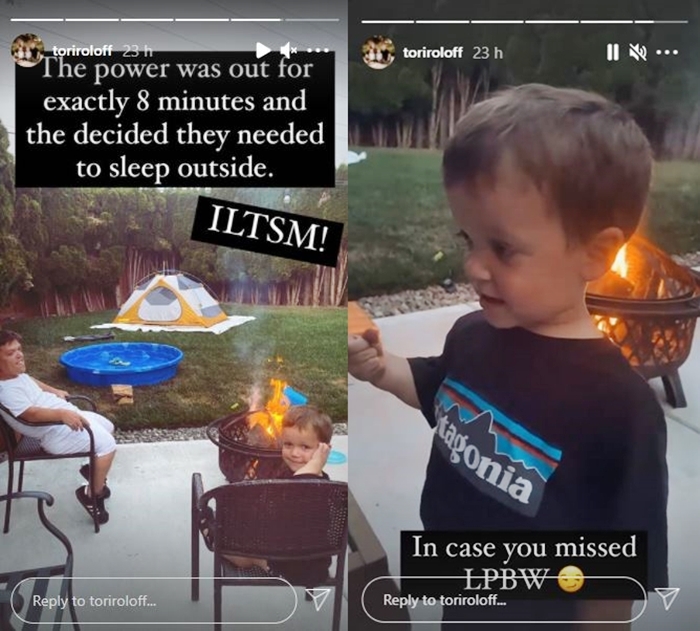 Fans who watched LPBW Season 22 saw that Jackson and Zach went camping in a little tent. Zach said that at the age of four, he thinks Jackson’s old enough to enjoy it. However, he also said that if he gets bored, then they’d just go home again. So, he cleaned up the old campsite, and off they went. Zach said that he tried camping now as he remembers making nice memories when he was a kid.

Little People, Big World fans saw that Jackson went through a stage where he had a question for everything. So, when he took Jackson camping, Zach explained that he tries teaching Jackson to work out the answer rather than just answering the question. Of course, TLC fans saw that he wanted to know where the door to the tent was. How do zippers work? and a zillion other things.

Any Excuse To Go Camping

Tori Roloff took to her Instagram Stories this weekend and reminded LPBW fans that Jackson and Zach went camping during the show. However, it seems like any excuse for a night out in the little tent is a good one. She said the electric “power was out for exactly 8 minutes.” Then, she added that that was all it took for them to decide “to sleep outside.”

Well, summer comes to a  close soon, so they may as well make the most of the warm weather while it lasts.