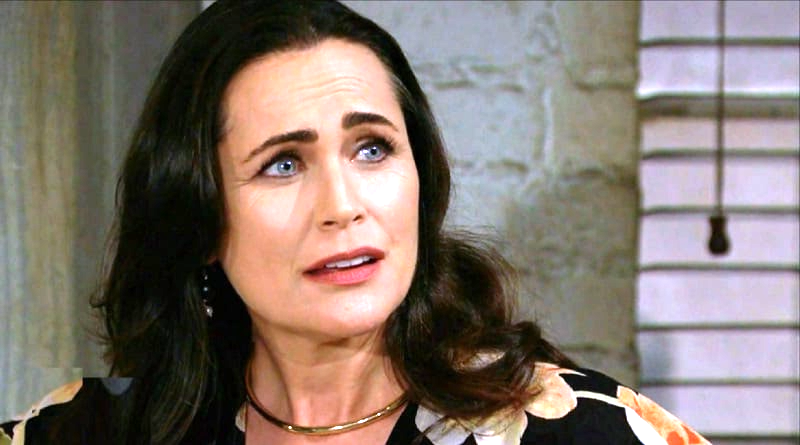 The Bold and the Beautiful (B&B) spoilers and updates tease that Quinn Fuller (Rena Sofer) has convinced herself that she can divorce Eric Forrester (John McCook), continue seeing Carter Walton (Lawrence Saint-Victor), and keep the jewelry line going. Well, at least the first item in this list is bound to happen.

Brooke Logan Forrester (Katherine Kelly Lang) is wise to Quinn and will recognize Carter’s overtaken state, as he is the latest man that Sofer’s character has bewitched.

Eric is adamant about ending Queric. He’s foolishly tasked Carter with representing him in the pending divorce case. Conflict of interest alone should allow Eric to know that someone other than Carter should handle this delicate matter.

As far as Carter goes, Eric feels compassion for the man who helped to end his marriage. McCook’s alter ego believes that Carter has fallen under the same spell that he just broke clear from. Eric’s assessment is correct, but his excessive forgiveness has been transferred from Quinn to the man he thinks of as a friend and a family member. 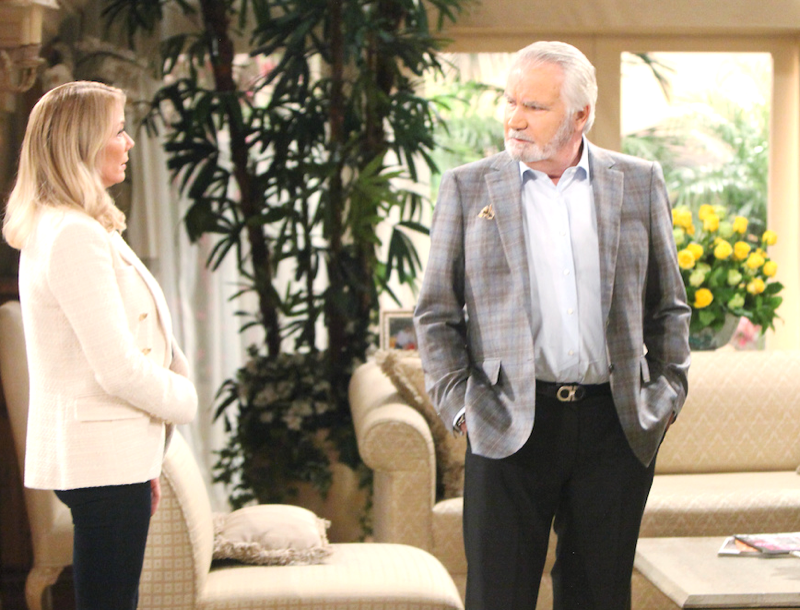 The Bold And The Beautiful Updates – Quinn Fuller Breaks Pattern

Some defense of Quinn can be offered. Eric did treat her like she was one of his children for long periods of time. While their noted age difference was a factor, she also enabled him to behave like that.

Quinn’s repeated missteps centered on immaturity. Eric came to think of himself as the person who needs to help Quinn fix her flaws, which is the case in some soapy relationships. So, it wasn’t a unique dynamic.

Eric got to the point where he couldn’t trust Quinn and was right to reach that conclusion. However, the pattern both people developed became dysfunctional, with blame arguably being split as approximately seventy-five percent Quinn and twenty-five percent Eric.

Brooke has retained influence over Eric, due to her unique status in his backstory. She followed Stephanie Forrester (Susan Flannery) as Eric’s next wife over thirty years ago in soap and real-time.

While Ridge Forrester (Thorsten Kaye) is clearly Brooke’s soul mate and is someone she’s been married to on seven different occasions, Eric was her first husband. The two children they share also represent an enduring bond.

So, Brooke will always look out for Eric. That reality represented the main source of Quinn’s justified distrust of her.

Carter’s ongoing involvement with Quinn is something that Brooke is sure to catch onto, as her protective senses are as sharp as ever. That’s a clear problem for Quarter.