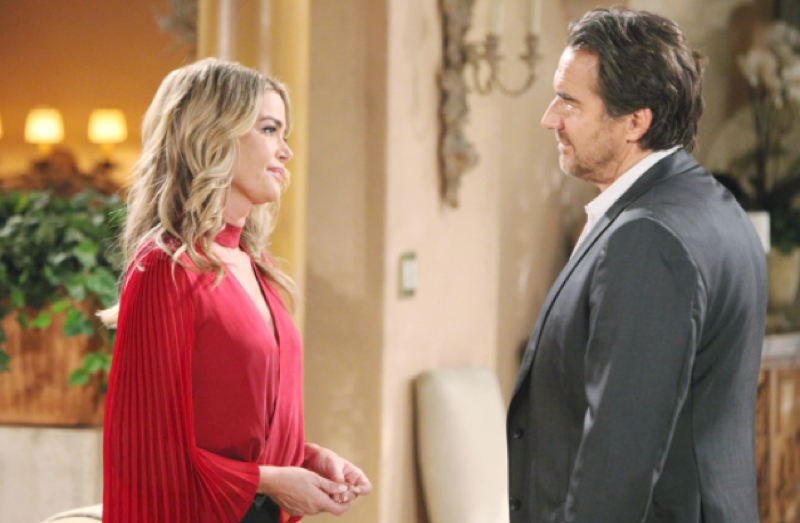 The Bold and the Beautiful (B&B) spoilers and updates tease that Ridge Forrester (Thorsten Kaye) will be hit with jealousy.

Ridge and his beloved Brooke Logan (Katherine Kelly Lang) are blissfully happy after reuniting following a brief breakup. But as B&B fans know that’s not going to last long.

It’s only a matter of time before problems ensue and one of them strays. Odds are it’ll be Ridge this time around.

Upcoming previews say that Ridge will become curious about Carter Walton’s (Lawrence Saint-Victor) relationship with Shauna Fulton (Denise Richards). Ridge being interested in Carter’s love life has led to speculation about Mr. Forrester’s reason for inquiring about the couple.

Carter is Ridge’s best friend. Whether he’s helping with a legal problem or listening to Ridge discuss personal matters, Carter’s been a huge support to his pal. Meanwhile, Ridge has had Carter’s back as the lawyer faced many heartaches.

It wasn’t that long ago when Ridge told Carter about his fiancée Zoe Buckingham’s (Kiara Barnes) infatuation with Zende Dominguez (Delon de Metz). After Ridge came forward with the information, Carter realized Zoe didn’t love him and dumped her. 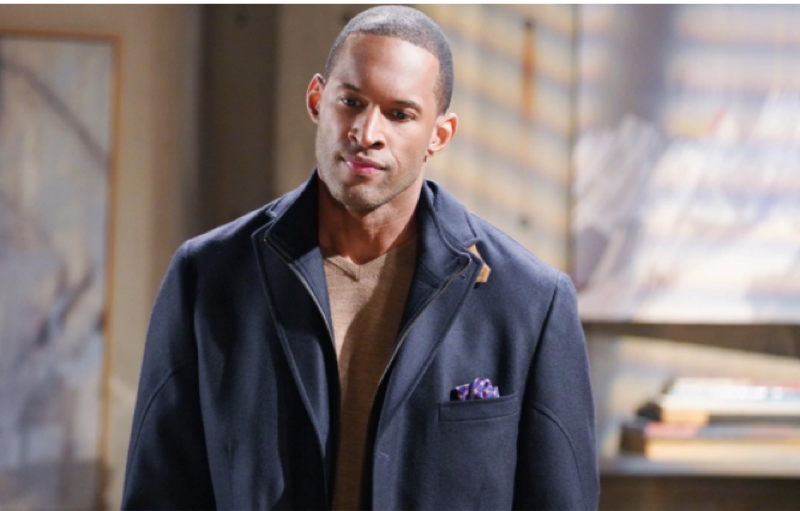 Now Carter’s relationship with Shauna has garnered a lot of attention from Ridge. Like any good friend, Ridge is going to be concerned about Carter’s new gal. But is Ridge looking out for Carter’s best interest or his own?

It wasn’t that long ago that Ridge and Shauna were romantically involved. After discovering Brooke kissed Bill Spencer (Don Diamont), Ridge left her for Shauna. Ridge and Shauna enjoyed a fun-filled trip to Las Vegas before he decided to return to Brooke. However, Shauna dropped a bombshell on Ridge when she informed him the were married.

Ridge was going to honor his marriage vows to Shauna. But it was soon revealed that this was a scheme between her and Quinn Fuller (Rena Sofer) to break up his marriage to Brooke. Following the fallout, Ridge would reunite with Brooke.

Ridge seems happy in his marriage to Brooke, yet odds are he still cares about Shauna. He’s going to be surprised to learn she’s Carter’s new gal. Seeing her with someone else is bound to spark jealousy and make him wonder if he made a mistake in leaving her.

Unbeknownst to Ridge, Shauna’s only pretending to be with Carter to protect her friend Quinn. Carter and Quinn have been carrying on an affair, and can’t risk getting caught.

Yet, it may be exposed when Ridge starts interrogating Shauna about her relationship with Carter. Shauna’s going to be caught in a tough predicament. On the one hand, she wants to protect Quinn, but at the same time, she doesn’t want to lie to Ridge.

It was lies that torn them apart in the first place. Deep down Shauna still has feelings for Ridge, and if there’s a second chance for them, she doesn’t want to ruin it.

So will she betray Quinn and Carter for another shot at love with Ridge?