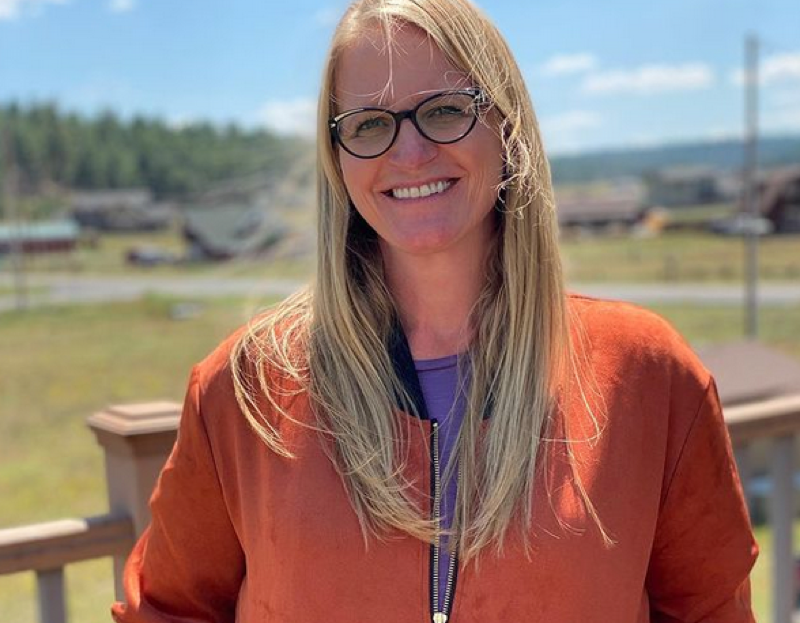 Sister Wives spoilers and updates tease that fans usually associate Janelle rather than Christine Brown with gardens, herbs, and fresh produce. Actually, since the family moved to Flagstaff, Janelle seems thrilled that she grows nice plants and herbs in her very own garden. However, Kody’s third wife seems less into them. Actually, she seldom raves about them as healthy and good food for weight loss. Now, she told fans she loves a particular flower, and fans who love gardening seem a bit shocked.

TLC fans know that both Janelle and her fellow sister’s wife eat carefully to avoid packing on the pounds. While Christine looks amazing these days, she told fans that she follows that Blood-Type diet. Actually, that doesn’t require loads of fresh fruit and vegetables. Meanwhile, Janelle goes for plenty of fresh produce and she seems quite knowledgeable about herbs and other pants. Perhaps she might chat with Christine next time they see each other after gardeners seemed shocked that she loves a certain flower.

What on earth had Sister Wives fans in such a tizzy over a flower that Christine Brown loves? Well, she took to Instagram this weekend and shared a photo of some flowering plants. It didn’t look like her garden, but then, she doesn’t really have much of one. Perhaps she came across them as she took a walk around Flagstaff. Anyway, she shared a photo and that set off some TLC fans. 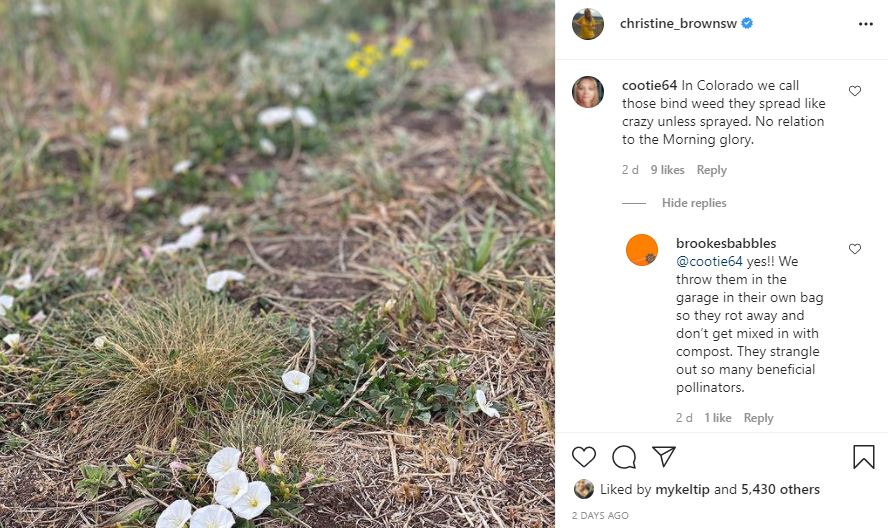 The photo that Sister Wives star Christine Brown shared showed some bell-shaped flowers and she knows that they are actually weeds. Her caption read, “I know Morning Glory are weeds but I LOVE them!! And aren’t weeds just plants we don’t know how to use?” Some of her fans had no idea that morning glory plants are actually considered to be weeds. In fact, a lot of other people also like them.

Those Sister Wives fans who know about the plants educated others about them. They said that they are also known as “bindweed.” One fan said, “We throw them in the garage in their own bag so they rot away and don’t get mixed in with compost. They strangle out so many beneficial pollinators.” Then another fan commented, “This is bindweed. It will choke to death whatever is around it. Not even a nice weed.”

How Bad Are Morning Glory Weeds?

After seeing the post by Sister Wives star Christine Brown, some fans suggested that the flowers she loved are not from the morning glory family. However, it seems that they are. And definitely, they are considered quite a bad weed. According to Garden Mentors, “Morning glory bindweed is a difficult weed to remove.” In fact, herbicides don’t work, so manual removal seems the only way to stop a garden from becoming infested with them.

Remember to check back with us often for more news about Christine Brown from Sister Wives on TLC.