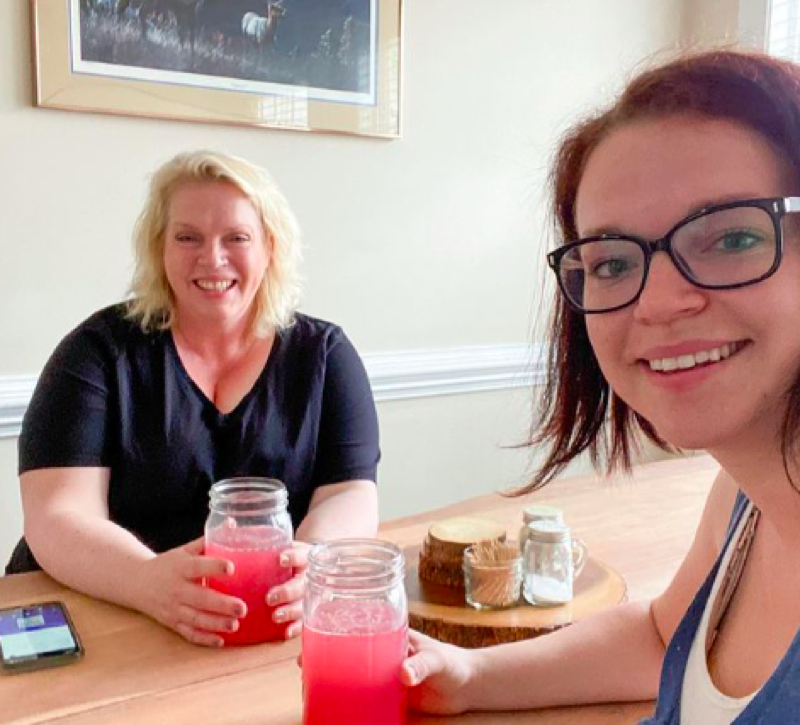 Sister Wives spoilers and updates tease that fans heard from Maddie Brown Brush again this weekend. TLC fans love it that she keeps them updated on her kids, Axel and Evie-K regularly. Actually, their grandma, Janelle also shares photos when she sees them which is as often as possible. Possibly, Kody’s second wife might think she looks at a mirror of herself as a kid when she sees her grandson. Fans agreed that as he grows older, he certainly takes after her a lot.

Unfortunately, these days Maddie and her husband Caleb live far away from her mom Janelle. TLC fans know that Janelle lives in Flagstaff, Arizona. Meanwhile, Caleb and Maddie moved to North Carolina when he landed a job there. Whenever Janelle gets the chance to fly out and see her grandchildren, she tells her fans about her excitement. Then, after her visits, she often shares photos of the cute kids.

The Sister Wives grandma recently shared a photo and told her TLC fans that Evie-K’s just born to shop. Younger than her big brother Axel, she already knows her mind. Actually, Maddie encourages her children to be strong and explore their boundaries. Recently, fans worried a bit as Evie-K fell sick. They wondered if Axel also fell sick. However, whatever ailed the kids passed quickly and now they both enjoy outdoor activities again. 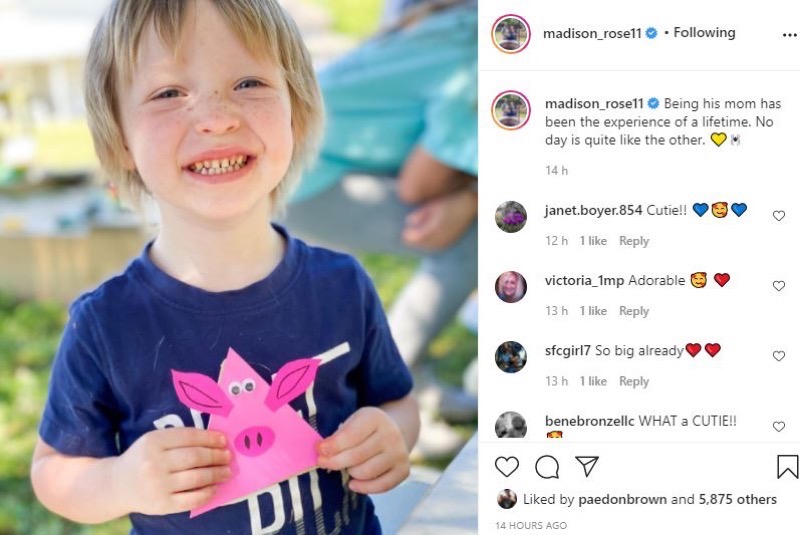 Axel Twins With His Granma In Maddie Brown’s Photo

Sister Wives fans didn’t need to see Janelle in the photo with Axel that Maddie shared on May 15. Just one look at his sweet little face revealed that he twins with his grandmother. In the photo, Axel held a little pink pig project that he possibly made at Pre-K. He wore a little blue tee and a big cheesy smile. Maddie’s caption read, “Being his mom has been the experience of a lifetime. No day is quite like the other. 💛”

Naturally, Sister Wives fans chatted about how “cute” he looks. Others commented about how much he looks like his mom. Then, others talked about his likeness to Logan. However, Logan is much darker than Axel’s blonde hair. Meanwhile, a lot of them picked up that they see Janelle in him. More than just a passing resemblance, some of them talked about how he “twins” with his grandma. One of them exclaimed, “He looks so much like Janelle ❤️.”

Sister Wives Updates  – Other TLC fans Agree On The Likeness

More than one person noticed the similarity between Axel and Janelle. Another one wrote, “Oh my goodness [he] does his look like his grandma! 😍” However, others thought they saw a lot of Maddie’s sister Savanah in Axel. Mind you, she also leans toward Janelle in looks.

Remember to check back with us often for more spoilers, news, and updates about Axel, Janelle, and Maddie Brown Brush from Sister Wives.