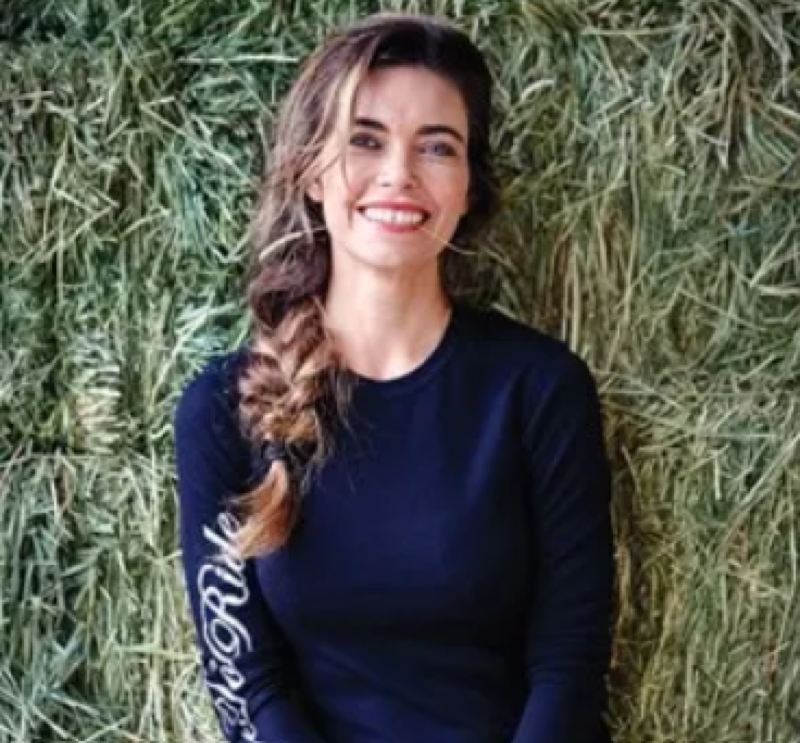 The Young and the Restless (Y&R) spoilers and updates tease that Amelia Heinle (Victoria Newman) is living her best life in a straw hat and sunglasses! She posted a video to her Insta in which she has a few words to say about herself and her shotgun sidekick.

She captioned the video, “My cowboy!!!😂 #cowboyhats #august,” and she is heard saying, “two cowboys,” before breaking into a huge grin as she sits behind the steering wheel.
Amelia has three children, one of them her son August.

One fan wrote, “Your son didn’t look impressed with your videoing him – that’s so typical. Glad it’s not just my kids … but you don’t look old enough to have a son that age … could it be your brother?”

The Young And The Restless Updates – Amelia Heinle Has Three Children

Another fan posted, “Wowww August and Amelia So beautiful,” and one wrote, “Wow! He has grown up!! Very handsome!”

And one fan is clearly impressed with the star’s fashion sense as they wrote, “Ok so on the June 18 show. Where and by who is that white/ dress coat from. I love your cloths. You got style girl. You should post all your outfits from 2021.” 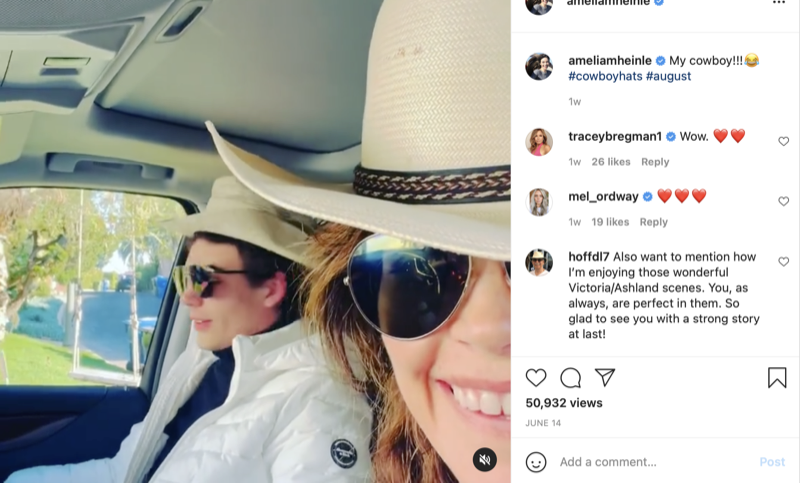 It’s clear that Amelia is enjoying her life away from the set of the number one rated daytime drama, The Young and the Restless. She has played Victoria Newman for what seems like a lifetime, taking her from an impetuous young woman into motherhood and the top of the business world.

Right now Victoria is playing with fire, however. She appears to be headed for a major merger with Ashland Locke (Richard Burgi) on more than one level. He supposedly is dying, but is he conning her? In turn, is she conning him by acting concerned and offering to handle business for him? Either way, this alliance is red hot and is raising eyebrows all over town.

That includes her parents Victor Newman (Eric Braeden) and Nikki Newman (Melody Thomas Scott). In a scene straight out of a black and white 50s sitcom, these two recently wrangled Vic and Ash together for dinner where they proceeded to grill him about his intentions toward their middle-aged daughter. Don’t The Moustache and Mrs. Moustache have better things to do than meddle in their kid’s love life? Awkward all the way around.