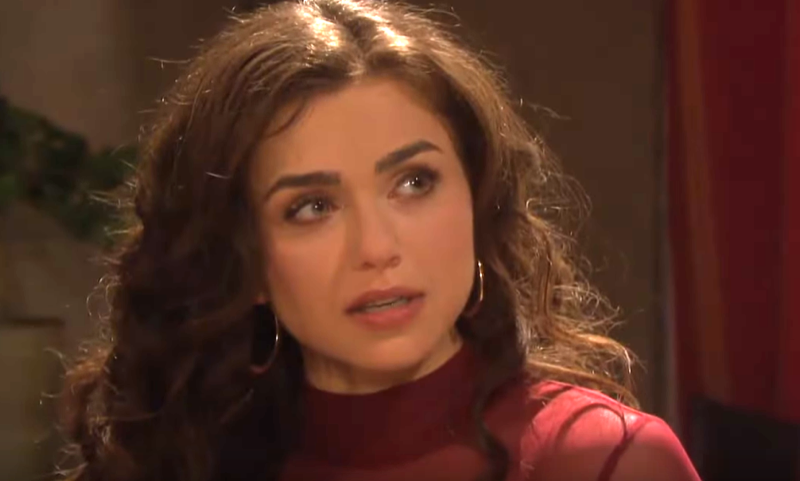 Days of Our Lives (DOOL) spoilers and updates tease that Ciara Brady (Victoria Konefal) comes to Salem on a mission. She demands Ben Weston (Robert Scott Wilson) sign the divorce papers immediately. He refuses and warns that he will fight for their love until the day he dies. Then, a twist of fate kicks off a new journey for Ben. It won’t fix “CIN”, but they might still get a happy ending.

DOOL spoilers reveal that Ciara will appear in Ben’s dream on July 1. However, she doesn’t appear in the flesh until the following day. On July 2, Ben returns from a day at the lake with friends to find Ciara waiting for him at home. He allows himself to think this might be the moment he’s been waiting for.

Unfortunately, Ciara isn’t at Ben’s apartment to reunite. The only reason she is there is to make Ben sign the divorce papers.

Days Of Our Lives Updates – Twist Of Fate

There is a twist of fate connected to Ciara’s visit. Robert Scott Wilson teased to Soap Opera Digest that an unexpected turn in events could change everything. It turns out that Theo and Ciara are in Salem to celebrate Eli Grant (Lamon Archey) and Lani Price Grant’s (Sal Stowers) one-year wedding anniversary.

Based on what Wilson said, it sounds like Theo and Ciara stay longer than one day. So, it’s not just them attending a party and then flying back to South Africa. They will be around for a little bit, which we assume is spent pressuring Ben to sign the divorce papers. 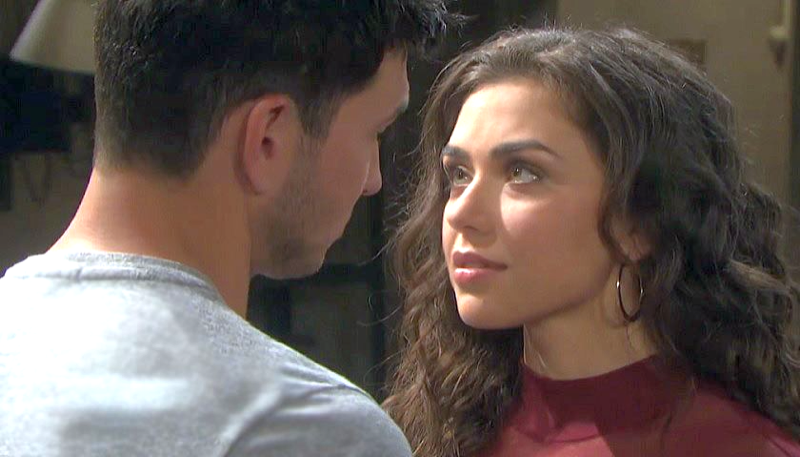 Days of Our Lives spoilers reveal there isn’t any reason for Ben to reject the terms of the divorce. While we understand why Ben doesn’t want to sign the documents, this is a complicated situation. He’s not making things easy for Ciara and she’ll remember that. He wouldn’t be giving up. He would be allowing her to move on with her life, but that doesn’t mean the “CIN” door is closed forever.

If “CIN” is truly meant to be together, they can get married again. Many soap characters have married the same spouse three or more times. As for what Ben is going to do about Ciara’s divorce demand, it seems as if we will find him on a new journey. It still revolves around Ciara, but Ben won’t be sitting around begging for her to remember. He will actually get to use his creativity and be proactive.

Ben will miss what he shared with Ciara. However, this new story could turn out to be even better.

“Ultimately, he’s going to fight for her. She’s running away from him, she’s afraid of what we might be or whatever, she’s thinking of Ben now with all that she knows of him and we need to get her to remember the good! We need to get her to fall in love again and he doesn’t give up. So ultimately, it sparks this newfound faith… He’s just happy that she’s back. He feels like, ‘At least she’s closer to me and I haven’t lost her forever. At least on the map, she’s here and I can make it happen again…’”

The only question we have is what the writers are going to do about Ciara. Konefal doesn’t have a contract and she prefers it that way so she can take advantage of other opportunities. The problem is how will Ciara not being on-screen for months at a time affect the “CIN” storyline if they reunite?