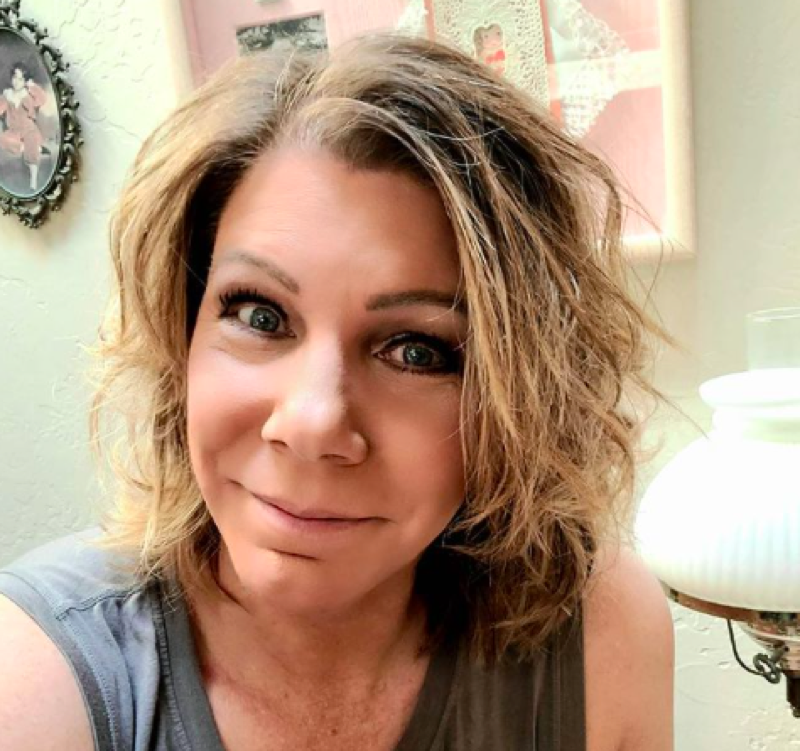 Sister Wives spoilers and updates tease that Meri Brown and Jen Sullivan get together most Fridays for their Fridays With Friends live on Instagram. Actually, they missed a session recently as Kody’s second wife was traveling, but she promised to make it up to TLC fans. Well, they did in a way, as this week’s podcast revealed them both sitting on the patio at Lizzie’s Heritage Inn BNB. Is Jen running it now and is it a permanent position as a manager?

On Friday this week, fans really enjoyed seeing the two popular women together. Usually, they chat online from a distance. However, this time they were together and enjoyed nattering away about a lot of things. It certainly made up for the missed podcast from the previous week when Meri was on the road. In the comments section, Jen answered a few questions about the BNB.

News already emerged about five or six days ago, that Meri Brown brought in her friend Jen Sullivan to help out at the BNB. TV Seasons Spoilers noted that “weeks after re-opening her…B&B again, Meri finally has someone to help her with the business…Jenn Sullivan.” Well, between her LuLaRoe Business in Flagstaff and running the BNB it’s a nice thought that the Sister Wives star got some help. Some fans wondered if Jen running the Inn will become a permanent arrangement. 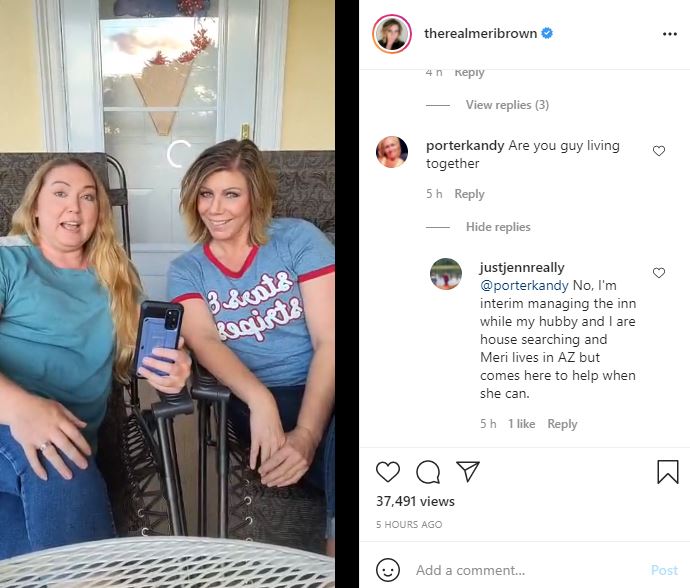 Fans of Meri Brown heard that she and Jen talked a bit about her moving from Oregon and she started packing. Now it turns out that she packed up as they look for a house in Utah. TLC fans probably love the idea that Meri has a friend in or near Parowan. Probably, she already made some other friends in the area, however, Jen’s special as they’re besties. This week, as they chatted at the BNB, one fan asked about how long Jen stays there.

A fan of Meri Brown asked, “Are you guys living together?” Well, Jen replied in some detail and explained, “No, I’m interim managing the inn while my hubby and I are house searching and Meri lives in AZ but comes here to help when she can.” So, it sounds like she helps out for now, but not as a long-term manager. Apart from that, there was a lot of laughter. The kind that brings tears to your eyes.

Sister Wives Fans Wondered If The Ladies Got Tipsy Together

Actually, Meri Brown and Jen laughed so much that fans wondered if they tucked into a bottle of the strong stuff. Well, even if they did, most fans think so what? Actually, there’s nothing wrong with a few drinks with a bunch of friends as long as you’re not driving afterward. Most TLC fans just love seeing Meri happy.

Remember to check back with us often for more news about Meri Brown from TLC’s Sister Wives and her friend Jen Sullivan.