British Royal family news reveals Lena Tindall is now a big sister and a big girl cute enough to charm royal watchers with her little antics. She likely celebrated her birthday with parents, Zara and Mike Tindall, 7-year-old big sister Mia and of course, the baby of the house, little Lucas, who was born in March.

Lena Tindall just turned 3 and yet she’s already leaving a mark on the hearts of royal fans with her funny and adorable antics. The chubby blonde has varied her adorable moments, from playing with her big cousins Savannah and Isla Philips during horse events to even crashing her dad’s House of Rugby podcast along with wearing statement-making clothes.

(Lena’s voice was heard in the background during last year’s episode of the podcast where her dad, a former rugby star, was chatting with co-host Alex Payne and former Captain Will Carling. “Sorry, Lena’s just on fire at the moment,” Mike said to address their guest who personally invited herself. “She’s never quiet.”)

Lena also recently made an appearance in a previously unseen photo shared in tribute to Prince Philip, who died in early April. 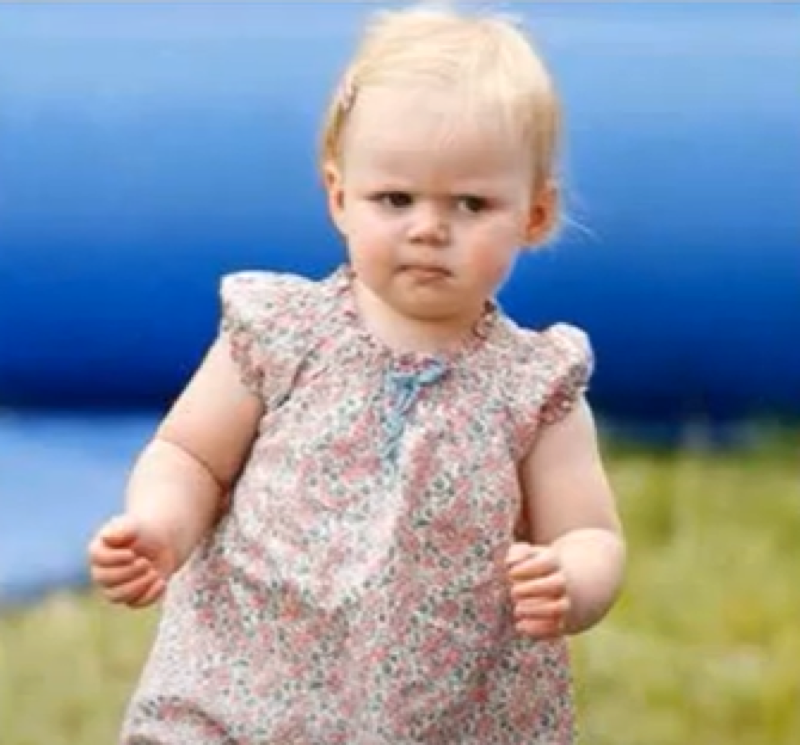 The picture was taken at Balmoral Castle in 2018 with Queen Elizabeth and Prince Philip surrounded by their seven great-grandchildren (more have arrived in the few short years).

Lena also became a big sister in March when the family welcomed a son, Lucas. Mike Tindall revealed the dramatic arrival of their son on his podcast, The Good, The Bad, and The Rugby. According to him, his son was born at home — and in the bathroom.

Recalling the birth experience, Mike said that Zara’s friend, Dolly Maude, was with them “and recognized that we wouldn’t have got to the hospital in time.”

“So, it was run into the gym, get a mat, get into the bathroom, get a mat on the floor, towels down, ‘brace-brace-brace,'” Mike added.

He then laughingly continued to explain the birth of his son, “Fortunately, the midwife, who was going to meet us at the hospital wasn’t that far away, so she drove up, got there just as we’d assumed the pos-ish [as he called the position]. And then the second midwife arrived just after the head had arrived.”

As for his wife, he called her a “warrior as always” because “she was back up. We went for a walk [on Monday] morning with him. All good.”

Days Of Our Lives (DOOL) Spoilers: Gwen And Xander Have A Dilemma With Dr. Snyder