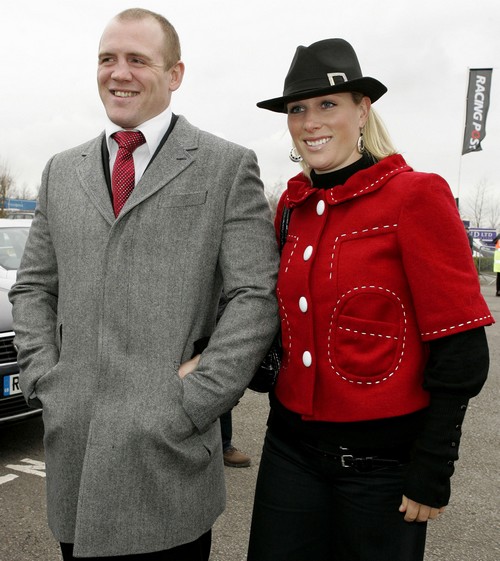 Zara Phillips is expecting her first child to rugby player Mike Tindall, Buckingham Palace has confirmed. The two have been keeping their pregnancy quiet for quite some time now,  Zara is  believed to be in her third month.  I guess no one noticed because  everyone has been so caught up with Kate Middleton‘s pregnancy.

Whatever the case, a statement has been released by the Queen’s secretary earlier this morning, which stated that the entire Royal Family is over the moon to welcome another baby into the family. “Mr and Mrs Mike Tindall are very pleased to announce that Zara Tindall is expecting a baby in the New Year.” Sources say Mike and Phillips will welcome their baby sometime during January-February, but this has not been confirmed as of yet.

The couple who tied the knot back in 2011 are totally over the moon, another insider said and we’re sure that Queen Elizabeth must be overwhelmed with the amount of babies that are joining the Royal Family now. Ha. We’re kidding – she’s probably very excited for her granddaughter, seeing that it’s her first child.The statement then continued to read that both families are ecstati: “The Princess Royal and Captain Mark Phillips, Mr Phillip and Mrs Linda Tindall, and members of both families are delighted with the news. This baby will be the first child for Mike and Zara and the third grandchild for The Princess Royal.”

Yay – this will give Kate more of a reason to come over Zara’s house. Now they can have play dates together for their children. Aww, great timing Zara and Mike, and congratulations!