British Royal family news reveals Lilibeth “Lili” Diana Mountbatten-Windsor is getting love from her uncle and aunt from across the ocean. The Cambridges congratulated the Sussexes on the birth of their second child, and first daughter, in a special and heartwarming way.

According to updates from Prince Harry and Meghan Markle’s press secretary, the baby arrived on June 4 and both baby and mother are completely fine.

Royal Family News: The Cambridges’ Congratulate the Sussexes on Welcoming Their Baby Girl

“On June 4th, we were blessed with the arrival of our daughter, Lili. She is more than we could have ever imagined, and we remain grateful for the love and prayers we’ve felt from across the globe,” Meghan and Harry announced in a joint statement released on Sunday. “Thank you for your continued kindness and support during this very special time for our family.”

The couple hasn’t shared an image of the baby, but it was announced that at 11:40 a.m. “in the trusted care of the doctors and staff at Santa Barbara Cottage Hospital in Santa Barbara, Calif.,” a press secretary to the Duke and Duchess of Sussex confirmed.

She weighed 7 lbs 11 oz. Both mother and child are healthy and well and settling in at home.

The proud parents of two are currently on parental leave, but that said, their charity work through their Archewell Foundation will continue in their absence.

On Monday, a source told US Weekly that the Duke and Duchess of Cambridge were “informed about the birth and have sent Lilibet a gift.”

Prince William and Kate also took to their official Instagram page to celebrate with Prince Harry and Meghan Markle on what must have been a very proud moment for the royals.

“We are all delighted by the happy news of the arrival of baby Lili,” they captioned a black and white photo of a then-pregnant Markle sharing a sweet embrace with Harry and their firstborn 2-year-old Archie.

“Congratulations to Harry, Meghan, and Archie,” they added. The congratulatory message was shared on Sunday. 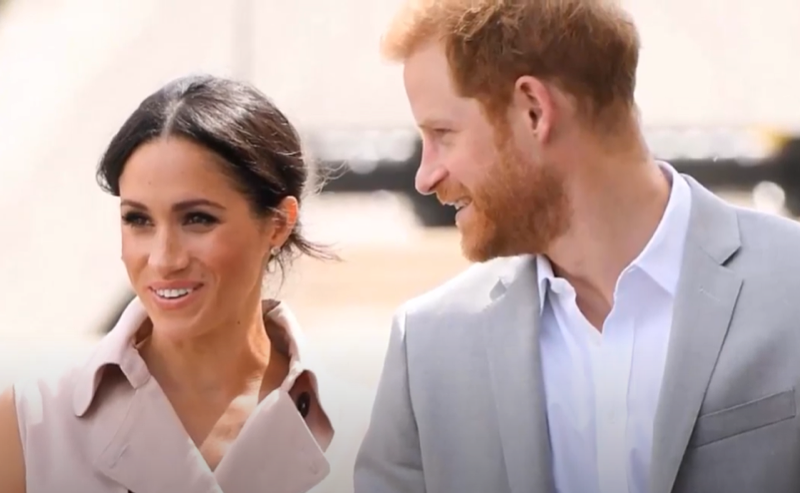 But Kate Middleton has kept an open mind that the family will be able to heal their differences with the Sussexes and communicate better in the future, mostly for the sake of their children. Since Kate’s close to her own family, it comes naturally to her to try and fix family issues so that the family can remain close.

And while Kate offered the first hand of friendship, as she reportedly brought her husband and his brother together during their reunion at their grandfather’s funeral and also sent a lovely message to the Sussexes on their third wedding anniversary, Meghan and Harry may be reciprocating the desire to remain in touch with the royal family.

“Lili is named after her great-grandmother, Her Majesty the Queen, whose family nickname is Lilibet. Her middle name, Diana, was chosen to honor her beloved late grandmother, The Princess of Wales,” the statement released via their Archewell Foundation website reads.

Harry may have denounced life as a royal and dismissed it as “trapping” people and creating a cycle of “generational pain”, but going back to his roots to find a name for his baby girl could be a sign that he and his wife desire to maintain a close relationship with the royal family.