British Royal family news reveals that the death of the Queen’s long-time husband, Prince Philip, and rumors surrounding Prince Andrew, and the Sussexes’ attacks on the royal family have combined to make it a very rough year for the royal family.

In the absence of Prince Philip, who was formerly described as “the glue” of the family, Kate Middleton has risen up to the challenge and is stepping in to try to keep the family together.

At Prince Philip’s funeral, Kate was reportedly the first person seen talking to Prince Harry and was soon able to accomplish getting her husband and his brother to amicably talk to each other, while she stepped back to allow them to talk in privacy. In part, the Duchess’ efforts have been credited to the need she has of maintaining a stable relationship between her kids and Meghan’s kids.

Royal Family News: Kate Middleton Wants to Fix the Widening Rift Between the Duke and Duchess of Sussex and the rest of the Royal Family

Meghan Markle and Prince Harry have made it clear from their interviews that they’ve been hurt and betrayed by the members of the royal family, which according to them prompted their controversial exit from the royal family. From revealing that an unnamed member of the royal family made racial comments against their then-unborn son Archie Harrison Mountbatten-Windsor, to Harry declaring that he left royal life behind to escape from “generational pain” and to keep it from getting passed on to his own children. 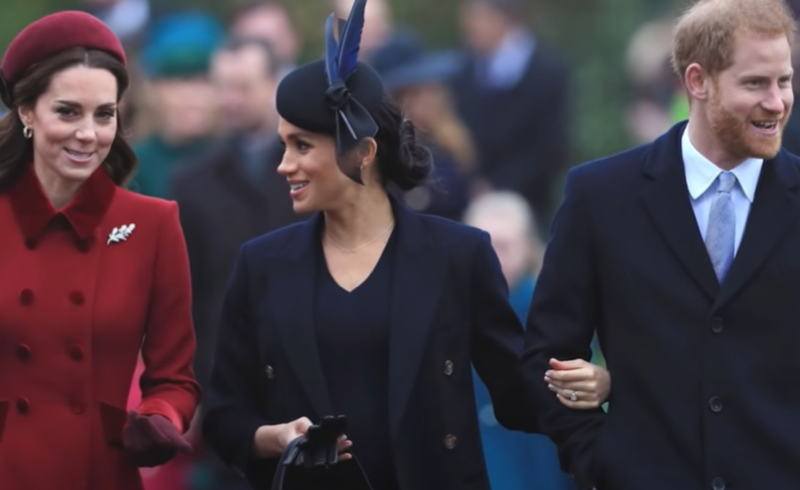 Royal Family News: With Each New revelation From The Sussexes, The Royal Family Takes A Hit

The royal family, so far, has remained silent in the face of these attacks, and apart from Prince William affirming that the royal family is “very much not a racist family”, the Sussexes have pretty much had the field all to themselves. While there are rumors of the Sussexes getting stripped of their royal titles so that they can live on as free citizens, Kate’s got another, and probably better, idea. She wants to fix things with the Sussexes, not just for themselves but for their young children as well.

Kate and William have always been close to Harry, with Harry staying over with the Cambridges and sometimes getting to enjoy Kate’s home-cooked meals. Harry reportedly even discussed “romance and love” with the Duchess of Cambridge.

Royal expert Camilla Tominey wrote in The Telegraph that Kate’s main driving motive is her desire to see her children Prince George and Louise, and Princess Charlotte becomes close to Archie and his soon-to-be-born sister.

“Having grown up being close to her own siblings, Pippa, 37, and James, 34, the Duchess remained keen to bury the hatchet even after the interview aired to a global audience of millions, seemingly for the sake of two-year-old Archie’s relationship with his cousins,” Tominey wrote.

Another Insider added that Kate’s “natural instinct is to try to smooth things over.”

The Duchess has been remarked by the media to have stepped into Prince Philip’s shoes as the family’s peacemaker, and because of her composure is seeking the better path for the family.

Harry was the last to give an update on where his relationship with his brother Prince William stands. “The relationship is ‘space’ at the moment. I love William to bits. We’ve been through hell together and we have a shared experience, but we are on different paths,” he told Oprah.