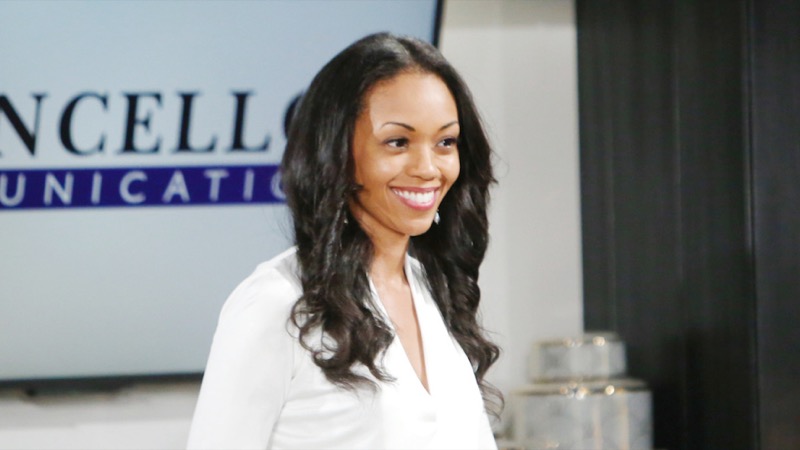 The Young and the Restless (Y&R) spoilers and updates tease that Mishael Morgan (Amanda Sinclair) is on-screen again this week. Telma Hopkins (Denise Tolliver), who played the mother of Bryton James’ (Devon Hamilton) character on the beloved sitcom Family Matters, debuts this week as well.

Morgan underwent emergency surgery to repair a detached retina in March, returned to filming earlier this spring. She had been temporarily replaced by Karla Mosley (Amanda and Maya Avant on The Bold and the Beautiful).

Hopkins (Rachel Crawford) and James (Richie Crawford) appeared on the nighttime broadcast comedy Family Matters, which ran from 1989 through 1998, and served to make Jaleel White (Steve Urkel) a star. The series was James first acting credit.

Amanda was asked by her biological mother, Naya Benedict (Ptosha Storey), to defend Sutton Ames (Jack Landron). As viewers have come to know, Sutton is Naya’s father and Amanda’s grandfather.

Sutton is also a prominent politician who is being accused of involvement in Richard Nealon’s (no actor’s name known for this role) death. That forced Amanda to approach this case with a fully unique perspective.

Richard is Amanda’s deceased father. He was believed to have died in an automobile accident after Amanda and Hilary Hamilton (Morgan) were born approximately 30 years ago.

Denise comes into the story as a private investigator who may prove helpful to Amanda, who is striving to confirm the facts of this case. 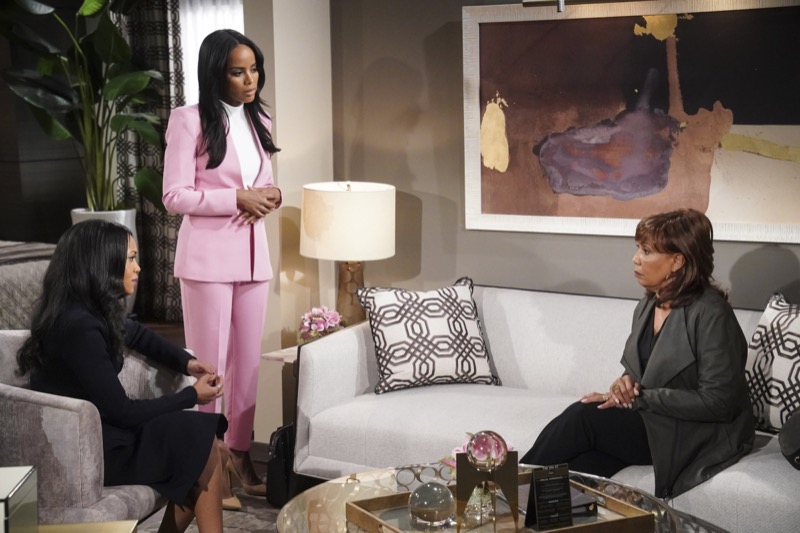 Pay-For-Play Is A Distraction

Eric Braeden’s (Victor Newman) remarkable four-plus decade run as Y&R’s leading man has naturally allowed the Moustache to be involved in many major storylines. So, it’s no surprise that Victor was written into this tale.

Amanda was thrown off by Victor’s reply when she was questioning him at Newman Enterprises. She had been led to believe that Richard was withholding information about the conglomerate that involved a pay-for-play scheme.

However, Victor’s comments about Richard seeking advice from him about the search for his child was potentially telling. That could prove to mean that Sutton and or Naya were using deceptive tactics. The deception could be that Amanda’s grandfather, and possibly her mother, knew that Richard was innocent of any wrongdoing.

It’s not easy for any actor to develop one character into someone who is memorable. A solid behind-the-scenes team and strong colleagues are part of that effort in the daytime.

The Young And The Restless (Y&R) Spoilers: Ashland Refuses To Believe Kyle – Tara Stakes Her Ground

Morgan is part of a superb team on Y&R. That reality, along with the depth of this actor’s range, is allowing her to strive toward that high mark for a second time.

Morgan was twice (2018 and 2019) nominated for a Daytime Emmy Award in the Outstanding Supporting Actress in a Drama Series category. Hilary remains her standout role, based on longevity at this point in the soap’s history. But devoted viewers know that a future nomination could result in this very talented actor’s first win.