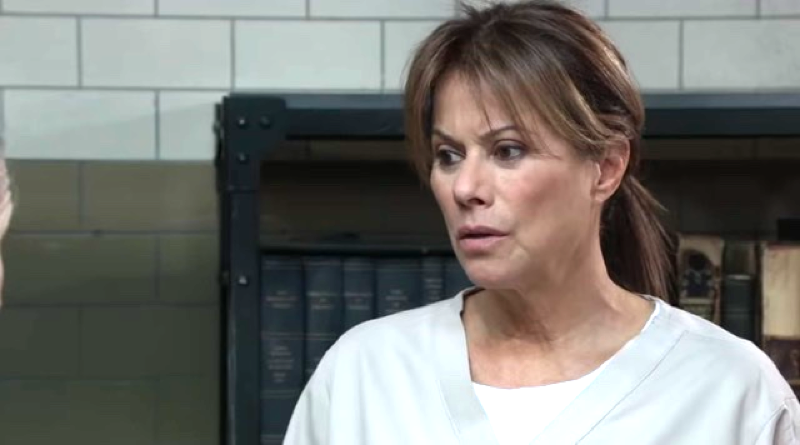 General Hospital (GH) spoilers and updates tease that Alexis Davis (Nancy Lee Grahn) is finding ways to be useful while serving time in Pentonville. As a lawyer, though without her license, Alexis can use her work detail job in the prison library to help other inmates navigate through the legal system.

For instance, Alexis is well aware of the things an inmate should do and say to be paroled early. Not only will this help to fill the time as she serves her three-year sentence, but it should also help keep her safe. An added bonus is that she has been able to connect with her ex Shawn Butler (Sean Blakemore), who could certainly use Alexis’ help!

General Hospital Spoilers – Shawn Butler Still Hasn’t Been Paroled For A Crime He Didn’t Even Commit!

Seeing that race is likely the issue that Shawn hasn’t been paroled, Alexis will be angered by the biases in the system. What’s more, the fact that Shawn is actually innocent of the crime he is doing time for will make Alexis even more determined to help Shawn find a way to finally be free. Alexis might suggest that instead of continuing to try for probation, that Shawn get his conviction overturned. That would like necessitate a retrial and that would over happen if new evidence has been found which could create a reasonable doubt which should be enough for Shawn to go free! So Alexis and Shawn will decide they need to come up with a viable suspect. 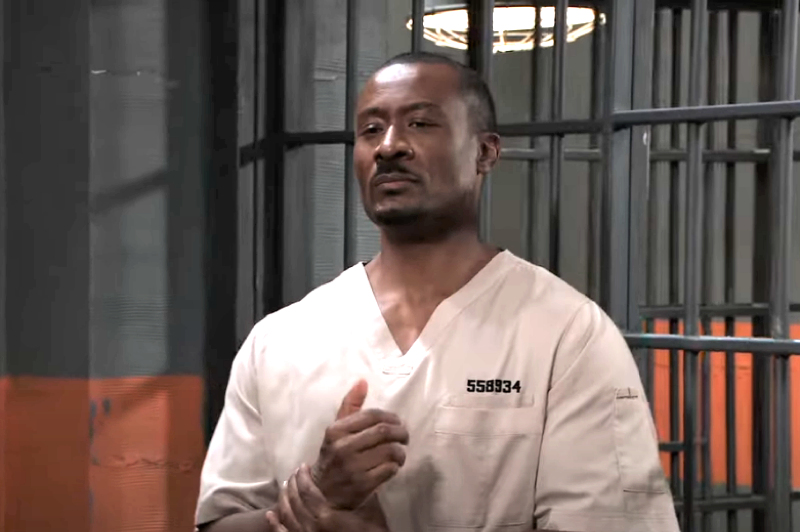 Alexis Davis Will Ask Shawn Butler To Obtain The Records Of His Trial!

Accused of the attempted murder of Hayden Barnes (Rebecca Budig), neither Shawn nor Alexis are aware that it was Alexis’ nephew Nikolas Cassadine (Marcus Coloma) who was the one who ordered the hit. Hayden was hospitalized but she eventually recovered. Well aware that Nikolas was the one who tried to kill her, Hayden saw dollar signs in her future, so she blackmailed Nikolas instead of clearing Shawn. Alexis will recall that Nikolas suddenly married Hayden but they didn’t seem to even like one another. Suspecting blackmail, Alexis will realize that her beloved nephew might be Shawn’s best hope.

Looking over the court documents, Alexis will figure out her nephew had a motive to kill Hayden, while Shawn didn’t with the exception that he was Sonny Corinthos’ (Maurice Bernard) enforcer at the time. In addition, Alexis will remember that although Hayden was helping Nikolas before her most recent disappearance, their relationship was certainly not any more amicable than they had been before Nikolas was presumed dead for three years. The only reason Hayden agreed to help Nikolas locate the codicil to restore the Cassadine fortune to him was the promise of a very large payday.

Hayden was caught one too many times snooping around Wyndemere by Valentin Cassadine (James Patrick Stuart) while she was helping Nikolas try to locate the elusive document. Fearing Hayden would eventually spill the beans to Valentin with his threats, Nikolas hired some thugs to terrorize Hayden, while allowing her to believe that Valentin was behind the attack and had promised not to stop until Hayden told him exactly what she was up to.

Nikolas convinced Hayden to go into hiding after the attack, and she hasn’t been seen since. Nikolas claims that he doesn’t know where Hayden ended up, but it seems unlikely he would have lost touch because of the information she has that could incriminate the Prince. As much as it pains Laura Collins (Genie Francis) to admit Nikolas has a dark side, he may very well have had Hayden murdered or is still holding her against her will.

Once Alexis concludes Nikolas was much more likely to have tried to kill Hayden than Shawn, Alexis will request to see her nephew. Alexis will be angry at the position she is now in because of Nikolas. Alexis will demand Nikolas tell her the truth. Nikolas will finally admit that Alexis is right, but will implore his aunt to keep his secret. Look for a desperate Nikolas to remind Alexis how he made sure she was well taking care of while in Pentonville. He is even attempting to buy the prison himself to make sure she stays safe. And while Alexis will certainly appreciate everything Nikolas has done.

Shawn suffers to save him. Promising to try to find other ways to get Shawn his well-deserved probation, Alexis will warn Nikolas that if creating reasonable doubt by painting him as a much more likely suspect, Alexis will have no choice but to do just that. Of course, Alexis can’t be the attorney of record she will ask Shawn to let Martin Grey (Michael E Knight) take over his probation case. Alexis will tell Martin about Nikolas, and the deal to not implicate Nikolas if there was any other way to ensure Shawn’s freedom. But Martin has been revealed as Laura’s brother and therefore, Nikolas’ uncle. Would he throw the case for his newfound family or honor Alexis ‘ wishes by doing the right thing and proving Sean innocent beyond a reasonable doubt.

Will the only way that seems a sure bet to get Shawn out of prison be to bust Nikolas? Will Alexis betray her nephew to help her old friend who has already suffered a great injustice. Can Alexis convince Martin to take the case and follow her instructions about Nikolas since she can’t practice law. And will Martin side with Alexis or will Nikolas offer Martin something he can’t refuse? Most of the time people eventually do the right thing in Port Charles, so stay tuned to General Hospital airing weekdays on ABC. And don’t forget to check back right here regularly for all your General Hospital news, information and spoilers.