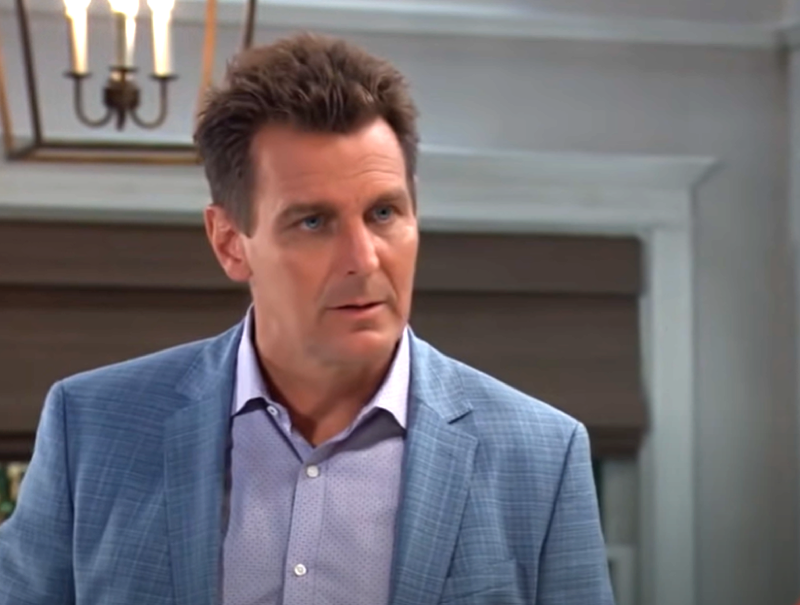 General Hospital (GH) spoilers and updates tease that Jasper Jacks AKA Jax (Ingo Rademacher) has been doing some questionable things. Jax was in a relationship with Nina Reeves (Cynthia Watros). Nina wanted to find her long-lost daughter. Jax kept the secret that Nelle Benson (Chloe Lanier) was Nina’s daughter from her. Nina was upset to find out that Jax had not told her about Nelle and broke up with him.

Jax did not tell Nina the truth about how her daughter died. Nina was upset with Jax over the situation surrounding Nelle’s death as well. Nelle was a troubled young woman. A big part of why Nelle was a damaged individual was that her kidney had been removed when she was a child without her consent. Jax illegally bought Nelle’s kidney for his daughter Josslyn Jacks (Eden McCoy) who needed a kidney transplant.

Nelle had a son Wiley Quartermaine-Corinthos (Theodore and Eric Olson) with Michael Corinthos (Chad Duell). Nelle and Michael had a court case over getting full custody of Wiley. Michael married Willow Tait (Katelyn MacMullen) to get custody of Wiley. Willow adopted Wiley after Michael got full custody of his son. Michael and Willow have been concerned about Nina getting to know Wiley because she made the mistake of telling Wiley that Willow was not his mother. 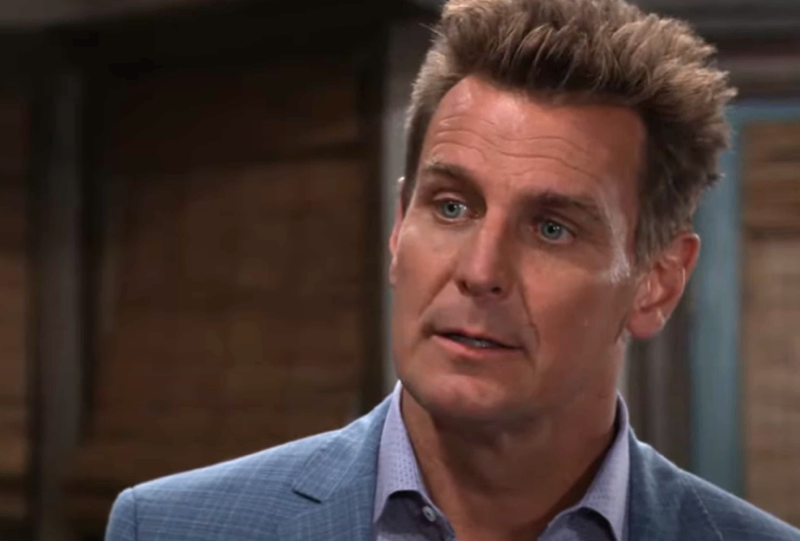 Jax has wanted Michael to give Nina a chance to be a part of Wiley’s life. Michael and Willow have been trying to help their friend Harrison Chase (Josh Swickard) because he is deathly ill. Chase believes that Willow is his girlfriend. Willow wants to break up with Chase to be with Michael but does not want to put his health at risk. Jax knows that Michael and Willow are in a relationship because he saw them in an intimate moment.

Jax told Michael that if he does not let Nina see Wiley that he will tell Chase that Michael and Willow are a couple. Michael was shocked that Jax would blackmail him into letting Nina see Wiley because Jax has been a part of Michael’s life ever since he was a child. Jax was married to Michael’s mother Carly and had been Michael’s stepfather. Michael was upset that Jax has blackmailed him and would have put Chase’s life in danger to get Nina to see Wiley.

Jax has supported Carly through many difficult situations. Carly has been trying to deal with Cyrus Renault (Jeff Kober). She had to take over Sonny Corinthos’ (Maurice Benard) mafia organization because Cyrus wanted to take it over for himself. Carly and nearly everyone in Port Charles believe that Sonny is dead. Carly could not turn to Jason Morgan (Steve Burton) for help because he was framed by Cyrus for the death of Franco Baldwin (Roger Howarth).

Carly had to turn to Ava Jerome-Cassadine (Maura West) and Mayor Laura Collins (Genie Francis) in different ways to deal with Cyrus. Jax has been critical of Carly for taking over Sonny’s organization. He believes that Carly is putting Joss at risk. However, Jax did not offer to help Carly deal with Cyrus. Jax could have helped Carly deal with Cyrus because he has dealt with his brother Jerry Jacks (Sebastian Roche) who is an international criminal. Jax did not do anything to help Carly to protect her family which includes his daughter from Cyrus.

General Hospital Updates – Jasper Jax Could Be On a Dark Path

General Hospital Jax could be starting to go in a dark direction. Jax has blackmailed Michael in order for Nina to see Wiley. He was not concerned that Michael is worried that Nina could be a problem for Wiley. Carly is protective of Michael and Wiley. How will Carly feel when she finds out that Jax blackmailed Michael?

Nina wants to be a part of Wiley’s life. She wanted to be a part of Nelle’s life but Jax kept her from being a mother to Nelle. What will Nina think of Jax when she finds out that he blackmailed Michael so that she could see Wiley? Jax did not help Carly with Cyrus when she needed help the most. Will Carly ever be able to turn to Jax for help again? Tune into General Hospital to find out if Jax continues down a dark path.