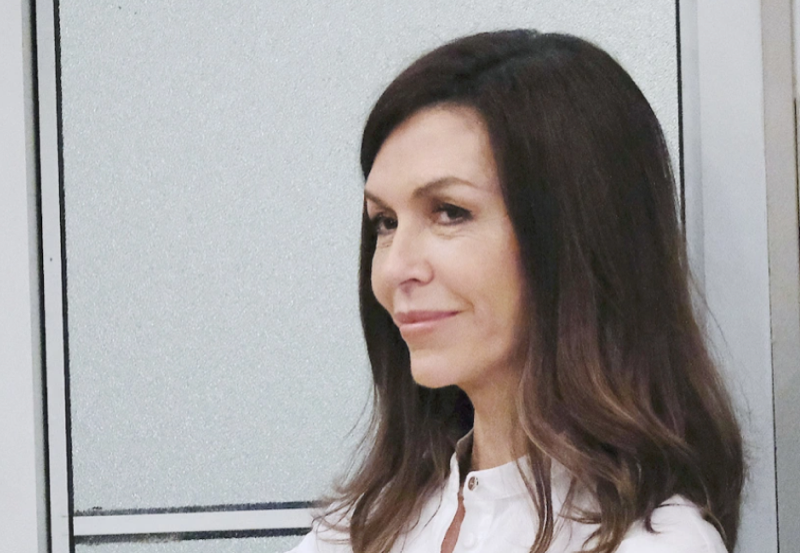 General Hospital (GH) spoilers and updates tease that it was a week of great relief in Port Charles this past week. With Peter August (Wes Ramsey) missing and Cyrus Renault (Jeff Kober) heading off to a high-security prison in the Midwest while he awaits trial, there seems to be a lack of real villainy in Port Charles. This could make Anna DeVane (Finola Hughes) want to go after Dr. Leisl O’Brecht (Kathleen Gati) for one crime or another. Certainly, she already suspects that Leisl was behind Dante Falconeri’s (Dominic Zomprogna) brainwashing as she pretty much told Leisl that she knew, if she really wanted to, she could put Leisl away for a long, long time.

Not realizing that Dr. Finn Hamilton (Michael Easton) is about to give his brother Harrison Chase (Josh Swickard) the cure from the poison that Peter had given him. As long as Peter had been lurking around, Anna was able to get another dose for to keep Chase alive until a permanent solution could be found. But now that Peter has gone missing, Anna feels the pressure to find Peter and get another dose of the serum. But what Anna doesn’t know if that Peter is dead.

Because he still needed to save Chase, Finn hasn’t told Anna that he basically threw Peter down a staircase at General Hospital, almost killing him instantly. But even with Peter no longer a threat Finn know he had to get away from the scene because he was Chase’s only hope for a cure now, and he certainly wouldn’t be able to find one while still in prison. So Anna is currently searching for a dead man and wasting her time when she could be figuring out what Maxie Jones (Kirsten Storms) isn’t telling her. 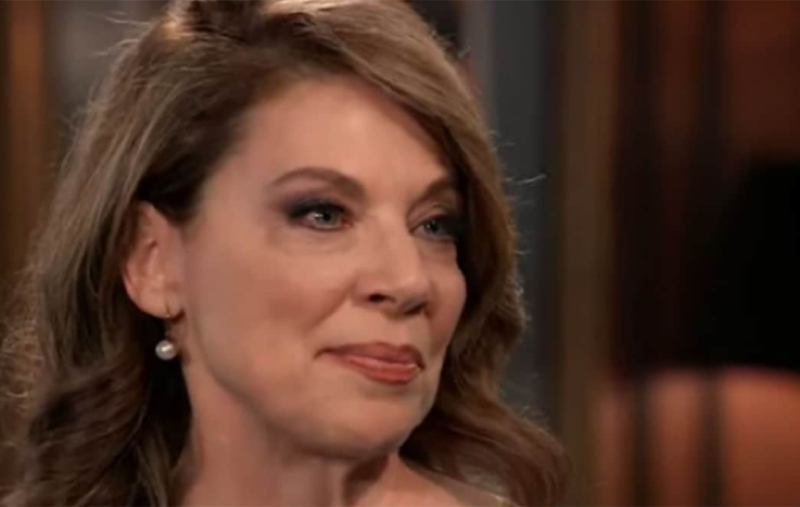 But that doesn’t mean a search for Peter is completely fruitless. When Dr. Leisl O’Brecht suggested Anna go with her to a “Rage Room” it was exactly what Anna needed. This was the first time these two have been able to be in a room together without really hurling insults or trying to harm each other. And Leisl might have some very valuable information that she might be willing to share, especially if it means locating Peter.

The many locations where Cesar Faison (Anders Hove) has hidden out over the years could be far more valuable in the long run. Although Britt won’t go on the run with her father again, she might be able to accompany the duo and give her medical option for any discoveries. Imagine all that this trio can accomplish if they go through Faison’s old safe houses. They might get valuable insight as to how Faison ran his business of thugs and mercenaries.

And although they may not find Peter, they may come to the realization that Peter is dead or he would have shown himself by then. There is one point worth noting before the page is closed on Peter. Elizabeth Webber (Rebecca Herbst) helped Finn stash Peter’s body in Helena Cassadine’s (Constance Towers) laboratory underneath General Hospital. This is the lab that has both successfully brought a couple of people into their lives but also made them regret ever meeting each other!

General Hospital Updates – What Do You think?

Once Chase is cured, will Finn and Elizabeth confess the truth about Peter’s death. In the meantime, is Anna just wasting her time looking for Peter? Would Leisl’s suggestion of going to Faison’s old haunts be more useful in understanding both father and son? Could they actually find themselves enjoying each other’s company? And would they ever admit it? Sometimes the person we believe is our greatest enemy has to key to our happiness, so stay tuned to General Hospital airing weekdays on ABC. And don’t forget to check back right here regularly for all your General Hospital news, information and spoilers!

Days Of Our Lives (DOOL) Spoilers: Gwen And Xander Have A Dilemma With Dr. Snyder