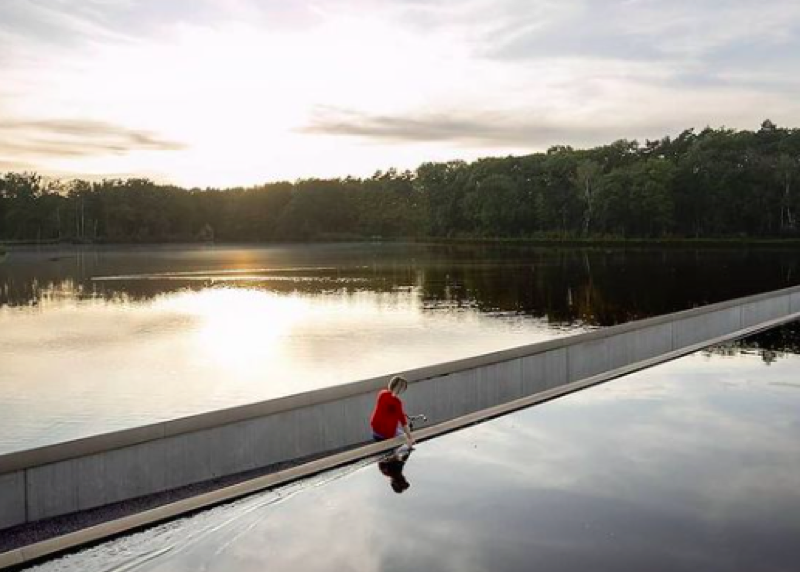 In the time of COVID-19, cycling is an ideal adventure sport offering fresh air, healthy exercise, and the best in social distancing, while enjoying the passing views. Limburg in Belgium is creating a series of unique 360-degree cycling experiences, taking riders above a forest, through a canopy of trees.

Award-Winning Cycling Through The Trees Trail

Over the past few years, the Belgian province of Limburg has seen a cycling renaissance. The tourist board has created several unique cycling experiences. The latest is a forest cycling trail, named Cycling through the Trees. The trail does just that – it takes cyclists through Bosland, the largest adventure forest in Flanders, Belgium. The trial was opened in June 2019. 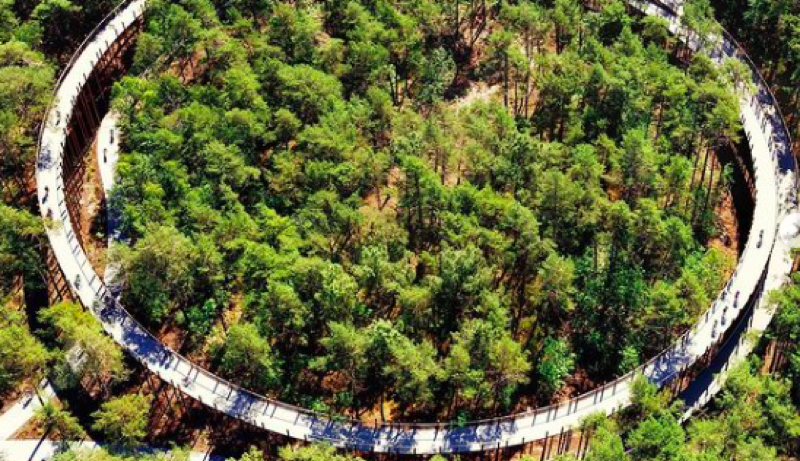 A circular track gradually takes cyclists up 32 ft into the air, allowing them to enjoy a 360-degree view over the forest canopy and the nature reserve below. Various rest and information spots have been created along the trail from recycled tree trunks. Cycling tourists ride around a double circle all the way to the treetops. For those who prefer to travel on foot, the path is also accessible to walkers and joggers.

The cycling trail was designed by Belgian studios BuroLandschap and De Gregorio & Partners and has been shortlisted for the infrastructure project of the year at Dezeen Awards 2020.

The latest cycling trail is the second in a series of imaginative cycling projects in Limburg. First was the Cycling through Water project in Bokrijk. That trail takes cyclists through a pond, with the water on eye-level on each side, making cyclists feel like they are riding on the water.

The third project, Cycling through the Heathland, is set to open in Hoge Kempen National Park at the start of 2021. That trail is a 984 ft cycling bridge, running through a heath landscape. The trail brings cyclists closer to nature in the evergreen surrounding of the national park. 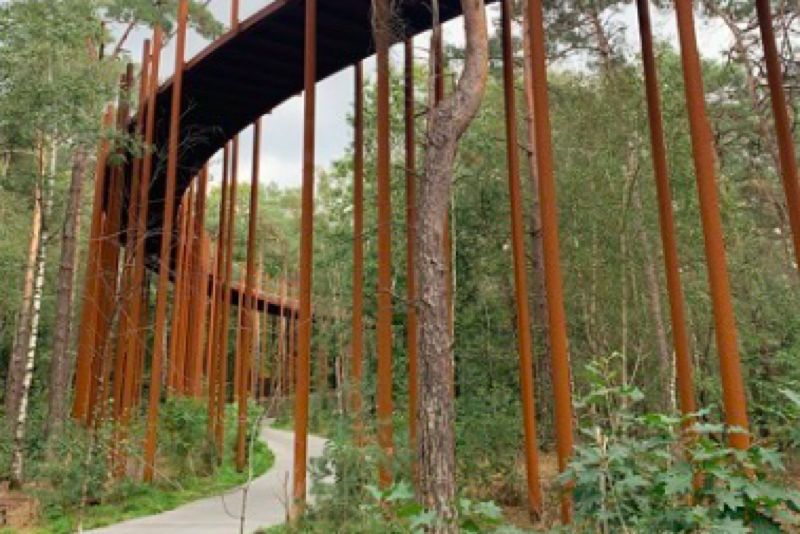 The tourism board said that with these three, imaginative trails, Limburg is pushing to be a pioneer in cycling tourism, while taking advantage of improved facilities and infrastructure for cyclists. So far, the province has 1,240 mi of safe, paved, and mostly car-free cycling trails, all connected through the cycle node network.

According to Igor Philtjens, president of Visit Limburg, the cycling trails are designed to promote sustainable tourism. They also encourage visitors to get out into the countryside, while exploring the natural surroundings by bike.

Philtjens said that this is a success, adding that the number of cyclists visiting Cycling through Water and Cycling Through the Trees is growing continuously. Even better, the unique cycling projects are receiving more and more international acclaim.

For those travelers who find it difficult to bring their own bike, there is a bicycle rental point close by in De Groenen Hoek. Visitors should reserve their bikes in advance and collect them on the day they want to come.

Read more about the project and see more photos on the Limburg official website. Enjoy a video of the cycling trail below.

Which US National Parks Require A Reservation This Summer?