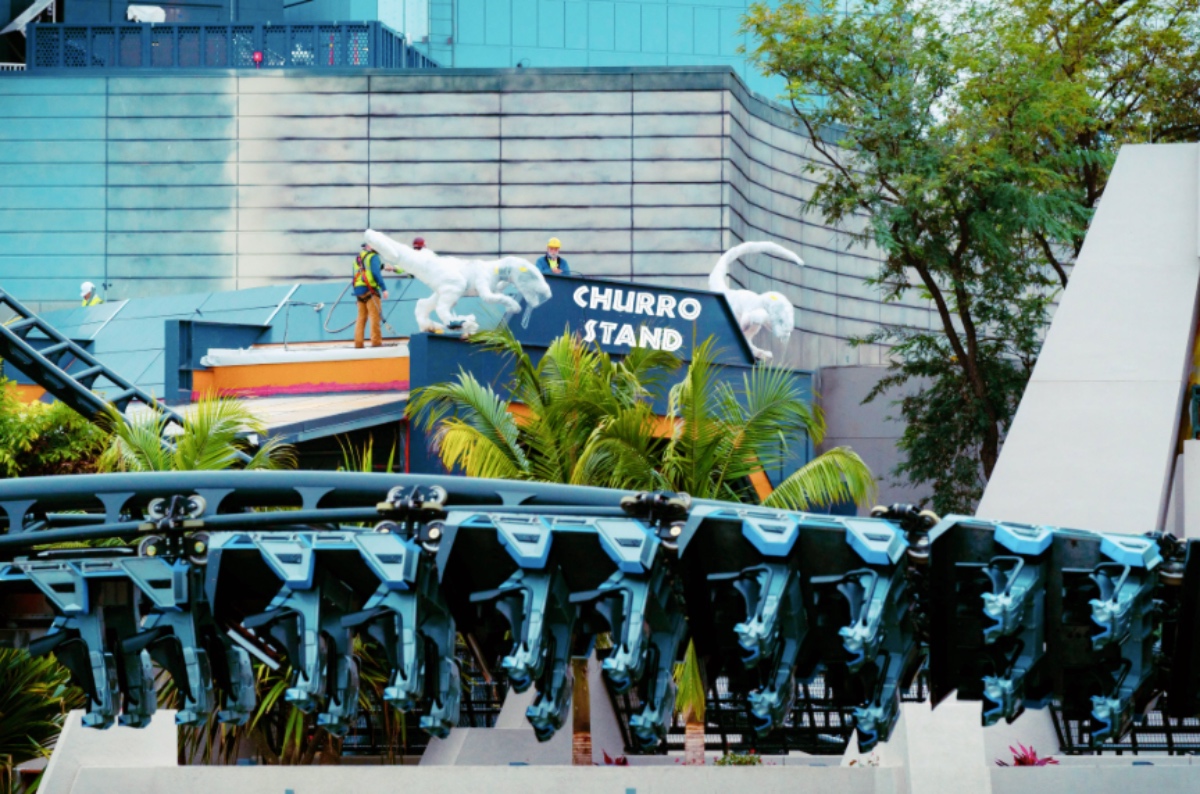 The finishing touches are being done to Universal Orlando’s latest rollercoaster, VelociCoaster including a raptor attack opening in summer 2021.

Who doesn’t love dinosaurs? This coming summer at Universal’s Islands of Adventure guests will get to ride the latest rollercoaster, VelociCoaster. They can also enjoy a raptor attack from the moment they enter the attraction, while standing in the queue.

VelociCoaster at Universal’s Islands of Adventure

As reported by WDW News Today, Universal’s Islands of Adventure will be opening the latest rollercoaster, VelociCoaster in summer 2021. This is thanks to rapid, ongoing construction since the parks reopened in June 2020. Now people cannot wait to ride!

The new VelociCoaster is not your typical rollercoaster, in the sense that it has been made to not just be a thrill ride. It is also a highly immersive storytelling adventure. Universal fans are no excited to experience this new attraction.

Since the exterior of the rollercoaster was completed, Universal had added a whole load more dinosaurs to the attraction. What makes it really interesting is that the raptors are not, necessarily, in the attraction itself – they are at the entrance.

Themed queuing for the attractions

Anyone who has been to Disney or Universal theme parks knows that the queues for each attraction take things a step above other theme parks. This is due to their theming. For instance, Harry Potter and the Forbidden Journey in the Wizarding World of Harry Potter at the Islands of Adventure is the perfect example.

Anyone that wants to ride gets to literally enter Hogwarts and explore many of the rooms from the original films. There is so much incredible detail, it seems like the movies were literally filmed in the theme park – which of course they weren’t.

As with everything Universal, the newer the ride, the better the technology and the more detail oriented and immersive the queue for the attraction. In the case of VelociCoaster, which is said to be Universal’s most immersive ride yet, it will probably follow the trend by having a queue that removes guests from reality and puts them in a world where they have to run with the velociraptors.

Immersion Will Start From The Moment Guests Enter The Queue

It is likely the immersion will start from the moment guests enter the queue. In fact, Orlando Informer took to Twitter to reveal the latest additions to the raptor family. As people walk towards the entrance to VelociCoaster, they will instantly face a roaring dinosaur. This raptor then sets the exciting tone for the ride, reminding guests how bloodthirsty and carnivorous these dinosaurs truly are.

But that’s not all, of course. While guests are passing the churro stand on the way to the ride, two more dinosaurs can be seen lurking. This gives the feeling that something could go wrong on the raptor run, with dinosaurs attacking the guests!

As guests walk in, they will find that each new raptor faces them, posed in a predatory stance. It seems Universal didn’t just want their guests to spot the raptors on the ride, but rather have them staring directly back at them. This makes it a perfect entry to the new attraction.

While there is no set date as yet, look forward to the opening of VelociCoaster this summer!