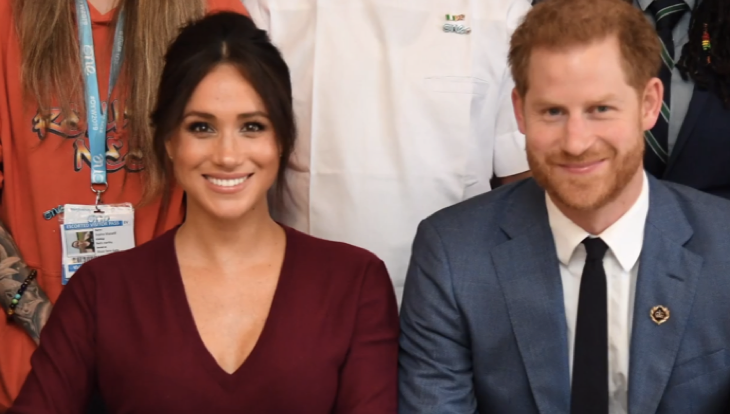 Prince Harry and Meghan Markle have sent a touching letter to an author whose book affected Harry in particular. Mark Lemon was just 12 when he wrote, The Magical Wood after his father was murdered. Lemon gifted the book to the couple and it was especially poignant for Harry who also endured the death of his mother, Princess Diana, as a child.

The book was written to help children work through the tragedy of losing a parent. The UK writer suffered the loss of his father James 28 years ago.

Kate Middleton Wishes She Knew This As A First-Time Mom

Lemon is now a father of two children and he sent the couple his book after hearing about how both Prince Harry and his brother Prince William managed the death of their beloved mother.

In fact, Lemon and Harry were the same age when they lost a parent, 12-years old.

According to Lemon, “As someone affected by grief and trauma as a child, I felt compelled to send a copy of my children’s bereavement title The Magical Wood to them.”

Recalling the time the mailman brought the couple’s letter, Lemon said, “I remember the knock at the door to be greeted by the postman. The postman asked me to sign for a delivery and when I looked at the letter I saw the royal crest, it gave me immediate goosebumps.”

He went on, “I never expected to receive a reply, so to hold a letter in my hands from Kensington Palace was an incredible feeling.”

Did Prince Charles And Camilla Parker Bowles Not Do Enough To Help Meghan Markle? #PrinceCharleshttps://t.co/BSzvGpZQuk

Lemon and his wife Simone are the parents of 9-year old Otis and 5-year old Thea. Of his book, he said, “It fills me with a huge amount of pride to know that The Magical Wood is on their bookshelves.”

‘You never know-how, or where, an idea will end up and this is why I am so proud to have received a letter of reply from them.”

The letter Lemon received was written by Harry’s assistant secretary and starts off: “The Duke and Duchess of Sussex have asked me to write and thank you for your letter, kindly enclosing a copy of your book, ‘The Magical Wood’, which was written to help children suffering from the bereavement of a parent or loved one.”

“Their Royal Highnesses were grateful to you for thinking to send them a copy of this book and to know that you are donating proceeds from each copy sold to the children’s’ bereavement charity, ‘Winston’s Wish.”