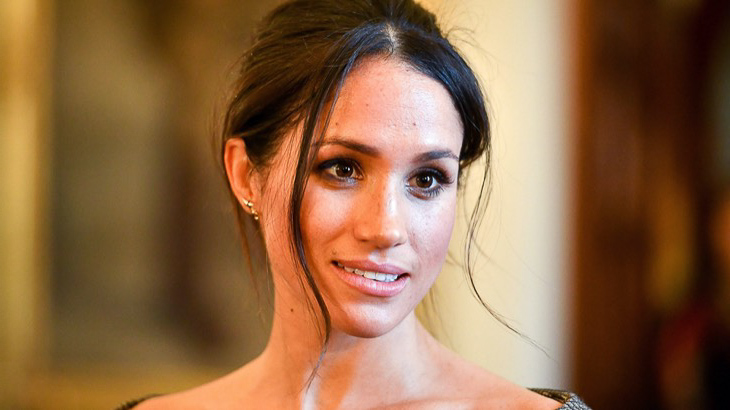 According to insiders, Meghan Markle and Prince Harry doesn’t have a chef right now. That means that Meghan has to put on the apron and cook up the family grub. Whether Prince Harry ever joins in, knows how to cook at all, or helps to clean up the dishes, hasn’t been revealed. However, on a measly $2.5 Million dollar allowance delivered unto the Duke and Duchess of Sussex via Prince Charles’s Duchy of Cornwall, it’s obvious that Harry and Meghan can’t afford much these days.

Indeed, everything appears all too much for Meghan and Harry, and some feel they might have remained better off if they’d never stepped back from their royal duties as senior members of the British Royal Family, and had never left the U.K. at all. Reports indicate that Meghan Markle has wanted to join mom groups so that she could enjoy the fellowship of other women with children the same age as little Prince Archie Harrison Mountbatten-Windsor. Alack and alas, Meghan can’t do that because she’s just too famous and can’t be sure of anyone’s motivations for wanting to befriend her. Unfortunately, it seems clear that Meghan Markle’s sheer awesomeness has caused her the sorrow of isolation.

This also makes matters worse since Prince Archie is stuck at home. Without the funds for extra-security, apparently Meghan is reluctant to have Archie placed in any kind of outside childcare facility.

All is not lost, however, since Meghan Markle has called in dear old mom to save the day. Of course, fans of Meghan and Harry know that Doria Ragland (Meghan’s mom) was there at Meghan’s wedding as well as the birth and Christening of baby Archie. It’s a certainty that Doria and Meghan are quite close and so it’s no wonder that some are claiming that Doria has stepped in to help Meghan in a time when the Duchess is experiencing extreme overwhelm.

Indeed, with the many events, Meghan has attended, her efforts to push herself further into the faces of both the British as well as American masses, along with her wild political ambitions well … obviously she won’t have the time to raise Prince Archie properly. Of course, maybe Meghan will be there to say hello in the morning and goodnight before bed, but the interim … well, some believe that’s to be left up to Doria Ragland.

What could go wrong? After all, Doria Ragland is Meghan Markle’s mother, Archie’s grandmother, and she loves the toddler. Doria raised Meghan Markle by and large and look at what a paragon of virtue she’s turned out to be! Why, every two seconds the media is reporting on how Meghan is letting everyone know just how much they can and should do more, be more, be better, rise above, and generally evolve into homo sapiens superior!

It’s all about the energy and the collective and being on the cusp of a mass transition into something greater than anything we’ve been as a species before … and Meghan Markle, channeling her inner Barack Obama, is there to show everyone the way!

Meanwhile, Grandma Ragland’s changing His Royal Babyness’s diapers so that Meghan, “Mommy Dearest” … doesn’t have to.