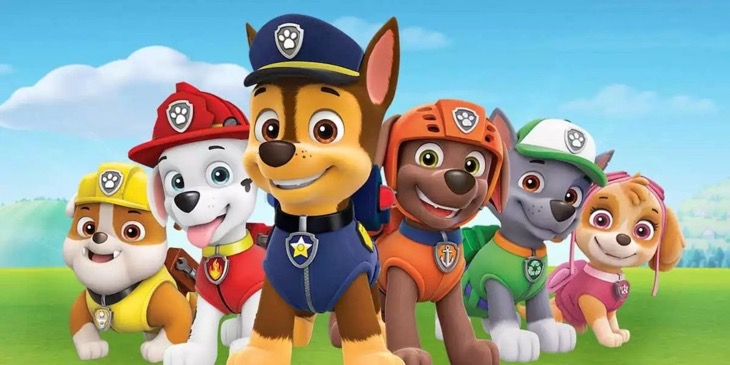 Paw Patrol spoilers bring the relieving news that the Nickelodeon cartoon about helpful and loving pups is not, we repeat not, canceled as has been reported. To repeat, PAW Patrol is not a victim of cancel culture.

According to some Twitter users wanted the show to be canceled. How controversial can an animated children’s series about a boy who adopts a group of search and rescue dogs be? These aren’t Rottweilers roaming the mean streets looking to chew up arms and legs or jump on little old ladies. The adorable, big-eyed, grinning dogs call themselves the PAW Patrol because they are on a mission to protect the residents of Adventure Bay.

Paw Patrol spoilers – Some think that Paw Patrol is too controversial

Which led to White House Press Secretary Kaleigh McEnany announcing on Friday, July 24 that the loveable, warm and fuzzy cartoon had been yanked off the air, canceled just like that.

The only problem was that no such thing had occurred.

Paw Patrol spoilers – The heartwarming show has not been canceled

That’s right, despite McEnany’s claims, the show isn’t going anywhere. On Friday afternoon the Nickelodeon show’s official Twitter account confirmed that the show is still on the schedule.

“No need to worry,” the post read. “PAW Patrol is not canceled.”

Perhaps shedding light on why a kid’s show about animated dogs who want to serve and protect would arouse ire, McEnany name-dropped Paw Patrol, and other cop shows during the press conference.

“We saw a few weeks ago that PAW Patrol, a cartoon show about cops, was canceled,” she said, as per Deadline. “The show Cops was canceled. Live PD was canceled. Lego halted the sales of their Lego City police station.”

The only problem was that the PAW Patrol was not among the stricken shows. But that doesn’t mean it won’t end up that way.

According to People, before the cancellation rumors the Paw Patrol Twitter account showed its support for the Black Lives Matter Movement following criticism that it glamourizes police officers. It is this perception by some that apparently has led to calls for Nickelodeon to pull the plug on the beloved kid’s show.