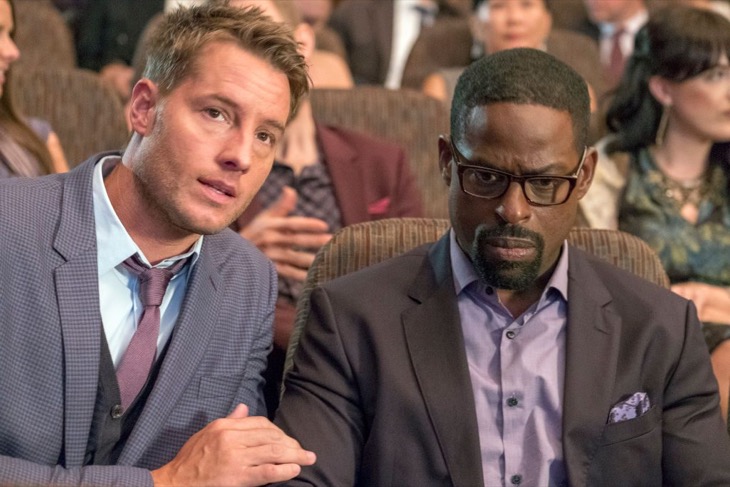 This Is Us season 5 spoilers reveal that Randall Pearson (Sterling K. Brown) and Kevin Pearson (Justin Hartley) are in a fierce battle. While their mom’s health caused things to explode, the sibling relationship has always been tense. While one family tragedy ripped the brother’s apart, could another one force them to stand together and put on a united front?

Last season, it was teased that there would be a crisis that would affect every member of the Pearson family. We discovered that something wasn’t quite right with Rebecca Pearson (Mandy Moore). Diagnosed with cognitive impairment, her condition is expected to get worse.

However, Randall and Kevin’s already strained relationship couldn’t take anymore. They disagreed about their mother’s care. Then the battles opened up older wounds and hidden resentments.

This Is Us season 5 spoilers reveal that Kevin has resented his brother since childhood. We aren’t exactly sure why. Perhaps it’s because Randall doesn’t look like the rest of the Pearson family. Maybe it’s the adoption that is the core issue. Kevin could have felt that Randall was treated better or got “more” than him. It could be something as simple as classic sibling rivalry. It might be some hidden resentment from early childhood that hasn’t been shown to us in flashbacks yet. But it has always been there, simmering just under the surface.

It doesn’t mean they haven’t been there for one another. We have seen them have each other’s backs when necessary. But it was only a matter of time before the situation erupted.

Randall knows his facts, figures, and statistics. It’s how he makes decisions and his anxiety compels him to prepare for the worst. His anxiety also fuels his need to take the reins in some way when he is faced with an uncontrollable situation.

Rebecca’s health cannot be controlled or predicted. So, Randall is focusing on the one thing he can control — her medical care. Unfortunately, Kevin is not on board with Randall’s decisions and it was the straw that broke the camel’s back.

It all started with a couple of strangers. pic.twitter.com/0mihabYk5l

This Is Us Season 5 Spoilers: Family Tragedy Unites Brothers?

Speaking to Awards Daily, Hartley explained that the words thrown out there can never be taken back. They have lost love and respect for each other. But is all hope lost? The actor hopes that they can find a way to rebuild their demolished relationship. But even the This Is Us cast member admits it would have to be something pretty huge to make that happen.

Be sure to catch up on everything happening with Justin Hartley right now. Come back here often for This Is Us spoilers, news, and updates.

The Bold and The Beautiful News Update: Denise Richards Dishes On The Challenges Of Raising Teenagers Today