The Bold and The Beautiful News Update: Denise Richards Dishes On The Challenges Of Raising Teenagers Today 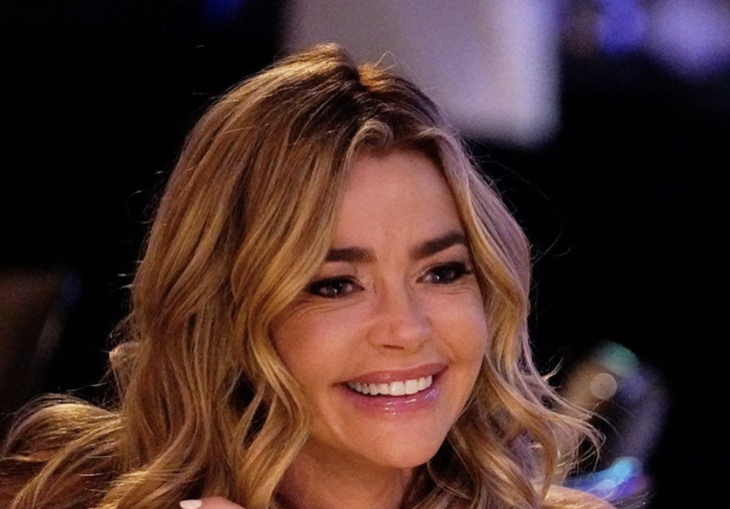 CBS The Bold and the Beautiful spoilers reveal that Denise Richards (Shauna Fulton) is no stranger to drama. In addition to her role on the CBS sudser she also stars on The Real Housewives of Beverly Hills and between the two shows there is no shortage of emotional angst.

The lovely and talented actress is also raising three daughters, two of which are now teens, so between her professional and personal life, there is hardly ever a dull or boring moment.

She recently talked to Soaps In Depth about the challenges of raising teenagers and we have her insights for you here.

The Bold and The Beautiful News Update: Adrienne Frantz Adds A Little Lion Cub To Her Family – See Pics!

Richards’ oldest daughter Sam is 16, her middle daughter Lola is 15, and her youngest daughter Eloise is nine. Is she a strict or a lenient parent? You might be surprised at the answer.

According to Richards, “My parents were strict with me, so that’s how I was raised. So I’m about the same, I would have to say. However, I know it’s a different time now from when I was younger, which my daughters are constantly reminding me of.”

On RHOBH Denise has also addressed her parenting methods, in particular with her co-star Lisa Rinna who played Billie on Days of our Lives.

These two ladies have different ideas about parenting and have gotten into it more than once about this topic while in front of the cameras on the reality series.

The Bold And The Beautiful Spoilers: Douglas Shocked To See His Dad – Thomas Claims To Be A Changed Man? #bb #BoldandBeautifulhttps://t.co/G8jTjrwLJu

The Bold and the Beautiful spoilers – What’s next for Shauna Fulton in L.A.?

Summing up her thoughts on the relationship between parents and teens, Richards’ told the magazine, “I am just glad that social media wasn’t around when I was a teenager!”

B&B will be back with all-new episodes on Monday, July 20, following the coronavirus induced hiatus. It is the first of the four remaining daytime dramas to do so and fans are anticipating getting back into the swing of things with all their faves.

One of the epic questions waiting to be answered is whether or not Shauna and Ridge Forrester (Thorsten Kaye) got hitched during their Vegas getaway. We know they got drunk and had tons of fun, but will we discover that Ridge put a ring on the ex-show girl’s finger?

Jasper is well… our favorite guy living in Paris! He’s here to lend us his deep thoughts when he feels the urge. (**sarcasm**) You won’t find a cooler, more chill dude on the planet. From Daytime soap news, TV, and news to the latest interviews, Jasper is the all-around GUY…. we love him!

The Bold and The Beautiful News Update: Adrienne Frantz Adds A Little Lion Cub To Her Family – See Pics!