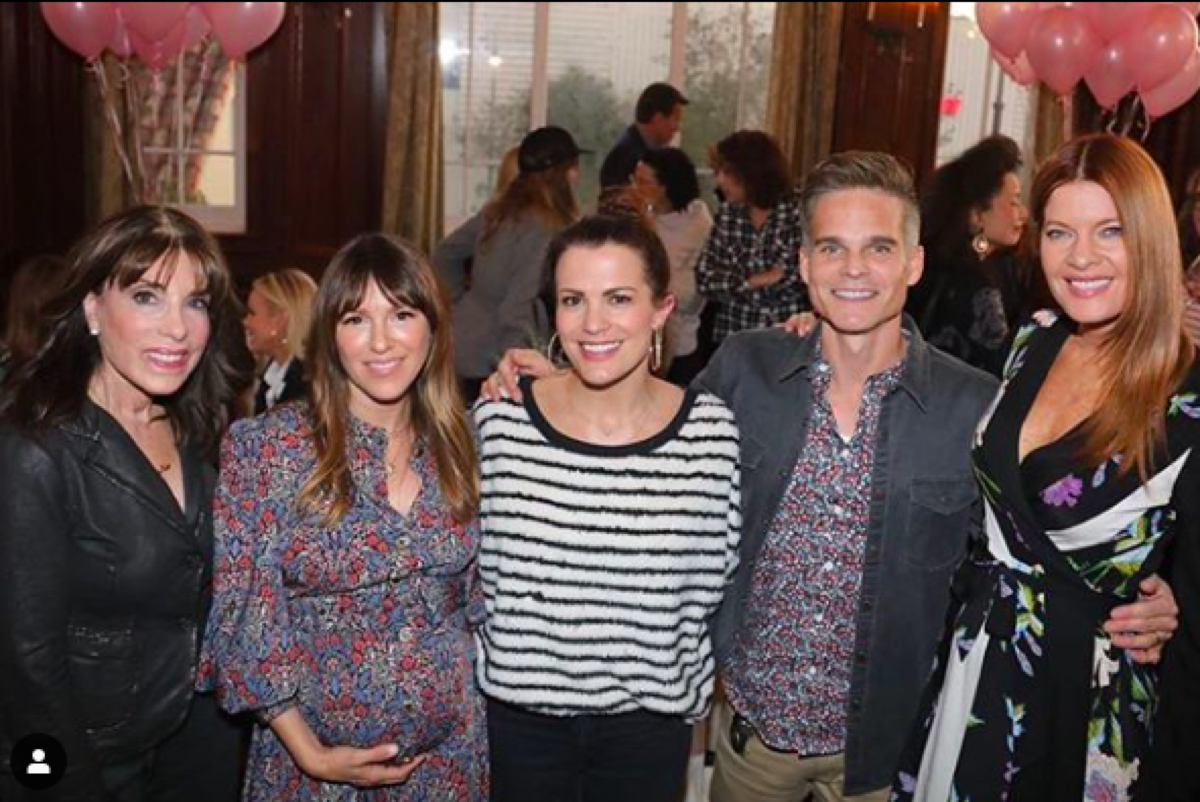 Y&R Spoilers: This Was One Big Baby Shower!

They really know how to make a Mama to be feel so incredibly loved. I can’t wait to bring my baby girl to set for her to meet her @youngandrestlesscbs extended family. Thank you to all of you who came, sent gifts, texts, notes of encouragement, support and pure love 📸 @justjimwarren .”

Young And The Restless Spoilers: This Shower Was So Big It Even Got A Mention In Daytime Confidential

Tamara wrote on her post, “There’s a baby in there!!! So wonderful to shower Lizzie with love last night. We can’t wait to welcome sweet baby girl to the world!! We love you Lizzie!! #love #baby #babyshower #friends #laughter” where the photo shows Elizabeth flanked by Tamara and Briana Nicole Henry.

This shower was so big it even got a mention in Daytime Confidential, where it mentioned that Melissa Claire Egan was the culprit at the huge bash, and Alicia Minshew and Rebecca Budig were also in attendance! Rebecca’s Instagram post showed a closeup of her and Melissa Claire Egan, and she wrote: “The girl I never get to see..thank you @missyclaireegan for throwing a sweet baby shower for @e.c.hendrickson LOVE seeing your beautiful face and laughing with you. Great way to start the weekend! Xox.”

Y&R Spoilers: Elizabeth Is Over The Top Happy That The Young And The Restless Writers Wrote Her Real-Life Pregnancy Into The Show

Greg previously gave Elizabeth a crib that was used for his and his husband Robert Sudduth’s son. Elizabeth is over the top happy that The Young and The Restless writers wrote her real-life pregnancy into the show and that she’s made it to the 34 week mark, having suffered previous miscarriages!

Michelle Stafford, who plays Phyllis Summers on the show and is a mother of two, is quoted as having told her, “Yay! I have some stuff for you!” when she first found out about the pregnancy, and Elizabeth had responded, “More goodies? There is an upside to being late to the game!”

Check out the CBS daytime drama “The Young and The Restless” to see Elizabeth and her castmates, and check out Celebrity Baby Laundry for the latest news, updates and developments!