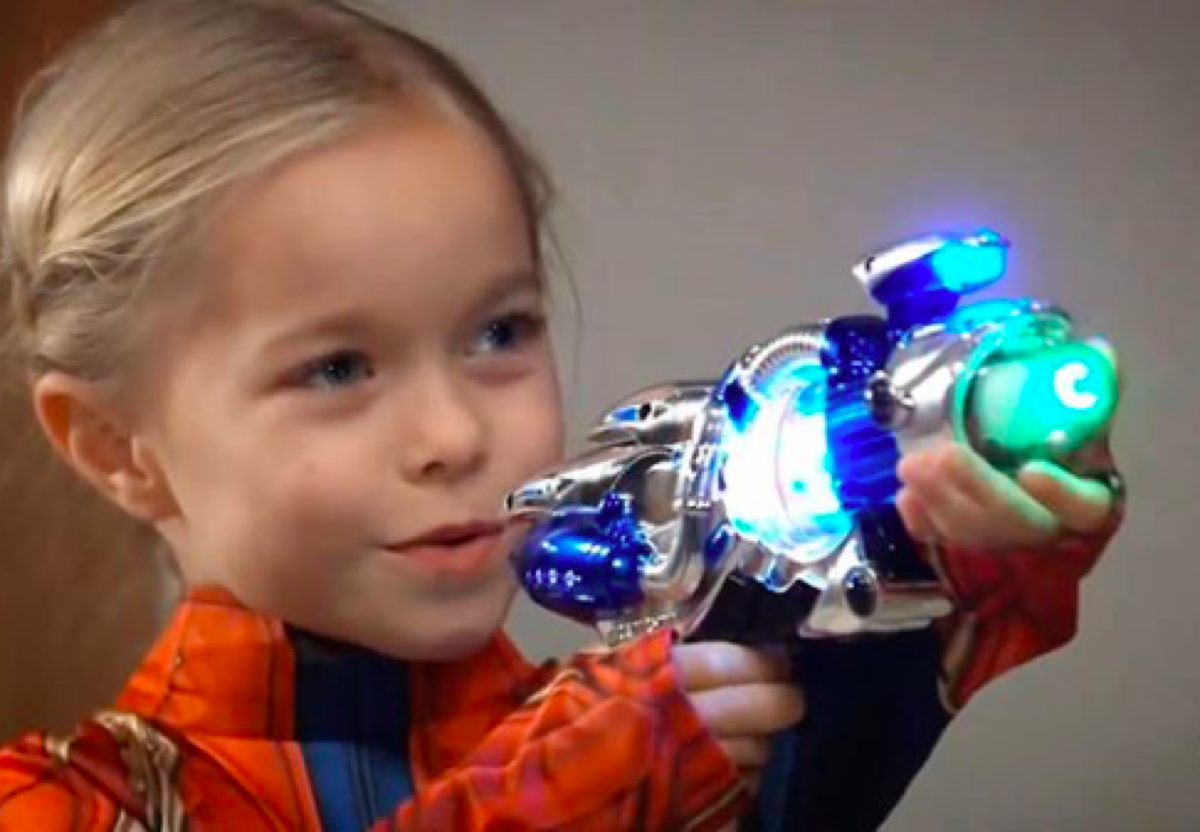 General Hospital spoilers reveal that Jophielle Love had a great time playing Violet Barnes playing Captain Marvel in a recent episode of the ABC daytime drama General Hospital, and wrote about it on Instagram!

GH Spoilers: Jophielle Love Posted A Photo Of Herself In Costume With Her Toy Ray Gun

Jophielle posted a photo of herself in costume with her toy ray gun and wrote: “Did you watch General Hospital today? I got to be Captain Marvel and that was a lot of fun ! If you missed it… catch it on Hulu! Pew pew pew!” The episode ran on Wednesday, February 5, and featured Jophielle as Violet Barnes as Captain Marvel, Finola Hughes as Anna Devane as Nick Fury and Wes Ramsey as Peter August as – the bad guy!

Anna sat play-tied to the stairs and Violet took down Peter and saved Anna. It was an adorable scene – Wes Ramsey/Peter is a big guy over six feet tall and it was absolutely adorable to see him be taken down quite voluntarily to the floor, by a pint-sized superhero!

General Hospital Spoilers: About The Players In The Scene

Finola Hughes, who plays Anna Devane, is a veteran of General Hospital and also of the defunct ABC daytime drama All My Children, where her character crossed over for a period of time. She has also played a dual role as her twin sister Alexandra Marick.

Did you watch General Hospital today? I got to be Captain Marvel and that was a lot of fun ! If you missed it… catch it on Hulu! Pew pew pew!

She has played Anna since 1985. Wes Ramsey, who plays Anna’s son and “the bad guy” Peter August, has played on General Hospital since 2017 and was previously known for his roles on Charmed as Wyatt Halliwell, Guiding Light as Sam Spencer and on Days of Our Lives as Owen Kent. Jophielle debuted as Violet in October 2019 and has previously starred in commercial.

She also appeared on Grey’s Anatomy, as Clervie Martin and in a movie called “Rose” as Jophielle Kindar-Martin. She was born on May 20, 2014 in France to Karine Mauffrey, a stunt woman, and Jade Kindar-Martin, a high-wire walker. Her first acting job was at age 3, in a Citibank commercial with her dad and her brother in 2018, which aired for a year.

Her two older brothers are named Gabriel Sky and Raphael Luce, who are both actors, and with her parents, she splits her time between living in Los Angeles and Southern France, in an artist’s retreat called “Mas Pinet.” Gabriel has appeared in at least two episodes of General Hospital as well, one beside his sister in a scene in the Christmas episode based on Charles Dickens’ “A Christmas Carol”.

Check out General Hospital to see Finola, Wes and Jophielle in action, and check Celebrity Baby Laundry frequently for all the latest news, updates and developments.