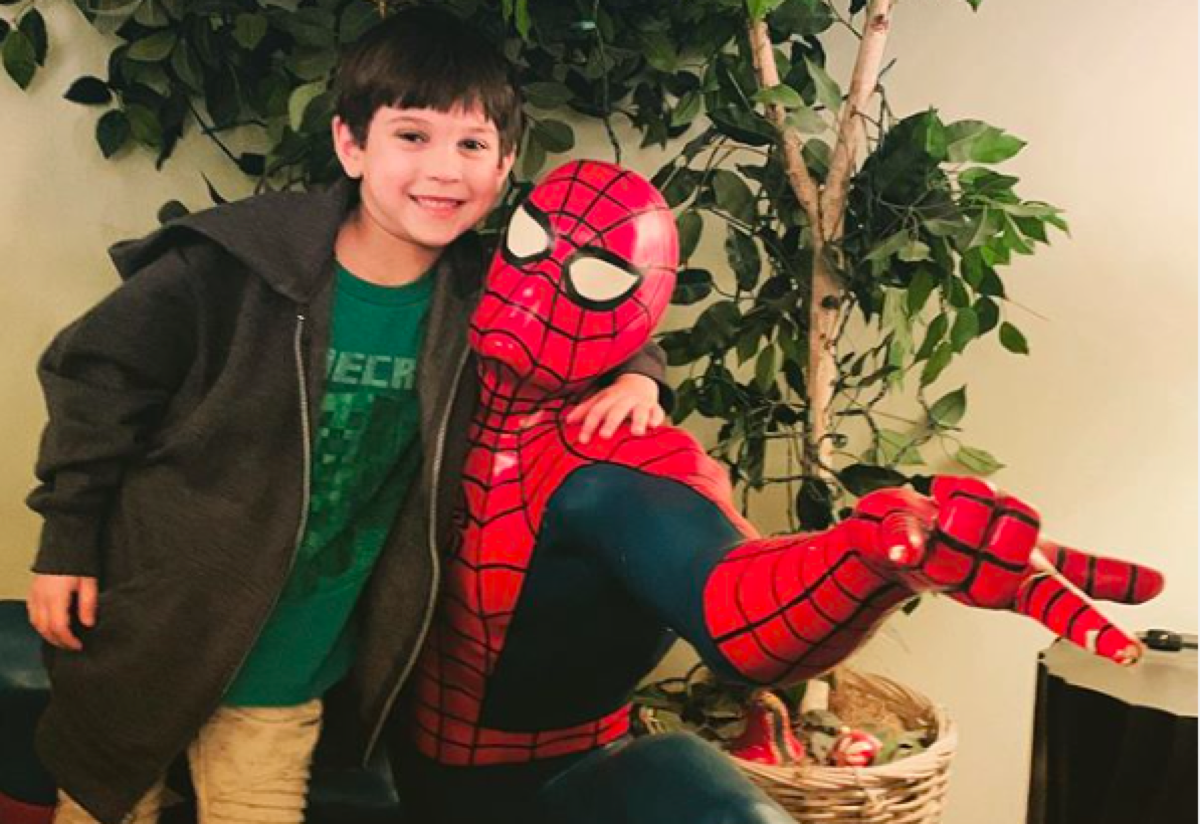 The Young and The Restless spoilers reports that young actor Henry Joseph Samiri, known for playing Douglas Forrester on the CBS daytime drama “The Bold and The Beautiful” recently had a surprise visitor in his on-set dressing room; Spiderman!

Henry was born on July 27, 2013 and is six years old. The role of Douglas Forrester is his first acting job, starting in March 2019 and he is a community theatre actor following in the footsteps of other family members. He has been involved in various community program as part of his families commitment to such causes. He does have an older brother, also an actor who played his television father “Thomas Forrester” (Matthew Atkinson) as a child on a recent episode of the daytime drama, named William Samiri.

It appears the two boys also have an older sister from looking at a post from around Christmas of 2019 where the three are seated on a couch posing. There is also a post on his Instagram account congratulating the sister for winning an ice skating competition but her name is not shown. He did write “So proud of my sister and her First Place win at her ice skating competition – She was AMAZING!! #proudbrother #siblinglove #kidathlete.” It is obvious all three of the siblings are talented, and she’s a little older than William.

Henry’s character, Douglas Forrester, is the son of Thomas Forrester and the late Caroline Spencer, played by Linsey Godfrey. He is the unofficial stepdaughter of Hope Logan, played by Annika Noelle, although in the show they do currently have a co-parenting agreement because Hope has fallen in love with the little boy and he with her, even though she is not his birth mother.

Caroline Spencer died when Douglas was too little to remember her so in essence, Hope is the only mother he has ever known, and so the two are very bonded and attached to one another and Hope and Thomas were married for a short time.

Current storylines have them bonding to one another again, with Thomas wanting to have a life with Hope although she has not been sure that she wants a life with him, although she wants to keep a mother-son relationship with Douglas.

Stay tuned to The Bold and The Beautiful, and keep checking Celebrity Baby Laundry for all the latest news, updates and developments!