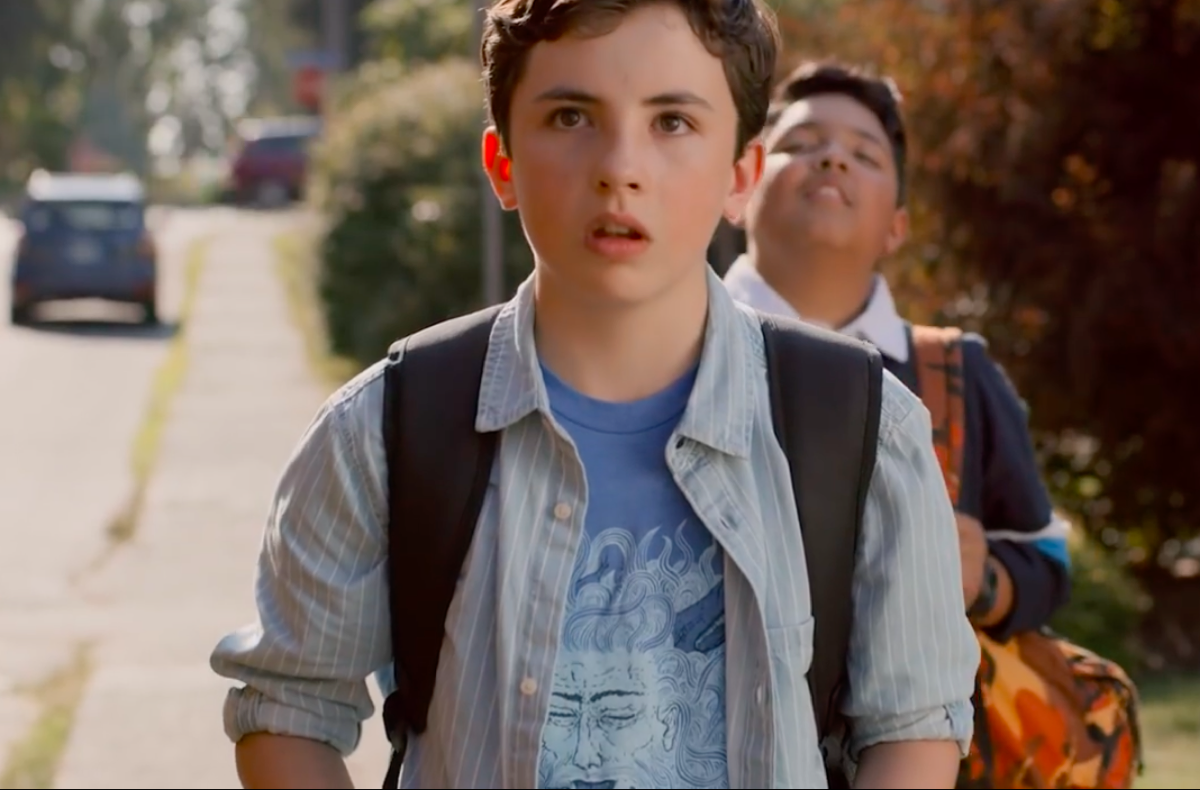 A new Netflix series is shining a light on kids’ social anxiety. This is unheard of in pop culture. Shows like 13 Reasons Why have shined a light on bullying and suicide. But there are very few kids’ shows that tackle tough topics like social anxiety and peer pressure.

This new kid-friendly series on Netflix that’s centered around pre-teens is nothing like anything you’ve seen on The Disney Channel or Nickelodeon. This show tells the story of 11-year-old Noah Ferris, who suffers from social anxiety disorder and needs an emotional support dog to get him through middle school.

Netflix News: A New Series Is Shining A Light On Kids’ Social Anxiety

Mauricio Lara is a 13-year-old actor who plays the lead character’s best friend. He understands how new and different this television show is. In an interview with CBS News, he said that he’s learned a lot from working on the show. “I think I’ve learned that the support system you have around you is so, so vital,” Lara said.

The show titled The Healing Powers of Dude follows this 11-year-old who deals with the ups and downs of pre-teen life. He relies on his emotional support dog, Dude, to get him through those difficult times. Noah’s friend group includes Emma and Simon, who also have important roles in his life.

The teen deals with socializing with other kids his age and having a dog around him always. The actor says that being on the show was fun, but it also became an important job. “It can’t not be fun being with a puppy all day long,” Lara said. “I think it’s amazing thing to have an emotional support animal, and I’m glad we were able to use one in the show.” Lara’s co-star, Sophie Kim, plays a friend Amara who must get around in a wheelchair. The actress was diagnosed with Ullrich Congenital Muscular Dystrophy and has been using a wheelchair ever since she was four years old.

Netflix News: The Inclusion Of Actors With Disabilities Is Very Rare In Hollywood

The inclusion of actors with disabilities is very rare in Hollywood. The show has already received acclamation from groups like Ability Magazine and RespectAbility. Lara has grown up so fast thanks to the series. He’s glad to be on a show that highlights people with mental health and disabilities.

“It’s a topic that’s been talked about among adults, but it’s not really talked about when it comes to kids,” he added. “There are so many kids who suffer from social anxiety disorder, and I think they’re just normal people trying to live their lives and they have the same struggles as us.”

Lara admits that he didn’t understand most of the topics addressed on the show. He hopes that working on the show and watching it will teach him and viewers some valuable lessons. The Healing Powers of Dude arrived to Netflix on Monday, Jan. 13.