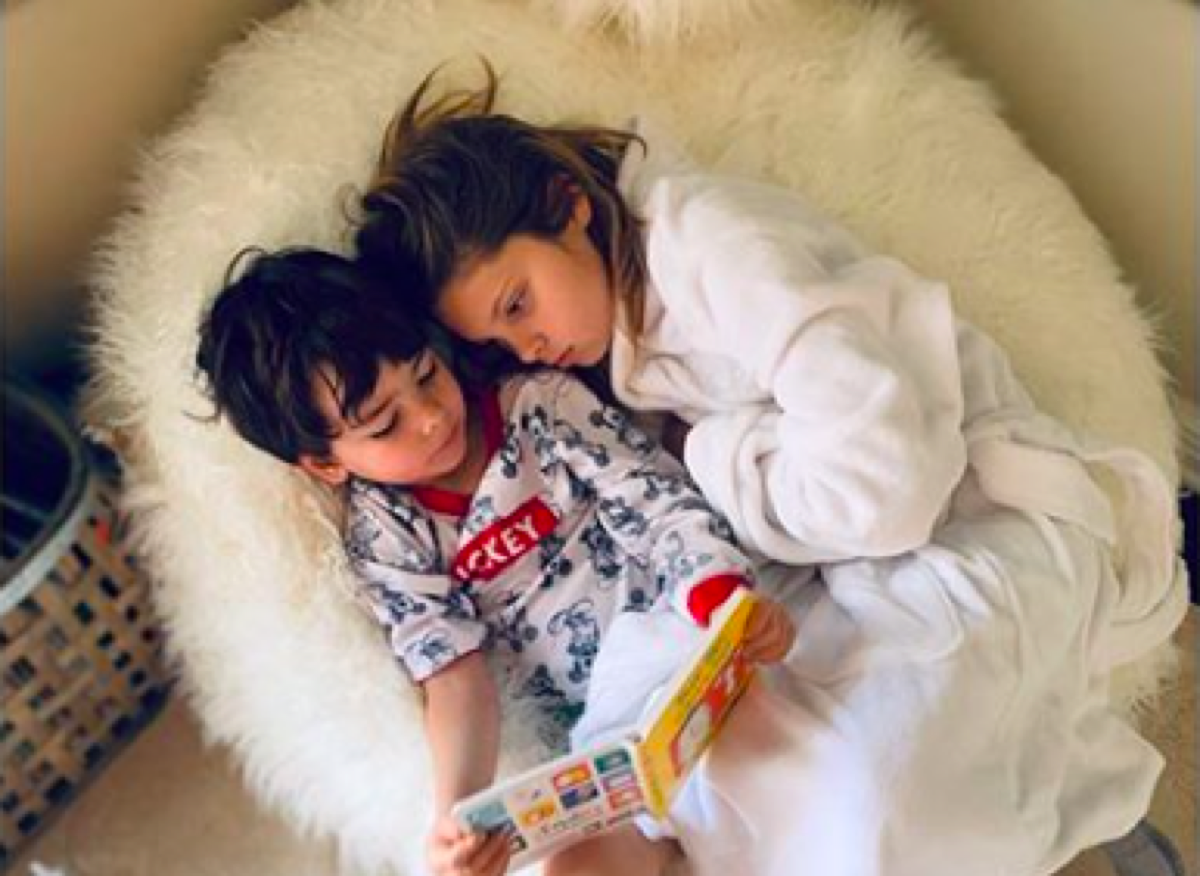 Y&R Spoilers: There’s A Book Basket, A Corner, And Natalia And Jameson Stafford Snuggled In A Big White Furry Thing

On Instagram, Michelle posted a photo of the new reading area which shows Natalia and Jameson snuggled up in a big white furry thing, which could be an extremely large stuffed animal such as a polar bear in a corner, close to a book basket! The top of the head is not shown so the type of stuffed animal cannot be determined. Michelle posted as follows: “This is our new “reading area” in the house that I just created this last week!

I’ll have the before and after this weekend! When they WANT to read… let them, ya know? Because they might not WANT to read later, especially in our electronic age. I figured if I created a special place (just for reading) it would be fun to read and create stories. #saturdaymorning” Whatever Natalia and Jameson are sitting in, it’s BIG!

Young And The Restless Spoilers: Michelle Stafford Launched “Skin Nation” In February Of 2019

Michelle, a single mother whose two children were created in-vitro and carried by surrogates, launched her own skin care line, “Skin Nation” not quite a year ago in February of 2019. She was inspired to learn more about the chemicals that people put in their bodies on a daily basis and how they affect peoples’ health after her sister was diagnosed with breast cancer. As a result of her research, the actress discovered that a great majority of the products that people put into their bodies are comprised of harmful toxins that have adverse effects on health and they may lead to more health-related risks in the future as well.

This is our new “reading area” in the house that I just created this last week! I’ll have the before and after this weekend! When they WANT to read… let them, ya know? Because they might not WANT to read later, especially in our electronic age. I figured if I created a special place (just for reading) it would be fun to read and create stories. ❤️ #saturdaymorning

As a result, Stafford created products that are natural and organic, and she even tested them on herself, so no animal testing was involved in their development. Skin Nation, was founded since Michelle believes that everybody can benefit from using natural, clean and inexpensive products. The goal of Skin Nation is to educate the public on what is healthy for the skin, and it promotes vitality and health, and she does a Facebook Live every week, usually on Sundays, to educate the public. You can find her Facebook Live broadcasts on her Facebook page, which shows a check in a blue dot to verify it is her official account.

Watch CBS’s daytime drama “The Young and The Restless” to see Michelle as Phyllis Summers, and check Celebrity Baby Laundry frequently for all the latest news, updates and developments!

10 Reasons To Take An Ocean Cruise