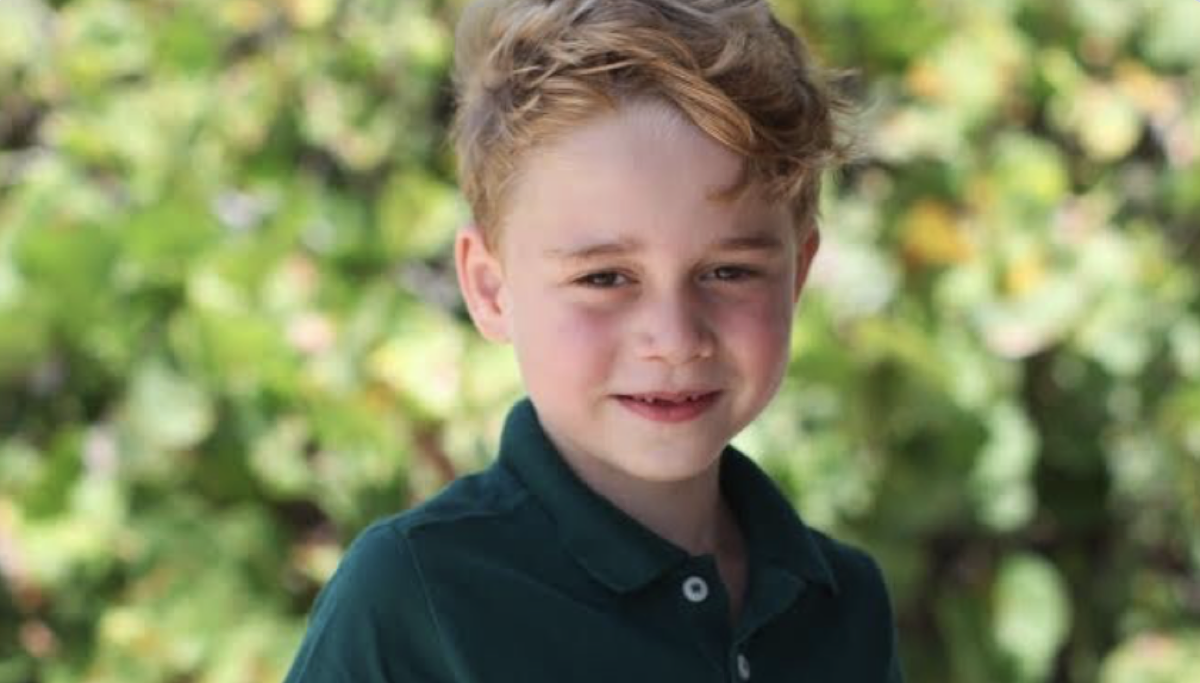 Prince George has many reasons to smile this week. That’s because he’s celebrating his birthday! The young royal is turning 6 and to mark the occasion Kensington Palace has released several new and never-seen-before photos of Prince William and Kate Middleton’s adorable son.

Sharing several photos of the young prince wearing two great accessories: an England football jersey and his smile, the posts were captioned with, “The Duke and Duchess of Cambridge are very pleased to share new photographs of Prince George to mark His Royal Highness’s sixth birthday. This photograph was taken recently in the garden of their home at Kensington Palace by The Duchess of Cambridge.”

Of course, this isn’t the first time that Kate Middleton has taken photos of her children to help celebrate their birthdays. As a matter of fact, the Duchess has made it a tradition of sorts, as she and Prince William share the photographs she takes of all three of their children to help mark their birthdays. Royal fans seem to love the one of Prince George laying down in the grass while showing off his toothless grin the best, as it seems less posed and more spontaneous than the other.

Now as far as Prince George and his birthday plans, Buckingham Palace has not made any comments but there’s a good chance that the future King of England celebrated his day with his closest family and friends. Even though Prince George and his siblings accompany their parents Prince William and Kate Middleton during their public outings, the Duke and Duchess make a huge effort in assuring that their private lives are kept private for the most part.

Either way, it’s great to see George smiling and so happy on his birthday. Here’s hoping that we continue to see that fantastic smile in the coming years. In the meantime, let us know what you think by leaving us a line with your thoughts in our comments section below.

And as always, come back to Celeb Baby Laundry for all the latest news and updates on all of your favorite celebrity parents and tots right here.