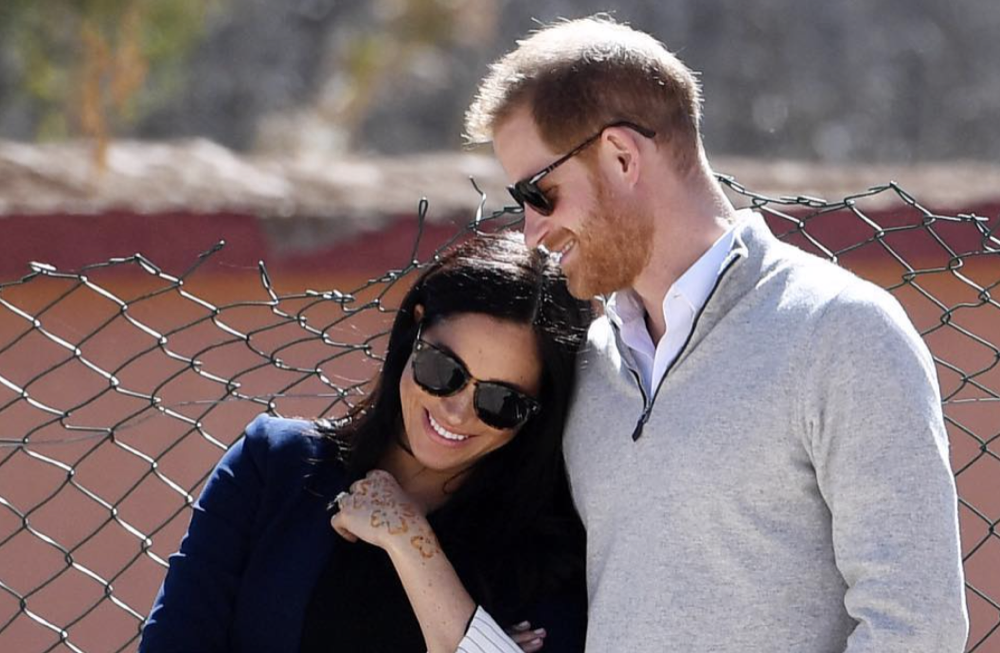 It looks like Archie Harrison is doing a very good job of keeping his parents Prince Harry and Meghan up during all hours of the night. As a matter of fact, the Duke of Sussex himself admitted that he and Meghan had a sleepless night with Archie right before a special baseball game in London this past week. Here’s what you need to know.

The Duke and Duchess of Sussex were on hand for the New York Yankees and Boston Red Sox game in London but unfortunately were running on very little sleep. Prince Harry revealed that he and Meghan had a hard time putting little Archie to sleep the night before. For a lot of new and first-time parents that sounds pretty typical, right? The sleepless nights usually last for the first year of a baby’s life.

The Duke and Duchess of Sussex spent time shaking hands and posing for pictures before the game. They also attended a reception where they met athletes from the Invictus Games. The organization is actually the brainchild of Prince Harry. He found the games back in 2014 for injured servicemen and women.

Tonight, The Duke and Duchess of Sussex attended the first of a two game series of the Major League Baseball #LondonSeries, in support of @WeAreInvictusGames. Tonight’s highly anticipated game between the #Yankees and #RedSox took place at London stadium, Olympic Park. The @WeAreInvictusGames, of which His Royal Highness is Founding Patron, has been selected as charity partner for the @MLB 2019 series. The Invictus Games Foundation is the international charity that oversees the development of the Invictus Games, an international adaptive multi-sport event in which wounded, injured or sick armed service personnel and veterans participate. It celebrates the power of sport in recovery and how it can help, physically or psychologically, those suffering from injuries or illness. The word ‘invictus’ means ‘unconquered’ – it embodies the fighting spirit of the competitors. As part of the partnership, the Invictus Games Foundation have a team participating in London’s #Softball60, the social softball series built for the city and targeted to introduce the sport to new audiences and demonstrate that it is an inclusive sport. On this #ArmedForcesDay, tonight’s event was also a chance for Their Royal Highnesses to shine a light on the men and women here in the UK and around the world who have sacrificed so much for their country. Discover more about the Invictus Games Foundation through the link in our bio. Photo credit: PA

During the event, Harry and Meghan met a woman by the name of Bianca Rainbow-Jones and her 9-month-old daughter Raphaella. Apparently, Bianca got to chat a little bit with the Royals and they got to talk about parenting.

“We talked babies! They said, ‘We’ve just left [the screaming] – we had that about an hour before we came here!’ Harry said they had a sleepless night,” Rainbow-Jones said, according to People Magazine.

Meghan Markle Is On Maternity Leave

Even though Meghan Markle is currently on maternity leave right now, this is the second public appearance she has made since the birth of Archie Harrison. The first one was during the Trooping the Colours festivities back in June. Earlier reports indicated that Meghan plans on staying on her maternity leave until at least the late summer. The Duchess already has a few royal engagements penciled into her calendar as well as a highly-anticipated trip to Africa with Harry. Their son Archie will also be visiting South Africa with his royal parents. We can’t wait to see all their exciting pics!

In the meantime, don’t forget to check back with Celebrating the Soaps for all the latest news and updates right here!