Meghan Markle Plans To Raise Her Baby With American Traditions 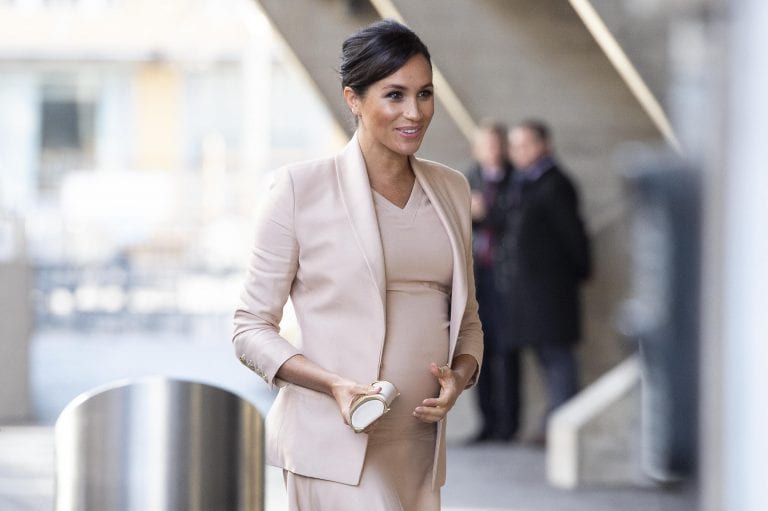 Even though she’s a member of the British royal family, Meghan Markle refuses to forget her roots. There are new reports that say the former Hollywood actress plans on keeping her American traditions and will bring “her own sense of parenting,” according to a royal expert. Meghan is currently expecting her first child with her husband, Prince Harry.

According to reports, the Duchess of Sussex plans on bringing her own sense of parenting that will reflect on her own American traditions. Royals observers believe that Meghan will manage to find a way to merge that with royal traditions and everything else that is expected of a royal baby.

“I think what we’ve seen with Meghan that makes her so unique and I think has really endeared her to people is that while she has a great respect for the traditions of the monarchy, the cultural institution that she married into, she also showed this ability to bring her own sense of identity, her heritage, being an American into being a royal.”

Nicholl also pointed out that while a lot of critics raised their eyebrows over Meghan Markle’s lavish baby shower, it was actually thrown by her friends overseas. What’s more, the British monarchy had no trouble with Meghan celebrating her baby shower, especially since her father-in-law Prince Charles thinks that she is the best thing to ever happen to Harry.

“I think that the royal family understands that Meghan’s heritage and culture of being an American are very, very important to her,” Nicholl continued. “We saw that with the baby shower — it’s not particularly an English thing to do, but it is an American thing to do. It was important to Meghan and she was very much allowed to go and enjoy that tradition. I think we will see her embrace parts of her cultural identity in the way that she and Harry raise the child. And I think it will be done with the full blessing of the queen.”

Keep up with Celeb Baby Laundry for all the latest news right here!