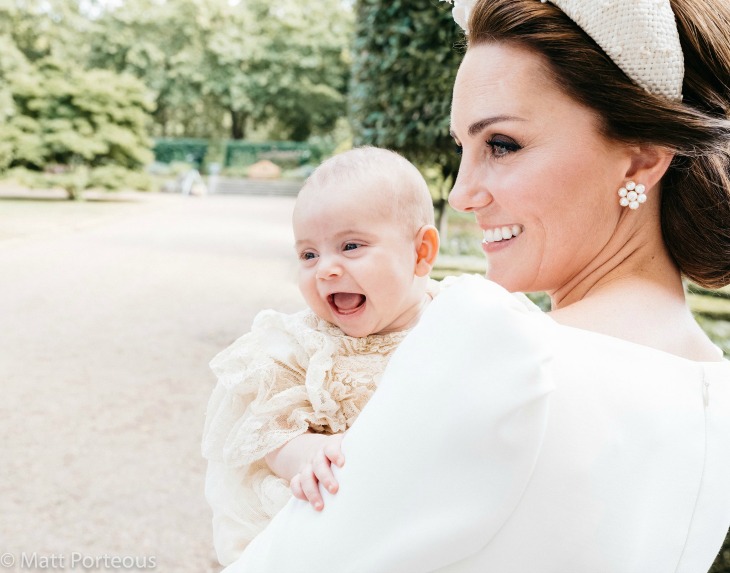 Prince Louis is growing up fast! Kate Middleton recently gave a rare update on his youngest son during her recent trip to Dundee, Scotland. According to the Duchess of Cambridge, nine-month-old Louis is proving to be quite an energetic infant.

People reported that royal photographer Mark Stewart overheard Kate tell the crowds that Prince Louis is now a “fast crawler.” Babies usually start to crawl between six to 10 months, and the young prince has clearly mastered this milestone. It won’t be long before he joins his older siblings, Prince George, and Princess Charlotte, in their adventures!

Prince William and Kate Middleton’s youngest son rarely makes appearances unlike Prince George, 5, and Princess Charlotte, 3. But that is soon about to change as Prince Louis is about to turn a year old on April 23. Kensington Palace is likely to release an official portrait, just as it did when George and Charlotte turned one. And pretty soon, he will surely be photographed accompanying his royal parents on their official trips.

Prince William and Kate Middleton often give personal updates about their children while talking with the crowds during their official engagements. Earlier this month, Prince William also spoke about another Prince Louis milestone while attending the London’s Air Ambulance Charity. According to the proud dad, his youngest son is now teething and loves chewing his toys.

Kate Middleton was in Scotland this week to visit the Victoria and Albert Museum where she is a patron. The 37-year-old Duchess is an art history graduate and is an avid fan of the arts. She was accompanied by Prince William during this official trip.

Dundee, Scotland is a special place for both Prince William and Kate Middleton, as it is just a few miles away from the University of St. Andrews. It can be remembered that the royal couple went there for college, and it is there where they first met and fell in love. The Prince fondly remembered the place and told the crowd it was lovely seeing their alma mater as they flew past it.