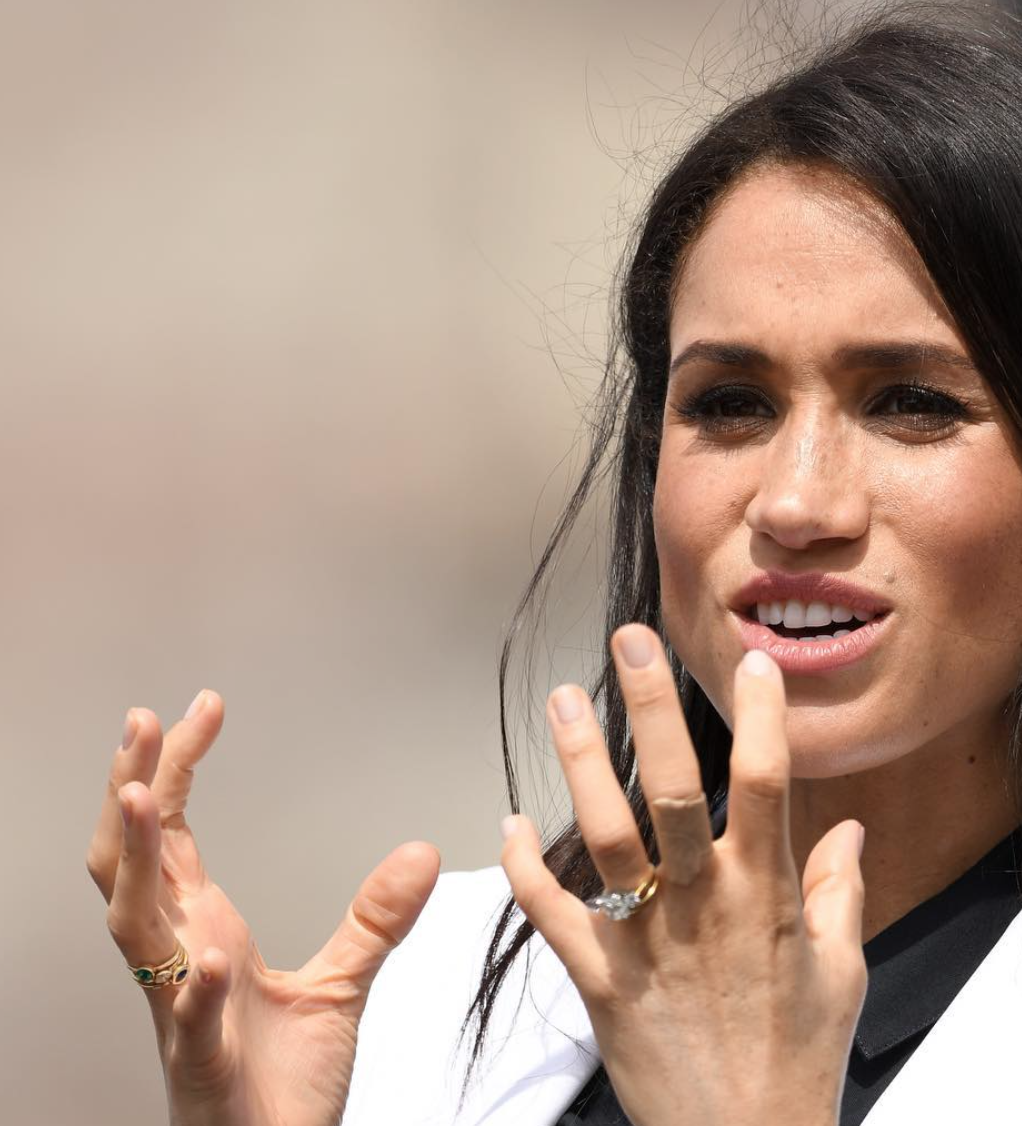 Meghan Markle Due Date Revealed? The Duchess of Sussex might have provided involuntary clues!

Meghan Markle’s due date has been revealed, at least so say some of her fans. What is the Duchess of Sussex’s giveaway? The hint lies in the ring that she wore on October 20, as she and Prince Harry were attending the Invictus Games in Sydney, Australia as part of their Commonwealth tour.

“The Duchess of Sussex chooses our Ecksand Showcase collection of stackable ethical gemstone rings in blue sapphire, emerald and marquise diamond set in 18K sustainable, recycled gold to attend the opening of the Invictus Games in Sydney, Australia today! (Link in bio to shop the rings.),” Ecksand said.

We know one thing, which is that the Duchess of Sussex made the selection of the rings herself.

The Duchess of Sussex chooses our Ecksand Showcase collection of stackable ethical gemstone rings in blue sapphire, emerald and marquise diamond set in 18K sustainable, recycled gold to attend the opening of the Invictus Games in Sydney, Australia today! (Link in bio to shop the rings.)

What can this possibly mean? Our sources have been hard at work to find meaning in these details. For one, Prince Harry’s birthday month is September so we can check mark off the blue sapphire since that is the birthstone for that month . Markle’s birthday is in August, and that month is associated with the evening emerald (peridot). Since we know that the diamond is the stone for April, and since we know that the other two stones match the Royal couple and soon-to-be parents, that can only mean that the due date is in April!

We don’t know the exact due date as of yet, but we at least have narrowed it down to a month. Of course, pregnancies can see unexpected circumstances so there is always a possibility that the birth month could be either March or May, depending on whether the Duchess of Cambridge gives birth early or late.

What are your thoughts, does the the detective work by our team of experts check out in your mind? Sound out below to let us know.

Other Duchess of Sussex and Prince Harry News

Don’t forget to follow us on social media for up-to-the-minute news on your favourite Royals, wit heavy dose of the Duchess of Sussex and Prince Harry as they rock the world during their Commonwealth Tour.

Before Disney World do These Five Things at Home

Prince William And Kate Middleton To Homeschool Their Children During Coronavirus…

Prince William & Kate Middleton Have Difficult Holocaust Conversation With Their…

WHERE IN THE WORLD IS THE GO TO FAMILY?

We’ve been traveling for