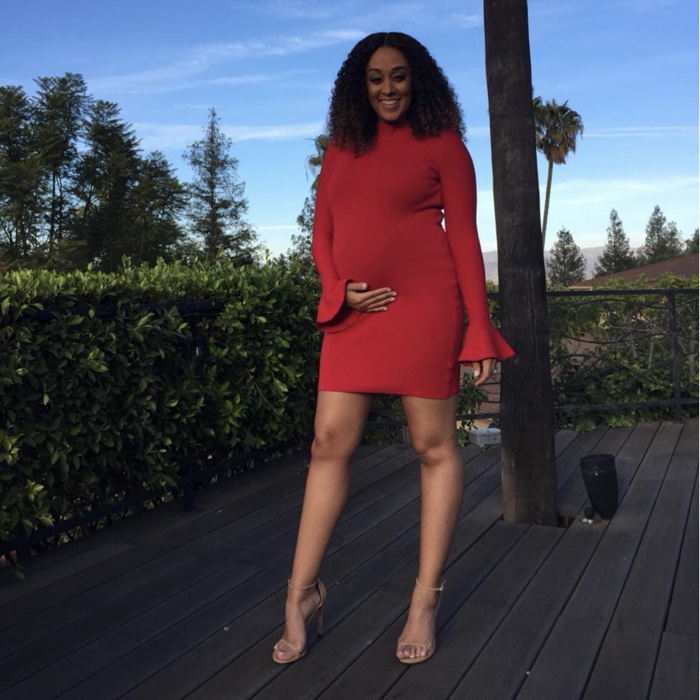 Tia Mowry took to Instagram to share a new photo of herself and her growing baby bump on Tuesday.

In the shot, the actress wears a bright red dress paired with heels while she cups her belly with her hand.

“😘,” she simply captioned the picture.

Mowry recently opened up about her marriage to Cory Hardrict in her new YouTube series, Tia Mowry’s Quick Fix.

“He’ll put something on the board and he’ll say, ‘Tia, I know that that’s going to come to pass’, and I’m like, this dude is crazy,” she shared. “Then it comes to pass and not only that—he taught me how to believe in myself more than I believe in myself. He is like my biggest supporter and biggest fan.”

In November, Mowry announced she was pregnant with their second child.

The star and Hardict are already parents to 6-year-old Cree.

They married in 2008.
Continue Reading