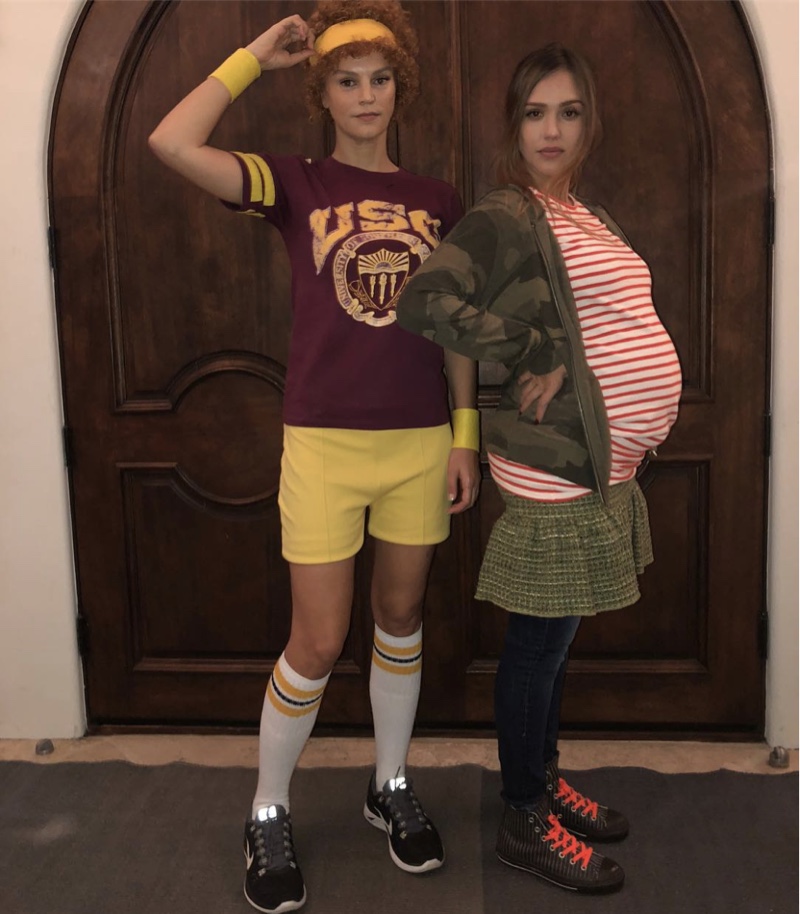 The Honest Company founder incorporated her growing baby bump into her costume theme by dressing as Juno from the popular film with actress Ellen Page. Alba’s friend Kelly Sawyer dressed as Bleeker who is played by actor Michael Cera in the movie.

“#juno #happyhalloween @kellysawyer and I 👫,“ Alba captioned the shot.

Alba recently revealed that she is expecting a baby boy.

She shared a gender reveal video with her daughter’s Haven and Honor via Instagram.


In other news, the actress opened up about her cravings while making an appearance on The Tonight Show With Jimmy Fallon.

“I didn’t think I was craving anything until I realized I’m craving Japanese food all the time,” said Alba, who is trying to stay away from sweets. “I actually dream about desserts but I’m trying not to gain so much weight with this baby,” she explained of her sugary craving for “all the shaved ice with ice cream on the bottom.”

This will be the third child for Alba and husband Cash Warren.