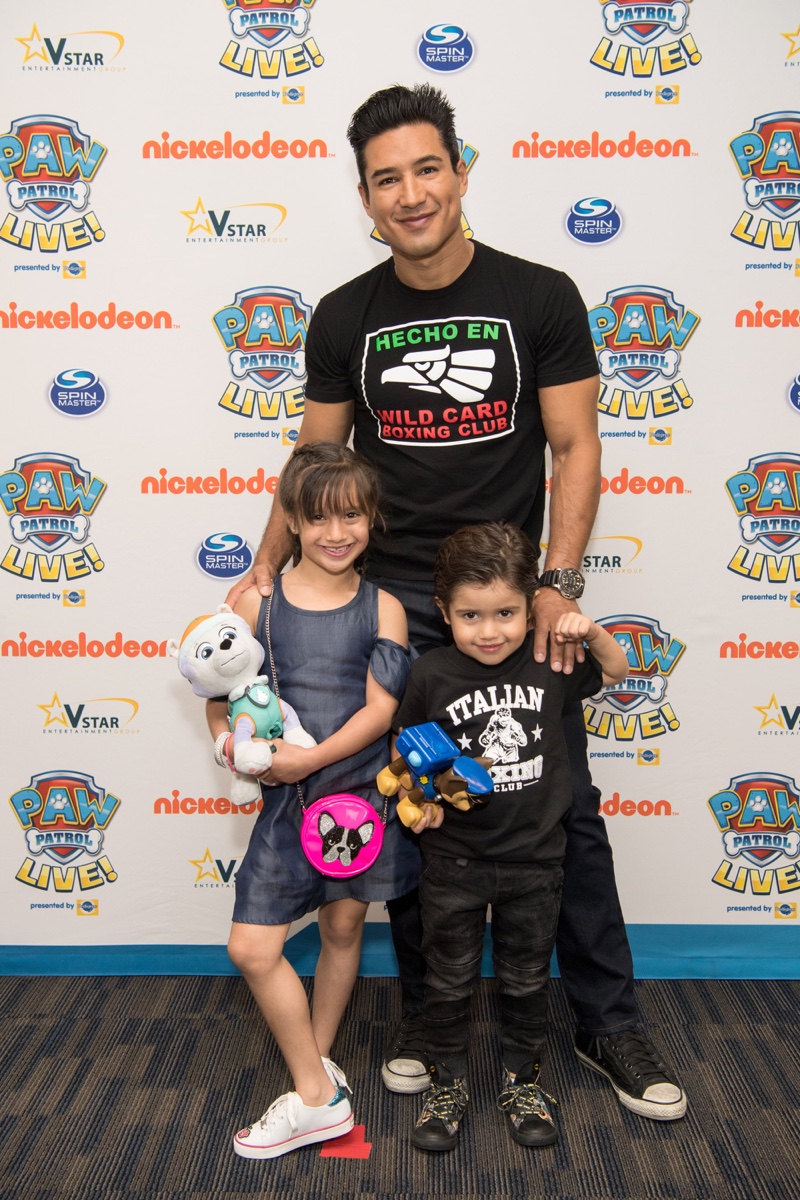 Mario Lopez and his children Gia & Dominic attended the PAW Patrol Live! ‘Race to the Rescue’ at Dolby Theatre in Hollywood, CA on Sunday (Oct. 16).

The Extra host was dressed casually in a black t-shirt, jeans, and sneakers while smiling for pictures. Gia held an Everest plush while Dominic held a Ryder toy.

In August, Lopez revealed that his family has made him the happiest man.

“My wife, my kids, my dogs, they just complement everything in my life,” he told TODAY. “It’s like a team effort now. This is honestly the happiest I’ve ever been. I feel very blessed with everything that’s going on both professionally and personally.”