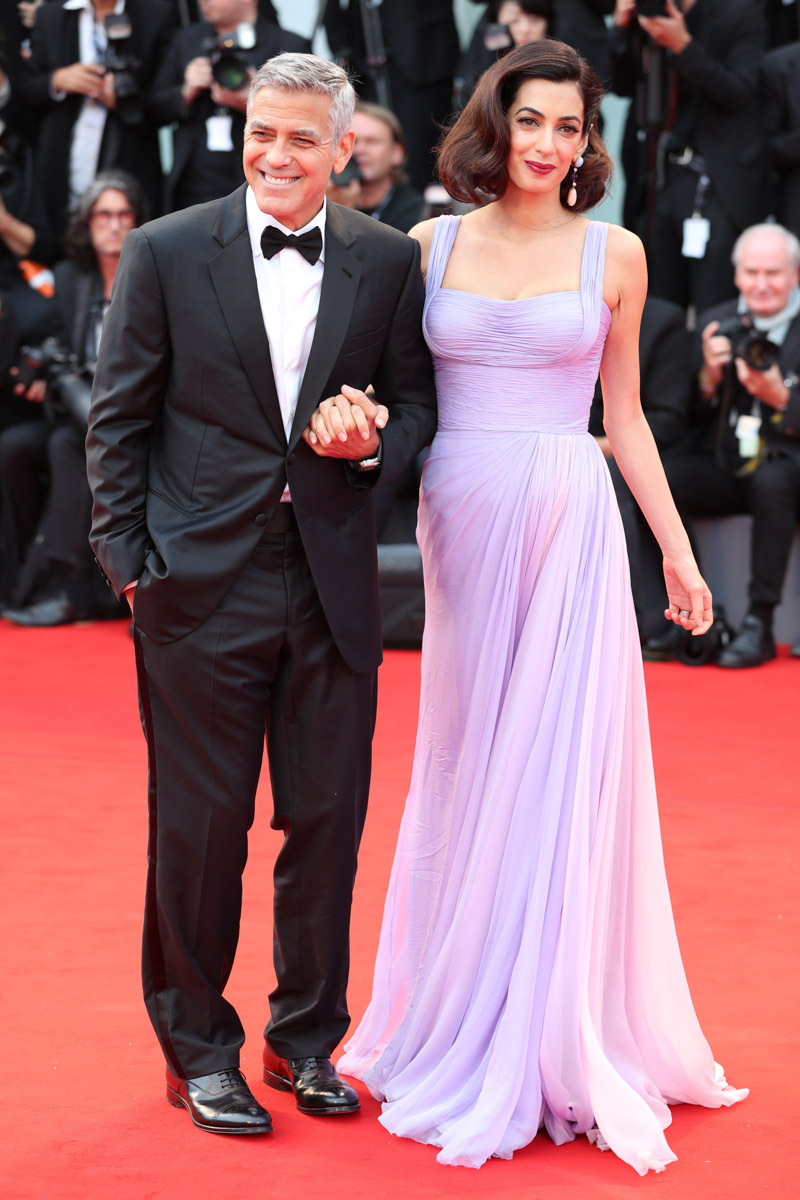 George Clooney sat down to talk about his new movie, Suburbicon and his life wife Amal and their twin babies Ella & Alexander in a new interview.

The actor admits that getting married and having children was not always part of the plan,

“When Amal and I met and when we got married it became really clear we were lucky… It seemed selfish not to share some of that luck with some other people,” Clooney told Extra.

When it comes to his twins that were born in June, Clooney says their already very different than one another.

“He weighs three pounds more than his sister,” he said, while adding, “They’re born with a personalities. Ella is very elegant and dainty she has these big beautiful eyes, she looks like Amal… He’s just a thug, he’s a fat little boy, he laughs louder than everyone in the room, it’s the funniest thing.”

Clooney says he and Amal love their twins, but they won’t be adding more children to their family.

The star and the human rights lawyer married in 2014.