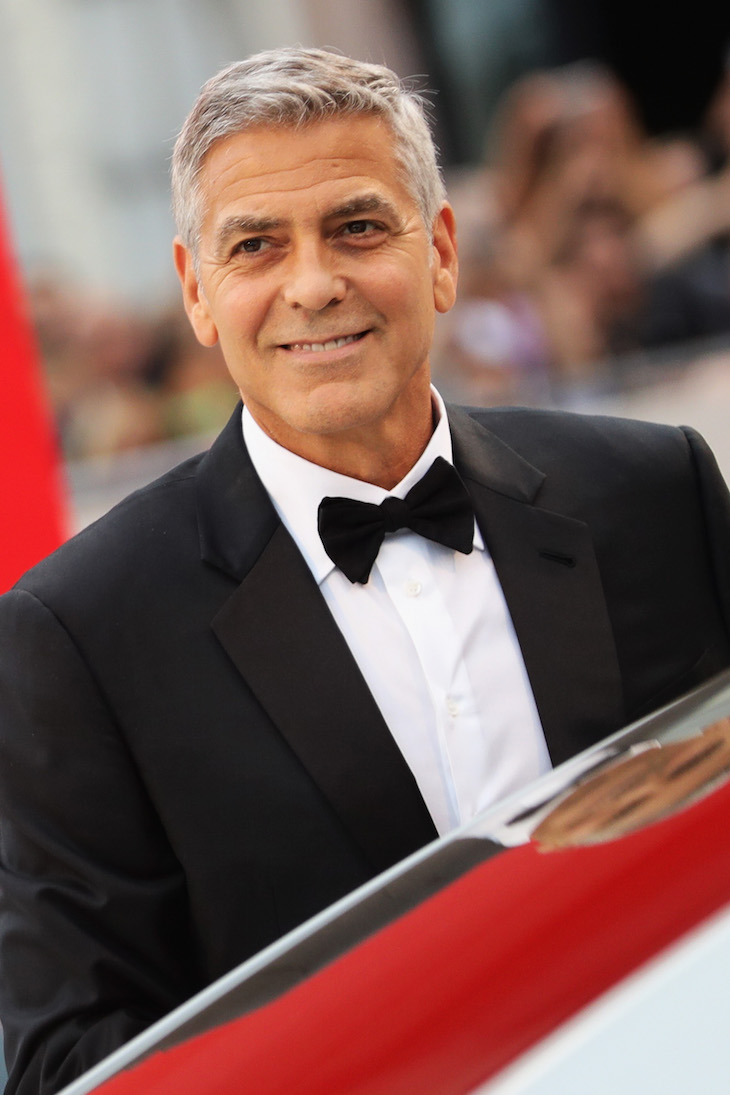 Now that George Clooney is a father, he absolutely loves talking about his new role as a parent to his 3-month-old twins, Ella and Alexander. In fact, the Hollywood actor recently opened up about his children and how they have very different personalities.

Both George Clooney and his wife Amal Clooney made their post-baby debut at the 74th Venice Film Festival in Italy this week. Even though George is promoting his latest movie, Suburbicon, he couldn’t help but gush about his children Ella and Alexander and how much fun he’s having as a new parent. The couple welcomed their twins back in June.

According to People Magazine, George admitted that he was pretty surprised to see just how different his twins are. He said, “They start out with a personality right off the bat. [Alexander] is a thug already. He’s a moose! Literally, he just sits and he eats.”

He also had nothing but praise for his daughter Ella. He said, “She’s very elegant, and all eyes. She looks like Amal, thank god.”

George also revealed that he and Amal didn’t want to pick trendy Hollywood names for their twins and that’s why they chose classic names instead.

The proud celebrity dad explained, “We figured these kids are going to be looked at a lot and watched and [have their] every move sort of judged, and we wanted them to at least have a break with the names. So we looked for some sort of normal names. We didn’t have any great inspiration. It wasn’t Alexander the Great and Ella Fitzgerald.”

Stay tuned with CBL for all the latest news and updates on George Clooney and all of your favorite celebrity parents right here!