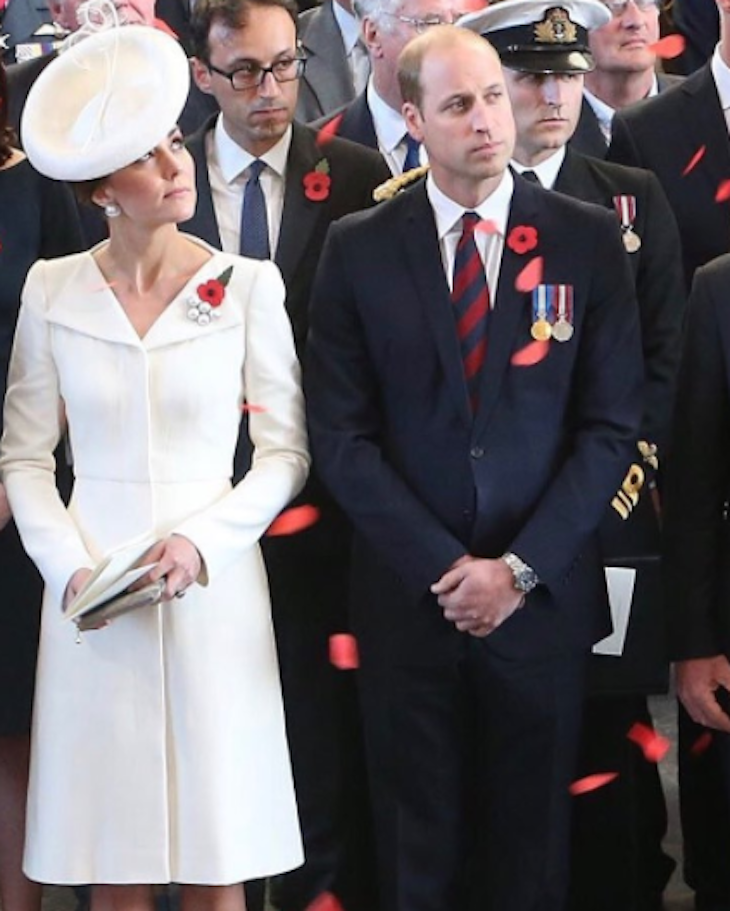 Kensington Palace has shared some very exciting news about Prince William and Kate Middleton’s growing family! The Duchess of Cambridge is expecting the couple’s third child. William and Kate already are parents to their 4-year-old son, Prince George and 2-year-old daughter, Princess Charlotte.

Kensington Palace released a statement with the royal couple’s pregnancy announcement that said, “Their Royal Highnesses The Duke and Duchess of Cambridge are very pleased to announce that The Duchess of Cambridge is expecting their third child. The Queen and members of both families are delighted with the news.”

Unfortunately, Kate Middleton has already canceled all of her royal engagements and her public appearances because she is once again suffering from Hyperemesis Gravidarum, which is a form of extreme morning sickness. The Duchess is currently being cared for at Kensington Palace.

What’s more, their new bundle of joy will be the fifth in line to the throne, relegating Prince Harry down to sixth in life for the throne. If Kate’s third child is a boy, he will not displace his sister Charlotte in the line of succession.

According to People Magazine, Prince Harry is delighted with the pregnancy news. He told reporters in Manchester that he feels “fantastic, great. Very, very happy for them.” When asked about his sister-in-law, Harry added, “I haven’t seen her for a while but I think she’s ok.”

Congratulations to the Duke and Duchess and their entire family on this very exciting news! So far Kate Middleton has not revealed her due date, although it’s safe to say that she’ll be giving birth sometime during the early Spring. It’s without a doubt though that the entire world will be on royal baby bump watch! In the meantime, don’t forget to check back with CBL for all the latest Kate Middleton pregnancy updates and news on your favorite celebrity parents!

Breastfeeding Tips: How to Treat Soreness