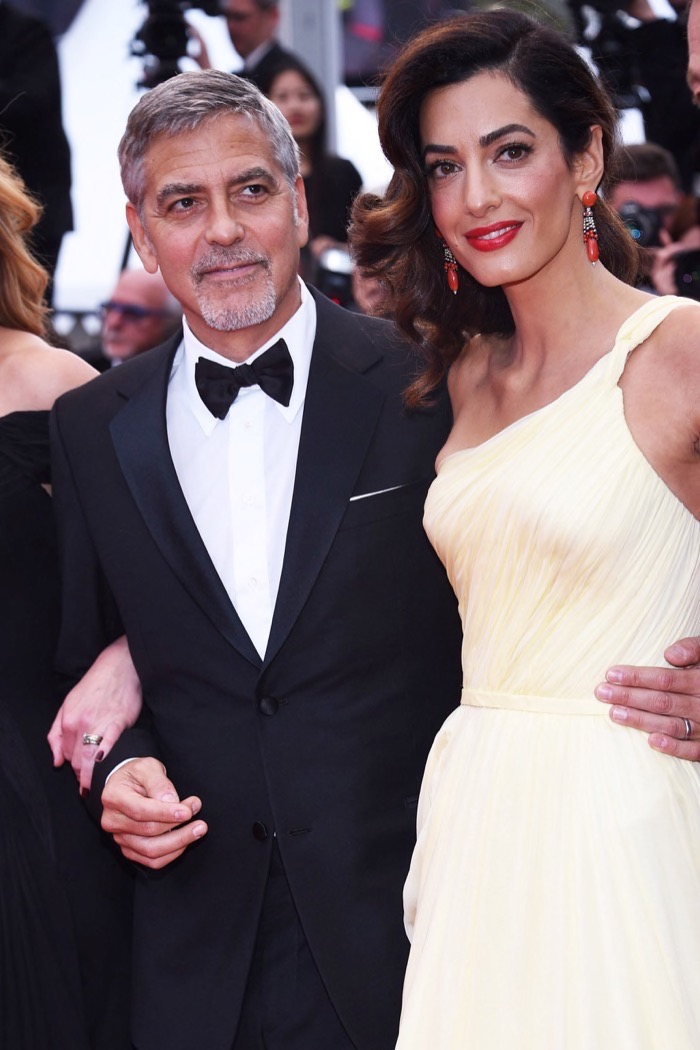 The Talk‘s Julie Chen confirmed the news during the show Thursday.

“Congratulations are in order for George and Amal Clooney! The Talk has confirmed that the 55-year-old superstar and his highly accomplished 39-year-old attorney wife are expecting twins,” Chen said. “Now, what we did find out that no one else is reporting, is that the twins are due this June!”

“I was working with him last fall and he pulled me aside on set and I mean, I almost started crying. I was so happy for him. And I was like, ‘how far along is she?’ And he goes, ‘eight weeks,” he told ET Canada. “I’m thrilled for him. She’s amazing. He hit the jackpot. Just on every level. She is a remarkable woman. They’re gonna be great. They’re gonna be awesome parents. Those kids are lucky.”

George and Amal having married in September 2015. They tied the knot in Venice, Italy.