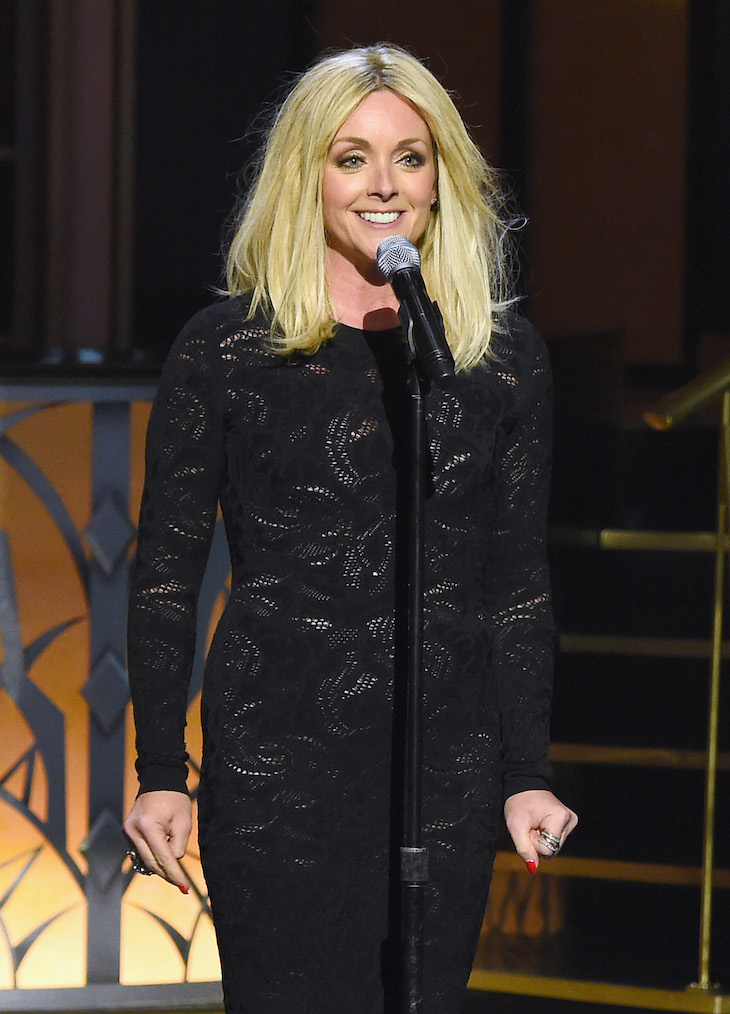 It looks like Jane Krakowski is getting ready for back-to-school season just like many other parents out there! The 30 Rock alum says that while she loves watching her 6-year-old son Bennett Robert grow up, she can’t believe that he’ll be entering the first grade this fall.

Jane shares her son with her ex, Robert Godley. Jane and Robert both live in New York City, where they also work together to co-parent Bennett. Speaking to People Magazine, Jane says that she feels very fortunate to have spent a lot of quality time with her son over the summer. They spent plenty of lazy days at the beach and at camp.

She also said that even though she has some pre-school jitters, Bennett is far from nervous about the new academic year. In fact, he’s ready to start the year, learn new things and of course, continue making new friends.

Jane revealed, “I think the transition to kindergarten was more weighty on me than him, even. I think probably on most parents just because that seems like a big step and of course, getting the acceptances – the applications and acceptances to New York schools is a very big deal.”

With just a few short weeks to go, Jane says that they are already preparing for the first day of school. That of course includes getting up every morning and heading out the door on time.

The proud celebrity mom said, “We’re settled in and we love his school and now he goes into a different door and he’s a typical kid. It’s really sweet,” adding, “He is a real ham. [He’s] a fun, dramatic child.”

Tell us, how are you and your children getting ready for the new school year? Also, don’t forget to check back with CBL for all the latest news on Jane Krakowski and all of your favorite celebrity moms right here!