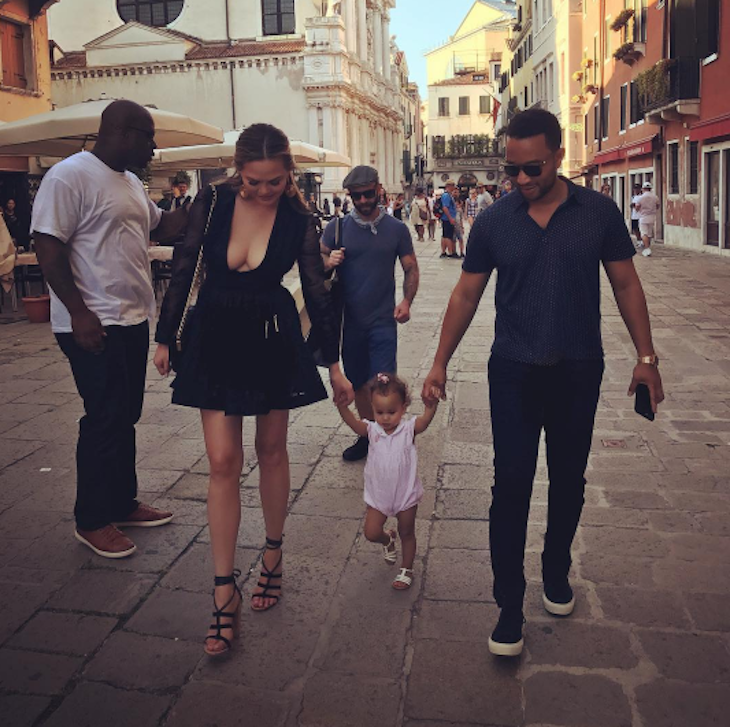 For Chrissy Tiegen, she wants to turn all of her wrongs into rights especially now that she’s a mom. The Instagram celebrity and model recently opened up about her struggles with alcohol and how she’s trying to be a better person for the sake of her 16-month-old daughter, Luna. She shares the young tot with her husband, singer and songwriter John Legend.

The model mom opened up about her personal struggle in the latest issue of Cosmopolitan Magazine. Chrissy says that one of the reasons why she attended a wellness and treatment center in Bali, Indonesia was because she knew she had to take care of herself and her issues before things got out of hand.

She told the publication that she has a history of alcohol abuse in her family. And she certainly doesn’t want to continue the trend, especially now that she has to look after her precious daughter Luna.

Chrissy explained, “I got used to being in hair and makeup and having a glass of wine. Then that glass of wine would carry over into me having one before the awards show. And then a bunch at the awards show. And then I felt bad for making kind of an ass of myself to people that I really respected. And that feeling, there’s just nothing like that. You feel horrible. It’s not a good look for me, for John, for anybody.”

Chrissy also says that she takes medication for her postpartum depression and anxiety and admits that drinking alcohol is the last thing she should be doing.

She continued, “Nobody really brought it up to me,” she said. “They just assumed that it was OK because I always felt OK the next morning. I knew in my heart it wasn’t right. It makes you very short with people. People think it’s cutesy and fun to go on these boozy brunches, but there’s more to it. I’ve never once been like, ‘I’m sure glad I had that boozy brunch!’”

For more, pick up the latest issue of Cosmopolitan Magazine, available on newsstands now.

Lauren Conrad Is In No Hurry to Lose Her Baby Weight