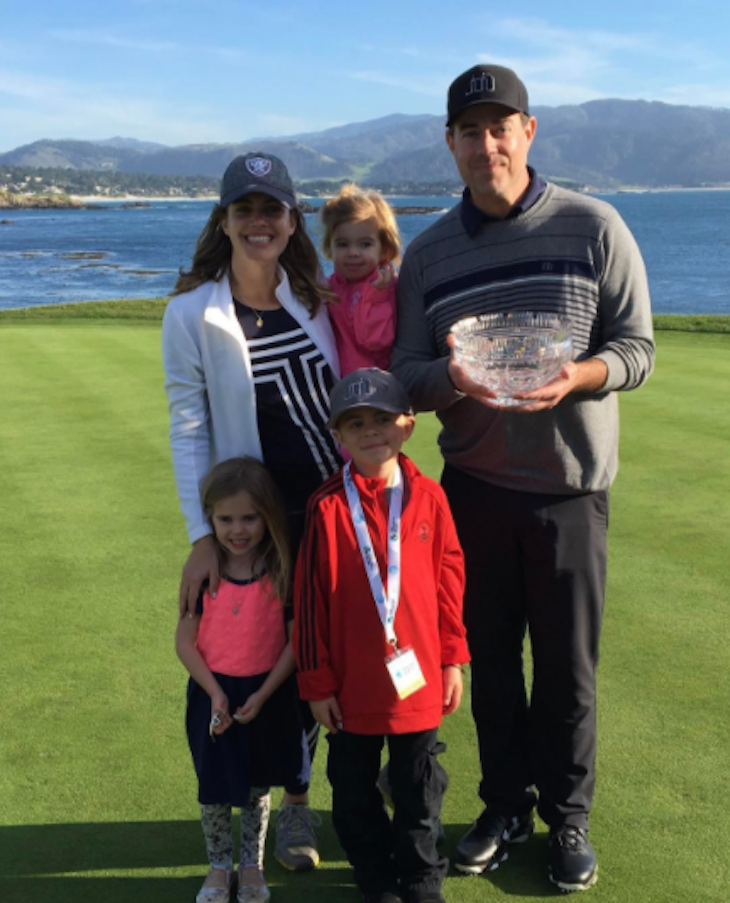 Carson Daly is prioritizing his family life over his career. The television host recently announced that he’s quitting his radio show as he wants to focus more on his family and fatherhood. Carson and his wife Siri have three children, Jackson James, London Rose and Etta Jones.

Carson, who many of his fans remember as the host of MTV Total Request Live from the late 1990’s, told his radio listeners that he’s stepping down as the host of his show because he wants to spend more time at home with Siri and their three children.

He said, “Today is my very last day on AMP radio… The truth is… the reason I’m going to stop doing radio for now is that I just want to have breakfast with my kids. I want to thank you guys. It’s been really incredible.”

The 44-year-old Today show host worked at 97.1 AMP for eight years. Yet, he says that he knew deep down inside that it was time to step back from the job. That’s because he wants to spend as much time as possible with his children. In other words, he doesn’t want to miss out on all the special moments and milestones at home with his family.

Carson explained, “It’s just time. Anybody who knows me knows I work and travel a ton. I felt it was time for something to give. I want to spend more time with my kids, my wife. Eat breakfast with them and drive them to school. Of all the jobs I have, being a father is far and away the most important to me. It’s time to put family first. Life is moving at warp speed. I don’t want to miss any of it at home.”

And while he won’t be on the radio anymore, Carson will still continue his hosting duties on the Today Show.